Trailblazers under 40: Co-founder and CEO of Sustenir Agriculture has a grand and green vision to share. 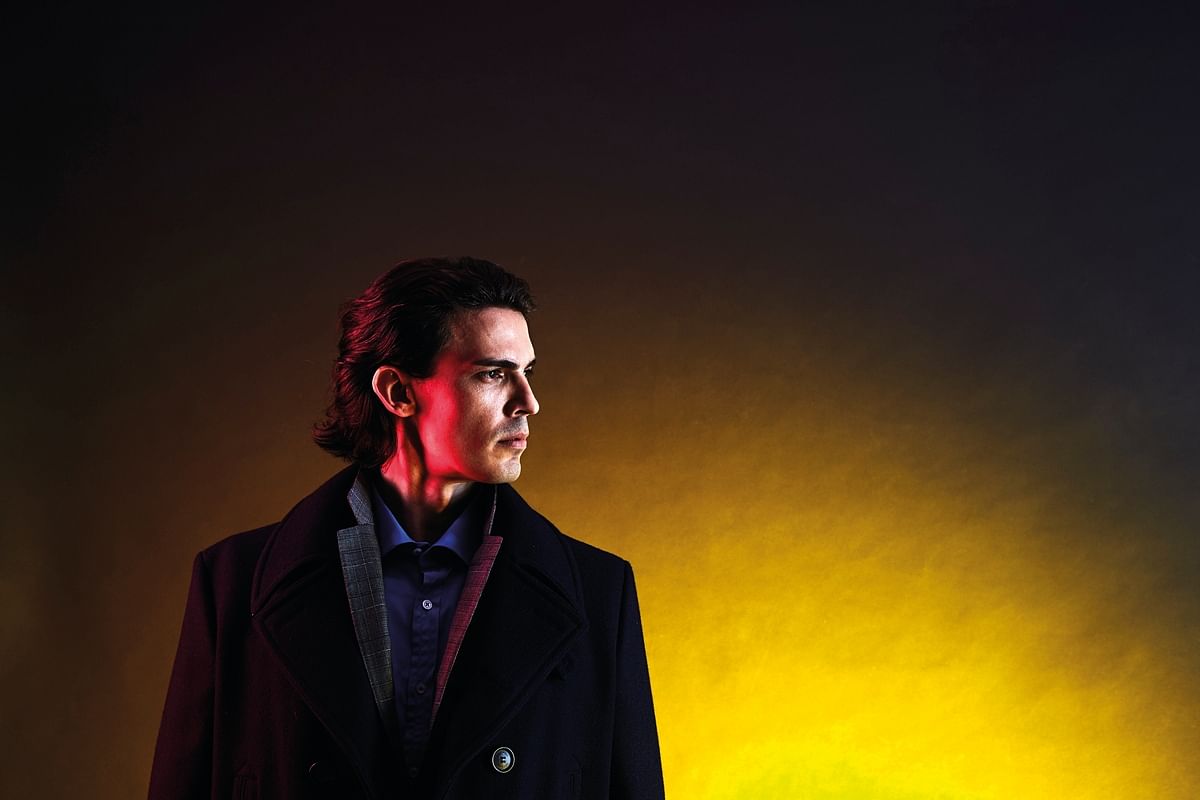 [dropcap size=small]B[/dropcap]uilt to be completely sealed off from the external environment, Sustenir Agriculture’s high-tech farming facility in the Admiralty industrial estate offers a glimpse of the future for food. The brainchild of Benjamin Swan, a former engineer, the 8,000 sq ft farm comprises tiers of tightly packed plants illuminated by colourful LED lights. Anyone entering must don lab coats and surgical masks before undergoing an air shower to ensure that no foreign material is introduced. “The plants are 100 per cent clean and are free of pesticides and pollution such as heavy metal contamination. Freshly harvested, they can be eaten unwashed,” says the 37-year-old co-founder and CEO of Sustenir.

He plucks kale and arugula leaves, cherry tomatoes and strawberries right off the plants, offering them around for a taste. Nurtured with a careful mix of nutrients, the kale isn’t as bitter and fibrous as regular kale, the arugula has a pleasant peppery aftertaste, and the fruits are intensely sweet and juicy.

The patented farming system enables precise calibrations in lighting, nutrients, temperature and air – allowing the crops to grow in half the time required of traditional farming and with 95 per cent less water, says Swan. In a 54 sq m space, Sustenir’s growing system produces one tonne of kale per month and double that for lettuce.

“WE COULD TAKE OVER DILAPIDATED BUILDINGS OR ABANDONED LOTS AND GROW AMAZING PRODUCE FOR THE COMMUNITY.”

Swan, who’s always been passionate about sustainability, grew up spending a lot of time at his grandfather’s cattle ranch just outside Sydney, where he cultivated an appreciation for the natural world. When the Australian moved to Singapore in 2008 as a construction manager for Marina Bay Sands, it was to work on the building’s green features. Subsequently, as regional project manager at Citibank, he oversaw the construction of its regional offices to meet sustainability standards.

In 2012, he read an article about vertical farms and believed his skills in project management and engineering put him in an advantageous position to increase the efficiency of those operations. That very night, he sketched a series of prototypes for an indoor farm system that could be set up in any building. To refine the model, he spent the next six months meeting farm operators and professors around the world.

“Not having an agriculture background allowed me to think outside the box, speak to the professionals about they way they did things and take sound bites from everyone to craft my own hypothesis,” he says. To test his theories, he set up a makeshift “farm” in the basement of co-founder Martin Lavoo’s home. There, he experimented with the conditions affecting plant growth, playing with multiple permutations of everything from light to nutrients. “We’ve taken farming from analogue to digital by capturing big data around plants,” he says, of the 18 months he spent testing about 48 iterations of the system before launching Sustenir in 2013. To date, the company has been self-funded by Swan and Lavoo.

Today, the facility is producing at full capacity and grows arugula, lettuce, tomatoes, strawberries, and two types of kale. The kale, harvested daily, is sold at over 50 Cold Storage outlets and supplied to restaurants including Les Amis, Da Paolo, Tung Lok Group and Salad Stop.

He emphasises that Sustenir has no intention to drive local farms out of business. “We grow non-native crops that otherwise wouldn’t do well in these environments.” Sustenir’s kale, for example, can keep for two weeks. At $8 for 200g, the company’s Toscano kale retails for 20 per cent less than imported organic American kale.

This year, Sustenir is setting up a farm in Hong Kong. There are also plans to establish an R&D laboratory to further improve the efficiency of crop growing. Swan sees this as just the beginning. “Unlike other growers that need to build a superstructure to house their equipment, our growing environment has been designed to go into any building as a plug-and-play system. We could take over dilapidated buildings or abandoned lots to grow amazing produce for the community. It’s an opportunity to fight the good fight and make a difference.”

“My mother’s Mauritian, so my wife and I eat a lot of interesting dishes that have Indian, African, French, and Chinese influences.”

“I hit the gym in the morning. It mentally prepares me for the day. I also love outdoor activities like sailing, diving, and rock climbing.”

“My mentors are my mother – who’s a savvy entrepreneur – and father, a former university lecturer and inventor.”