Why is Brunello Cucinelli the “King of Cashmere”?

The unorthodox fashion head found his fortune in a sweater. 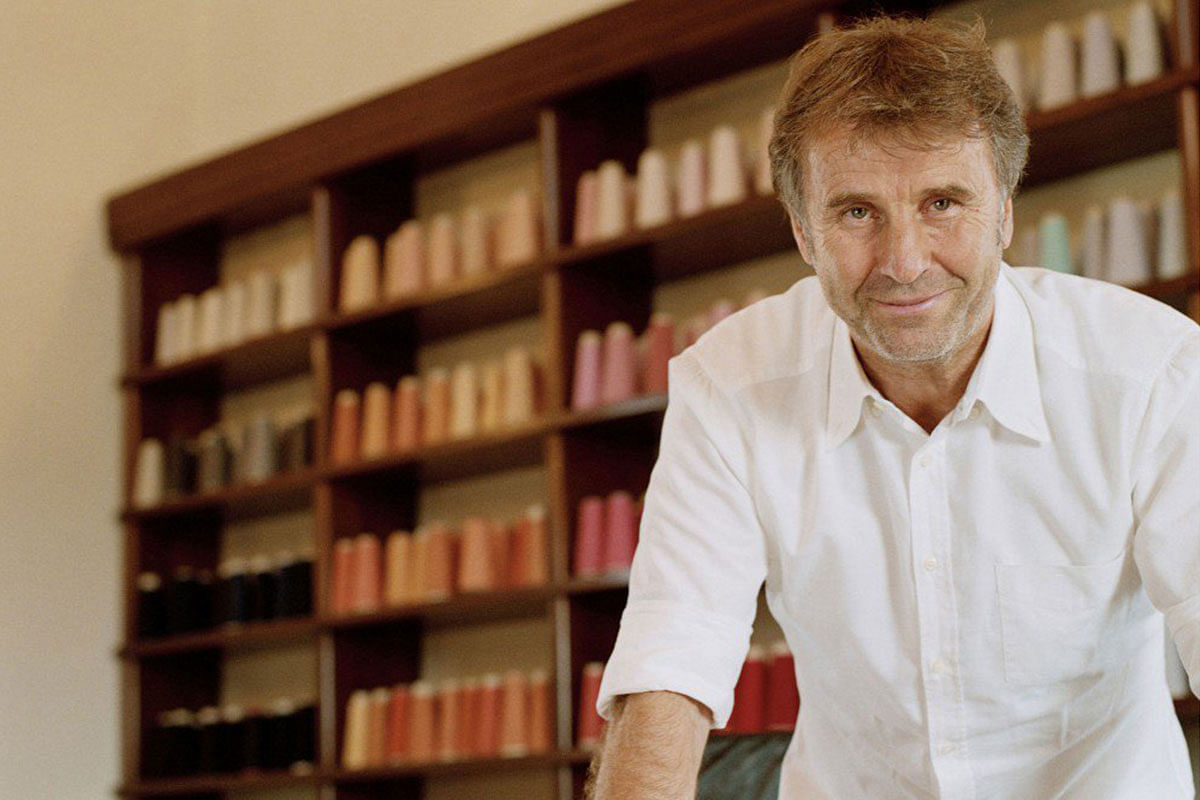 [dropcap size=small]S[/dropcap]ome people find their fortune in gold, silver, precious gems. Brunello Cucinelli found his in a sweater. Not just merino or alpaca, mind you, but cashmere. His ability to spot the potential of this Rolls-Royce of wool in 1978 set the stage for the rise of his eponymous design house, where S$3000 for a sweater is common.

When he first began, “cashmere was only available in men’s knitwear and in basic colours,” Cucinelli recalls. Given cashmere’s longevity and superior quality, he took the bold step of dyeing cashmere to create his first designs – a six-piece collection of coloured womens sweaters.

One of the reasons Cucinelli chose to work only with cashmere was his belief in the teachings of American economist Theodore Levitt, who promoted the value of specialising in one single product in order to enhance its quality. “But perhaps the most important one,” Cucinelli admits, has to do with cashmere’s lasting qualities. “A cashmere sweater never ends up in the bin, it is passed on to others as its quality and charm last over time.”

Coming from a humble background as a farmer’s son, Cucinelli learned empathy at a young age through hardships and life lessons imparted to him by his father. Which is why today, as the head of his cashmere-and-suiting empire, his business is driven not just by the bottom line but an altruistic spirit.

Says the unorthodox capitalist whose clothes are worn by the world’s Who’s Who from Prince William to Jennifer Lopez: “From the very beginning, my main objective has been to make profit in an ethical manner, and to build a business based on human values so as not to harm anyone and, in fact, improve the conditions of the people and environment involved.”

Today, the Brunello Cucinelli headquarters sits in a refurbished 14th-century castle, located right in the middle of the Umbrian countryside. Cucinelli continues to pay it forward by investing huge sums of money to revitalise the medieval village of Solomeo, which represents the core of his family, business and spiritual life. His decision to take his company public in 2012 was to “open the company to the world” and since then, has found many partners that appreciate and support this philosophy.

“We have grown considerably, but our approach is still unchanged: the workplace must be beautiful as it is a source of inspiration for creativity. Nobody clocks in or out of work and the company closes at 5.30pm for everybody, every day, since it is important to devote time to oneself, family and dear ones.”

So, when you shell out thousands for a Brunello Cucinelli sweater, you know you’re paying for a high quality of life and superior quality of product. All the materials used are 100 per cent locally sourced and go through a sustainable manufacturing process.

He sums up the term luxury as “a product of the highest quality and craftsmanship – not distributed excessively, and almost made to measure.” But to Cucinelli, luxury is also a concept he associates with the many activities of his life which includes a walk in the woods near his home and time spent with his family.

It’s an egalitarian business model that has served him well and serves as an inspiration for other brands as sustainability becomes a key fashion direction. To think that he started out just making very nice sweaters, but what he did in the past is what other brands are only just starting to follow.