The co-founder and managing partner of the investment firm reveals a bold, rebellious streak beneath his soft-spoken exterior. 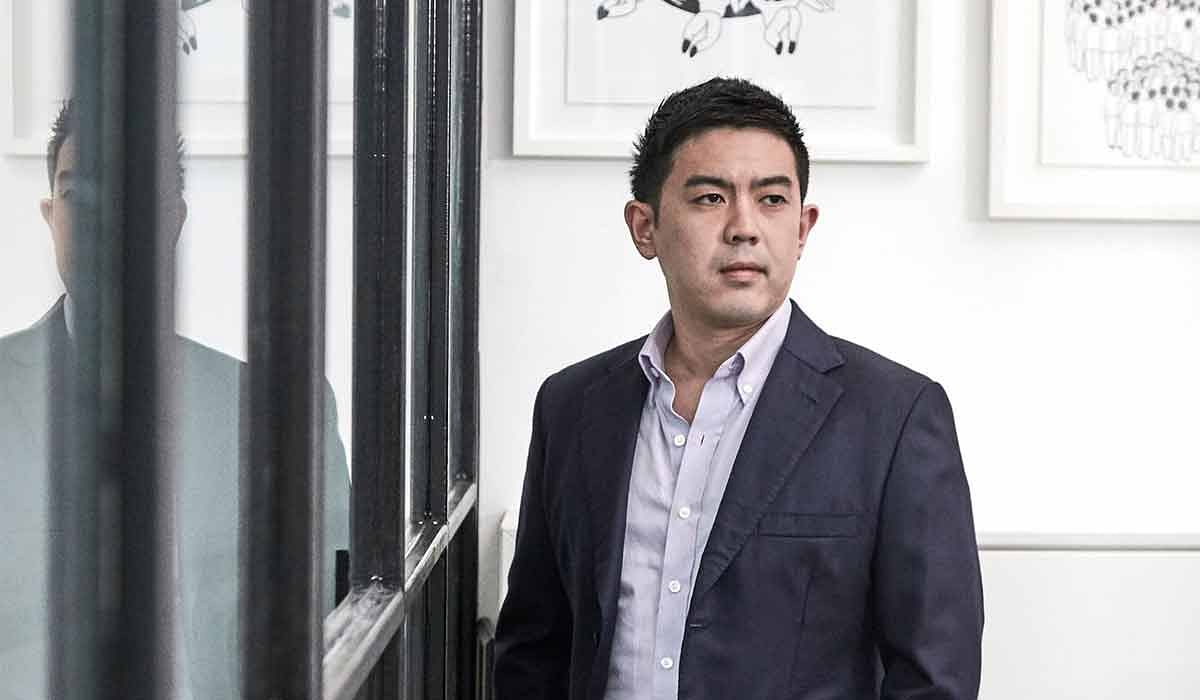 [dropcap size=small]I[/dropcap]f walls could talk, they might have something to say about Lim Kian Chun. The 26-year-old managing partner and co-founder of investment firm Cerana Capital might be quiet and soft-spoken in person, but his actions reveal a bold, rebellious streak. He lets on that he has travelled to London and Japan to get tattoos, carefully positioned so they are concealed by his clothing.

A budding art collector, he selects his art based on gut feel, ordering them from online art galleries such as The Artling. “It’s a bit of a crapshoot, you never really know what you’re getting until it arrives,” he says. Not that that has prevented him from purchasing any pieces.

(RELATED: Should you start buying art for investment or collection?)

Lim, who holds a bachelor’s in law from King’s College London, relies on his well-honed intuition in his professional life, too. Before buying fine-dining outfit Bacchanalia, he invited his father, a seasoned businessman, for a tasting session. “Don’t buy the restaurant,” the older Lim said. Despite his father’s reservations and the fact that the restaurant was in debt, Lim decided to proceed. “It was a very attractive investment, because it was cheap for a restaurant with a Michelin star. We saw the potential for us to make something out of it,” he explains.

Since the takeover last January, the company has overhauled Bacchanalia’s back-end operations as well as refurbished its premises. Lim also brought on L’Atelier de Joel Robuchon’s former head chef, Vianney Massot, to head the establishment last August. “I’d never met Massot before but it happened that he had a mini farewell at our restaurant, following the announcement that the Robuchon restaurants at Resorts World Sentosa were closing,” Lim says. He took the opportunity to offer Massot the position of head chef.

(RELATED: Meinhardt executives share why human capital is the most important investment)

“We’ve turned the restaurant around and it’s profitable now. We have a talented chef and the aim is to be the best French fine-dining experience in Singapore,” says Lim, adding that Massot’s revamp of the menu to focus on fresh, seasonal produce has received positive reviews. “I would say it has been a success so far.”

Lim’s interest in entrepreneurship and investing was nurtured by his parents – his mother is a retail forex trader – who would discuss business and macroeconomics at the dinner table. At age 22, he made his first angel investment in investment platform Fundnel, which to date has sourced for collective deal opportunities worth over US$800 million (S$1.1 billion).

At 24, Lim started Cerana Capital with partner Justin Tan by pooling $1 million of investments and capital together. With a portfolio totalling over $10 million, the firm has garnered a reputation for being a hands-on investor. Lim says: “We are fairly small but we punch above our weight. Start-ups like working with us. We give them leverage. We are not afraid to get our hands dirty… we’re not afraid to put in the work.”

To that end, Lim has his work cut out for him. On the agenda for the first quarter of this year is a new capsule hotel called Circular House, which is co-owned and co-managed by Ebb & Flow, Cerana’s food and beverage arm. The venue will also house The Dragon Chamber, a global Chinese restaurant launched in partnership with Tung Lok Group.

01 SOUL FOOD
I eat at fine-dining restaurants for research but I prefer simple hawker fare or my grandmother’s food. I enjoy a good wonton mee from Eng’s.

02 TO INFINITY AND BEYOND
When it comes to books, I like science fiction by Isaac Asimov, as he imagines and explores possibilities about the future.

03 POWDER ON
I’ve been snowboarding for 15 years and have done so in Niseko, Japan; Les Arcs in the French Alps; Canada; and Finland.

(RELATED: Meet The Prive Group’s Yuan Oeij, the man redefining what it means to be a modern-day restaurateur)