The Hollywood branch of CruBox attracts celebrities such as Hailey Bieber, Usher and Nicole Scherzinger. 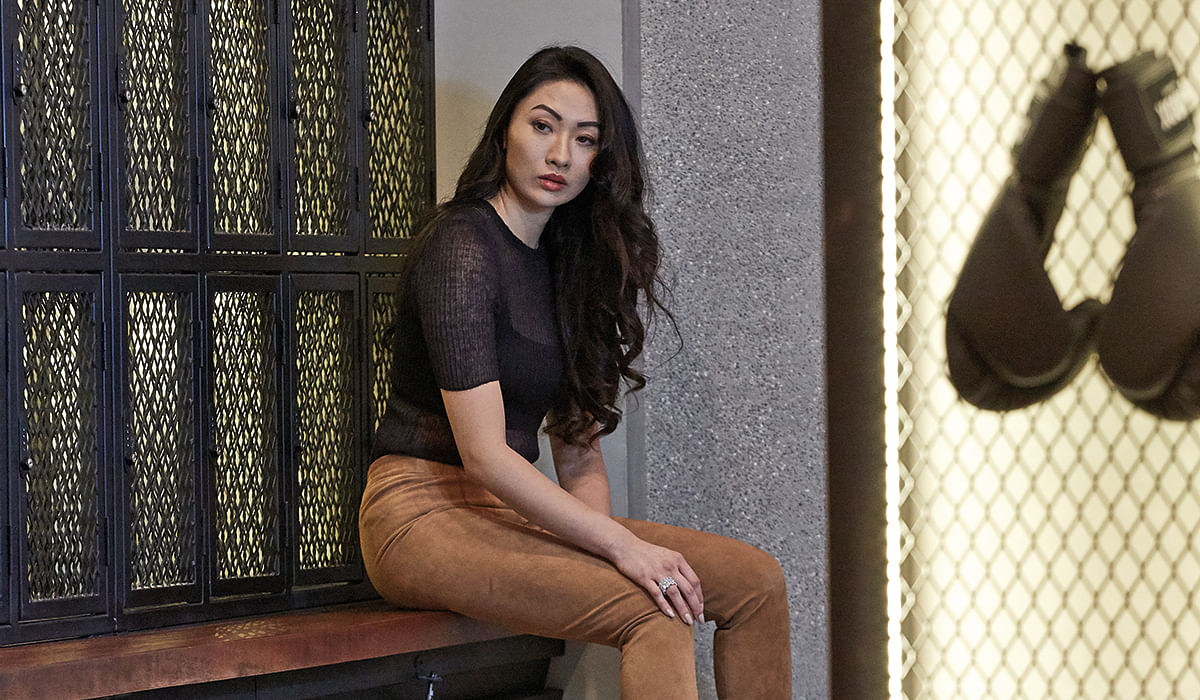 When Valerie Ding, CEO and co-founder of Crubox, decided to start her own boxing studio, little did she imagine that she would end up throwing jabs and hooks in what has since become arguably one of the most prestigious boxing gyms in the world.

In 2016, fresh off the success of CruCycle, now a cult spin studio on Duxton Street she launched with siblings Beatrice (Bebe, for short) and Calvin, she went looking for another fitness concept to expand their brand.

Although a Los Angeles girl at heart – all three Dings attended high school and college there – she returned to Singapore to scope out its burgeoning boxing scene.

On finding out that there wasn’t a programme that combined traditional boxing techniques with studio-based high intensity training exercises done to a “beat dance” she had envisioned, she created her own.

To do that, she and Bebe trained at Wild Card West, a gym affiliated with Freddie Roach, a renowned boxing coach who’s worked with Manny Pacquiao, Mike Tyson and Julio Cesar Chavez Jr.

“When I first walked in, it was like ‘What the hell are we doing there?’ We were two little Asian girls training among pro male fighters. It was very intimidating,” she recalls.

Still, they stuck with it, sweating it out for three hours every day over more than two months. “We were there to learn the foundation of what we wanted to do on our own. At the time, many studios didn’t have that kind of foundation, so we really immersed ourselves in the real boxing world,” she says.

Their grit won them the respect of the fighters there, and they teamed up with Julian Chua, a professional American boxing coach schooled by Roach, to create a fitness programme they would go on to launch as CruBox.

When they opened the inaugural CruBox studio on trendy Melrose Avenue early last year, it was the first of its kind, says Ding. It soon became a celebrity magnet, attracting devotees such as Hailey Bieber, Usher and Nicole Scherzinger, and was even featured in an episode of TV’s Keeping Up With the Kardashians.

“It was as if we had hit the jackpot,” says Ding. “There was so much competition and anxiety over whether we would succeed. As two women from Singapore trying to open this thing in Hollywood, we didn’t want to fall flat on our faces.”

CruBox Singapore, housed above its sister spin studio CruCycle in a Duxton Road shophouse, opened in late January. Like the one in LA, it features a studio with dimmed lighting and sand-filled punching bags. Classes are conducted to a thumping musical beat.

Women, in particular, have gravitated to CruBox’s classes. “They are fun and it feels less intimidating, less exposed to judgement, in the dark, but you will quickly realise we are teaching authentic techniques,” says Ding.

“Boxing may be predominantly male dominated, but women do feel stronger after doing it. Our goal is to help them feel tougher, more empowered and outspoken after our classes.”

I avoid a lot of sugary foods and I don’t eat junk food.

I use the Headspace app for meditation. We’re so on-the-go and connected to our phones that it’s increasingly important for me to find time for myself and my mental health. That five or 12 minutes of meditation helps.

I train for an hour at CruBox four times a week here. Sometimes, I have one-on-one ring sessions in LA.

Combines authentic boxing techniques with high-intensity cardio and strength training for a full-body workout. Classes are conducted in a dimmed studio to the beat of a curated playlist, which changes with every session.