Guiding women in early to mid-careers in communication skills started from a passion project of network sessions. 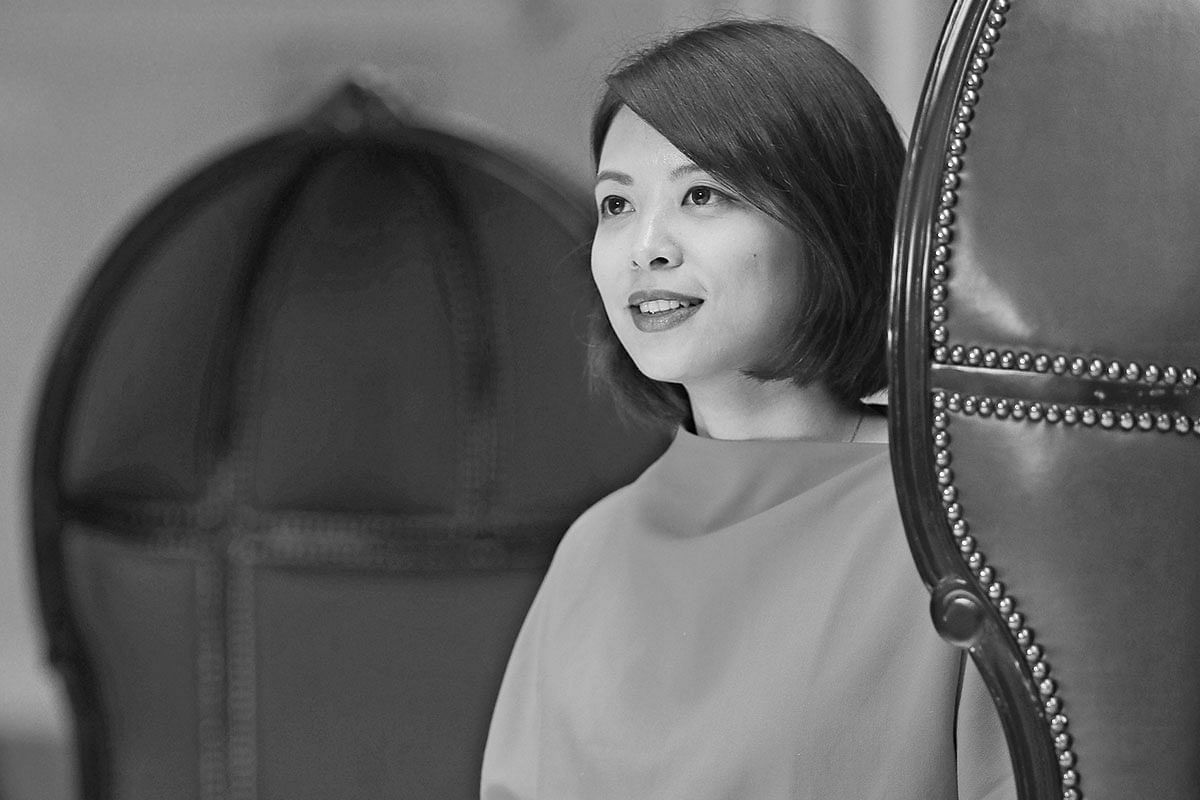 [dropcap size=small]S[/dropcap]arah Liu has always been a bit of a rebel. Though the 29-year-old was born in Taiwan, she didn’t fit into the education system so her family moved to New Zealand. When in university, she applied for an exchange programme to Japan – despite not majoring in anything Japan-related. She not only secured a spot in a university in Tokyo, she received a full scholarship for it.

After graduation, she got a job offer in Sydney and began her career there, progressing to the position of regional brand manager before she was 25. By then, she had already faced a number of challenges as an Asian woman in the corporate world, and it spurred her to start The Dream Collective, a female corporate leadership training platform.

In the last five years, The Dream Collective has grown its presence across Australia, and recently launched in Tokyo and Singapore. What started out as a passion project organising networking sessions has transformed into a company delivering structured training programmes on subjects such as leadership and communication skills to young women in their early to mid-career stages.

What were the challenges you faced that sparked The Dream Collective?

When I first started out, I experienced a major pay gap. Compared to a male colleague who came in at the same time, doing the same-level job, there was about a 20 per cent difference. That’s quite significant especially at that early stage. Then I discovered research that shows only seven per cent of women negotiate their pay at their first job, as opposed to 69 per cent of men.

On top of that, I was also working for a very difficult boss. He would take me to meetings where I could not speak until he told me to. One time I was very sick and even hospitalised, but he still asked me to take conference calls. I tried to speak to HR about it, but their response was that “oh, it’s just his style”. They could easily attribute it to that because I didn’t have anything concrete to show them.

I didn’t know how to navigate around this, and I didn’t feel empowered to do so. It’s the same when it comes to getting a promotion or being put on a big project.

Have you spotted any differences in the working culture in Australia and Singapore?

Surprisingly, a lot of these issues are quite universal. What’s different across countries is just the level and intensity.There are many conscious or unconscious biases that we see. For example, the maternal bias. When a woman is pregnant, people automatically assume her priorities will change. But that’s not validated. It’s the case for some, but not all. Also, there are performance attribution biases. Women tend to attribute their success to external factors, whereas men tend to attribute it to internal factors. So when women have a successful project, they say “I was really lucky”, or “my family was supportive”. Whereas men say “I worked really hard” or “I was very determined”. These are all generalisations, of course. But they are elements that affect a woman’s career trajectory.

An example of unconscious bias is Australia’s famous short-film festival Tropfest. In 2016, a number of female directors’ films were nominated, but only made up five per cent of the shortlisted films. After a critique about the selection process, they introduced a blind judging in 2017 so they didn’t disclose the directors’ names to anyone in the judging panel. This year, the number of shortlisted films by female directors went up from five per cent to 50 per cent.

What are your observations of Singapore so far?

Singapore performs a bit better. The global average is 15 per cent when it comes to female CEOs or board positions. Here it’s about 24 to 25 per cent. It’s still not quite there yet though, as that number has only improved by three per cent in the last five years, and mainly private companies are driving these numbers.

It’s important to differentiate discrimination and biases here because Singapore is quite progressive, so there isn’t really outright discrimination. But it doesn’t mean biases do not exist. In some areas like say Japan, some biases are very pronounced, so people are more aware of the issues. But here, people might think biases do not exist, when they actually do.

Do you think global gender parity is a realistic goal?

According to the World Economic Forum, it’ll take us 117 years to achieve global gender parity. And I like to think that nothing is impossible. Don’t get me wrong, it’s no easy feat. But we are already seeing changes, and I think I would like to see that happen in my lifetime. Hopefully we’ll fast-track that so it won’t take 117 years.

What we can do is work with the 80-20 rule. That means working with the 80 per cent of countries where companies and leaders already believe in this and know they need to do something about it. I don’t think it’s the right strategy to start with that 20 per cent where women still lack fundamental human rights. It’s harder to change that, so for now we are focusing on the 80 per cent that we can influence first to create a new norm, and I believe the remaining 20 per cent will follow.

(RELATED: New startup for women helps cushion impact of leap from corporate to tech and startups.)

Is there one aspect that women struggle with the most? And what advice would you give them?

I think the one thing I hear time and time again is self-doubt. A lot of them have confidence issues, but I prefer not to focus on that because the more we talk about it the more it becomes a “thing”. Instead, what we should talk about is how I see some women not taking control of their career. They think “oh, my boss will promote me if they see the great work I’m doing”, or “my company will reward me”. But we need to realise no one will look out for you except yourself, so you have to take full ownership of your career.

There are a few key things they can do in that aspect. First, have a plan. Don’t just say “I might want a promotion in 12 months”. Actually map it out, break it down into actionable steps like quarterly goals. Then share that plan with someone so you can be held accountable to it. Second, invest in yourself. In my journey I’ve seen so many women willing to spend $300 on a pair of shoes, but not on books, resources, or seminars to improve their careers. That needs to change. Third is to build a personal brand. Coleman’s PIE Theory is a good guide, where P for performance makes up 10 per cent of your success, I for image makes up 30 per cent, and E for exposure makes up 60 per cent. So aside from working hard and making sure you perform well, you have to build exposure for yourself by building a network and acquiring mentors.