What better way to chronicle the past than with unfading colour and heart? 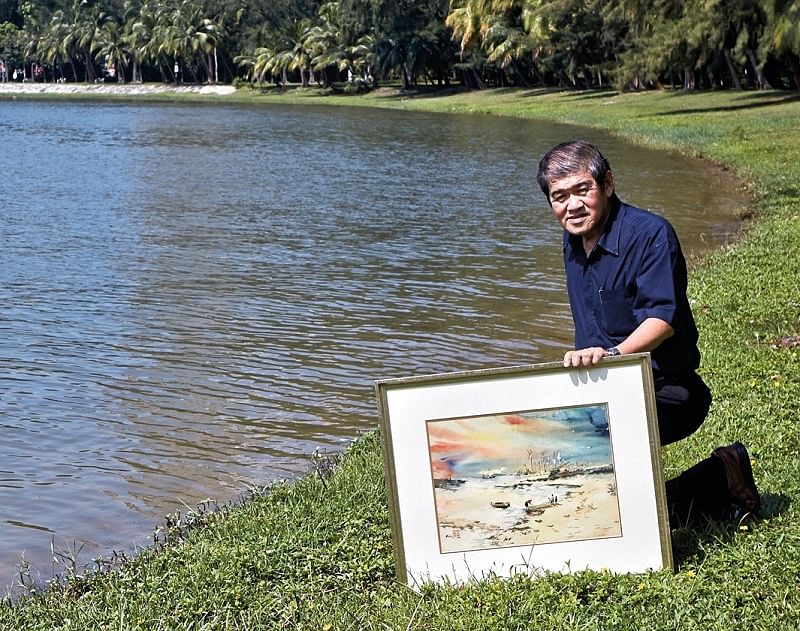 If photographs were as prevalent as selfies back in the day, we’d all have a more vivid idea of what the past looked like. Thankfully, what salvaged photographs of yesteryear lacked in colour, talented artists have made up for and preserved in beautiful strokes.

The abundantly awarded watercolourist Ong Kim Seng has spent over 30 years capturing our vibrant city on canvas, but there is one spot he holds dear, because it gave him the inspiration for Out For Sea, the very first painting he sold.

Completed in 1964, the scene depicts the quiet shores of the Kallang River painted at a spot under Merdeka Bridge. “There used to be many prau ships from Indonesia on the water. The immigration laws were pretty lax in the ’60s and ’70s, so there were many traders in the area. There were lots of things to paint,” the 69-year-old says. Ong would go there every Sunday, when it was quieter and his setup wouldn’t get in the way of people working, and he would observe the boats and the people mending them.

The painting was sold at an exhibition held by the Singapore Art Society that same year for $120, but was bought back for “a few hundred dollars” by Ong in 2009. The self-taught artist, who is the only Asian outside of the US to be a member of the prestigious American Watercolor Society, showcased his latest series, aptly titled Nostalgia In Transformation, at the Ode To Art gallery last month in celebration of Singapore’s 50th birthday. Depending on size, his paintings can cost from US$2,500 (S$3,400) to US$40,000. Ong still likes to paint on Sundays, though he laments that the scenery has changed drastically.

“I used to be able to see the Asia Insurance Building (now known as Ascott Singapore Raffles Place) from this shore, but now it’s just condominiums. This curved shoreline could just be a re-creation for all we know,” he says. “So, these days, I focus on the city, particularly on old buildings enclosed in new ones (such as the old Thong Chai Medical Institution). They have a good contrast.”

He isn’t one to rage against change, accepting its inevitability and embracing the beauty it can bring – citing Marina Bay Sands as an example of positive development – but he insists that preservation efforts should be more respectful of the past. Ong, whose “naturalistic impressionist” style has been important in capturing Singapore’s old spirit, believes in painting scenes that require little re-composition in order to maintain factual accuracy, so that he can ultimately focus on the details that people may soon forget.

“I miss the quaint buildings that used to line the Singapore River. Technically, they are still there but they have lost their subtlety,” he says. “Look at Clarke Quay – it’s been defaced by those plastic pavilions. It’s rubbish. I understand that the bumboats are electric now to keep the water clean, but the motors used to add to the atmosphere.”