The big wall climber and CEO of Geovert is the invisible hand that keeps motorists safe on mountain passes. 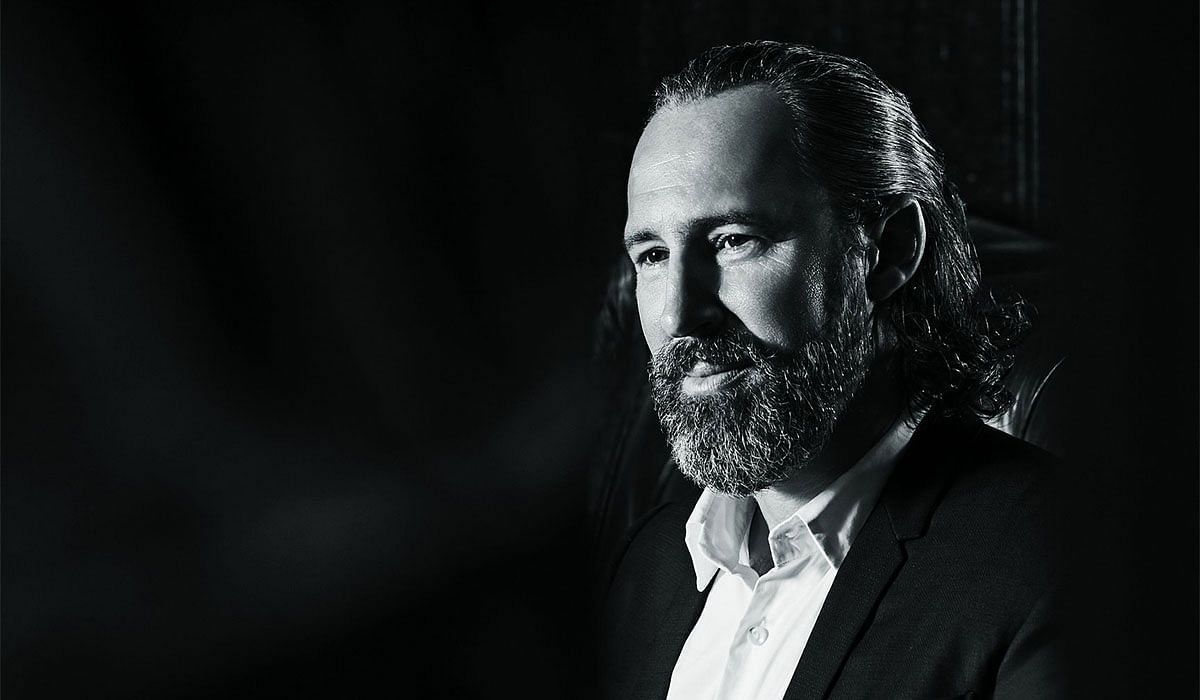 [dropcap size=small]I[/dropcap]n landscape photographer Ansel Adams’ 1956 snap, El Capitan in California’s Yosemite National Park is depicted as a majestic monolith serenely lit by the sun at dawn. Forty-three years later, Anthony Teen and his climbing partner would be hanging off its cliff face on a portaledge, 2,000 ft above the ground, splitting what was left of a pack of M&M’s and contemplating their imminent death.

An unexpected blizzard which turned into melting snow had left them stranded on the granite wall after a five-day climb. They were out of food and their position was too precarious for the rescue team to reach them. As the temperature dropped, the waterfall began to freeze and they had an equal chance of contracting hypothermia or getting trapped behind a wall of ice. “What happens in this kind of situation is that when the sun comes out the next day, the ice can break up and come down in chunks as big as a refrigerator, so you’re really in God’s hands,” says Teen. “We were sitting there thinking we might not make it.”

That’s when their last few pieces of candy saved the day. “We decided we couldn’t just let fate take its course,” he says, on their resolve to get off El Capitan. “On more than one occasion, M&M’s have been used to stave off imminent tears.”

The duo slowly backtracked by abseiling down the wall, sometimes hanging off the cliff on ropes “like a shoelace” before they finally reached solid ground hours later. Adventure over, Teen hopped on a flight to conquer his next mountaineering challenge in Pakistan.

A New Zealander by birth, Teen – now 46 and the CEO of Geovert, a specialist construction and infrastructure company – can still vividly recall his freewheeling days as a vagabond in his 20s. Armed with a Bachelor of Science in geology from the University of Canterbury, he would find work in mines for the sole purpose of funding his skiing and climbing adventures. “I would earn enough money to buy an air ticket, some climbing equipment, and have a tiny bit left over to go live cheaply for months in Canada or the United States,” he says. During his nomadic existence, he returned to New Zealand only when money ran out, preferring instead to spend his days conquering challenging peaks such as those in Yosemite and the Karakoram mountains in Pakistan.

“ON MORE THAN ONE OCCASION, M&M’S HAVE BEEN USED TO STAVE OFF IMMINENT TEARS.”

His adventuring days took a turn when his then partner found out she was expecting. “I needed a proper job,” Teen says. His big break came when he was engaged to assist with managing a landslide that had affected one of the state highways in New Zealand. With just enough money to buy two ropes, two harnesses and a small battery drill, he founded Geovert in 2001 off the back of his hard-earned extreme climbing experience. The company specialised in using rope access techniques – which were developed by climbers to safely scale steep heights, while carrying heavy equipment and supplies with them, often for days on end – at challenging sites that would otherwise not be accessible. With that successful operation, his company’s ethos was shaped. “We undertake projects that no one else will do,” he says.

(RELATED: Kevin Cheng, director of Parallax Capital Management, on turning his passions into side businesses)

Today, Geovert is a 300-strong engineering, infrastructure and construction company that tackles complex projects such as stabilising slopes or securing areas that have been affected by natural disasters such as earthquakes or cyclones. The ground solutions involve rockfall drape meshing, draining, drilling and micropiling. Geovert’s operations now cover the Asia-Pacific and it has completed developments in Australia, Indonesia, India, Fiji, Western Papua and the United States for rails, tunnels, dams and ports and across the mining, infrastructure and oil and gas industries. The company is currently working on stabilising the slopes along Transmission Gully in New Zealand and the Toowoomba Second Range Crossing, a 41km stretch in Queensland, Australia, designated for heavy vehicles.

Teen’s family, too, has grown over the years. He and his then girlfriend, who is now his wife, have six children ranging in age from 10 to 17. The family relocated to Singapore five years ago. He says: “We had a lot of work in Indonesia and thought we would come up to explore business opportunities in South-east Asia from Singapore. We have lived here before and are very comfortable with the culture here.”

His climbing days are now behind him because of his family, but his sense of adventure remains. He clearly takes pride in the fact that his company is the go-to for jobs that others deem impossible. He launches into a story about the time Geovert was called upon to clear a 2,000 tonne boulder that had become unstable, following a rockfall at New Zealand’s Milford Sound fiord in 2013. The entrance to the only tunnel connecting Milford to Queenstown had to be closed till it could be removed. At stake was about $500 million in tourist assets at one of the country’s most popular tourism sites.

Teen took the project on with no hesitation. “I flew back from Singapore to Christchurch, then Queenstown, where we took a helicopter to Homer Tunnel, then onto the side of the cliff face to make sure it was safe,” he says. “This was essential before we put our people and equipment on the huge granite block 1,100m above the road tunnel to drill holes and place explosives to blast it off. If it was not removed, the tunnel would have to be shut, which would be a disaster for tourism and the local business community. The only way on and off was by helicopter so the guys had to be flown in, while hooked to a hanging line, to get to work each day.”

The alpine conditions were so hazardous, the company engaged guides from Adventure Consultants – a pioneering Everest mountaineering company whose founders died on Mount Dhaulagiri in the Himalayas, and Mount Everest, respectively – to keep tabs on the wildly fluctuating weather.

“In the six weeks we were there, temperatures ranged from minus 18 to (positive) 15 deg C, we had winds over 100kmh and about 1m of snowfall. That’s a job no one else would take on, but they didn’t call anyone else, they called us.”

(RELATED: Extreme sports – What’s it like to dive under Arctic ice)

These are the experiences he lives for. “Construction’s tough and generating solutions in the space we are in helps me stay the course. My passion is my motivation,” says Teen, who travels about one to two weeks a month to the sites that Geovert is working on. “I get someone else who is better than me to manage the money. It’s not that interesting,” he adds, almost as an afterthought.

TEST OF WILL
Geovert working to blast off a 2,000 tonne granite block in Milford.

CALCULATED RISK
In his time off, Teen gets his adrenalin fix through skiing. He’s pictured here heli-skiing in Alaska last year.

APRES SKI
Chilling in a frozen lake after a run in Alaska.

Now, Teen’s sport of choice is skiing, which had steered him into mountain climbing in the first place. In his youth, he would scale mountains with skis strapped on his back for his ski fix. Evidently, he has passed this passion on to his family. He proudly whips out his phone to show off a video of one of his daughters executing a perfect backflip she had recently mastered. There are echoes of his tenacious approach to climbing in his parenting techniques.

Last year, he enrolled his two oldest daughters into an elite ski academy located in the Sierra Nevada, California.

“IF YOU BRING UP A CHILD WRAPPED IN COTTON WOOL, WHAT’S GOING TO HAPPEN THE FIRST TIME THEY RUN INTO A SPEED BUMP IN LIFE?”

“I am keen to ensure that my children get adversity in their life, without being cruel to them,” he says. A key reason why he sent them to the ski academy, he says, is to stretch their capabilities. At this school, not only do they have to maintain their grades to continue their ski lessons, they are also given opportunities to exercise leadership skills, in preparation for their applications to top Ivy League universities in a few years’ time.

“They get pushed,” he says. “The end goal is that they build resilience. If you bring up a child wrapped in cotton wool, what’s going to happen the first time they run into a speed bump in life?”

(RELATED: Expert tips on how to stay safe on the slopes this ski season)

As a member of the Young Presidents’ Organization (YPO), he was a part of the family forum at the YPO Edge conference held in Singapore early this year. Teen jokes that he was roped into joining the executive committee of the international family council because of his six offspring. The parenting network consists of members from around the world who volunteer their time to run events, conference calls and even create virtual content to assist other parents within the network.

Ultimately, says the man who once stared death in the face while dangling precariously off the rock face of El Capitan, he would like instil in the next generation the conviction to, well, do what they love. “Desire will stay, while the chase after money just burns out,” he says.

“The only caveat is that it is going to be a bumpy road and you need to persevere and carry through, even if it sometimes looks like there’s no way out. Also, surround yourself with strong people. I wouldn’t have got off El Capitan without my climbing partner.”

Anthony Teen’s thoughts on life as a father. 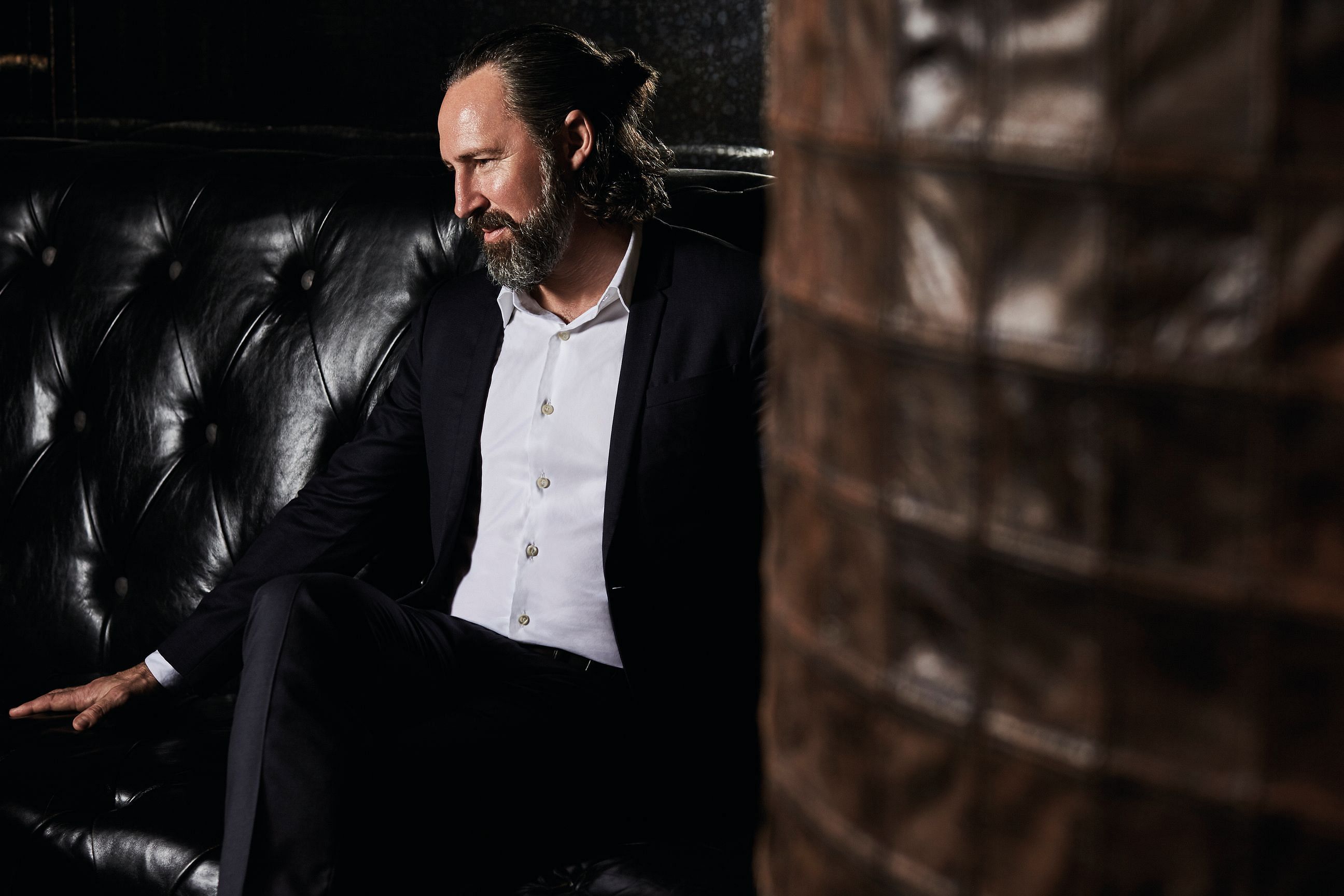 Is not physical perils. “We nearly lost the company a few years ago in a big commercial dispute involving a contract in Australia. They were doing everything they could not to pay us and being a family-owned, private company, all the assets we had were tied to the company. If we lost it, we would have lost everything. That terrified me.”

HIS AVOIDANCE OF SOCIAL MEDIA

“I find the idea of sharing stuff on Facebook retarded. My friends know what I do, I don’t need to put it on Facebook. I got on Instagram last year and my daughters told me I was too old to be on it. I just included my profile photo on Linkedin a few months ago; people, or governments, looking at the company want to know there’s a face to it.”

“My kids probably think that I am fun-loving, probably not a very good dad. My wife thinks I’m more like a grandfather than their father, as in I don’t want to do the parenting, just have the fun.”