Jaelle Ang, real estate developer and CEO of The Great Room offices, has spent the last 7 years working on a large-scale legacy project in Bangkok, Thailand. 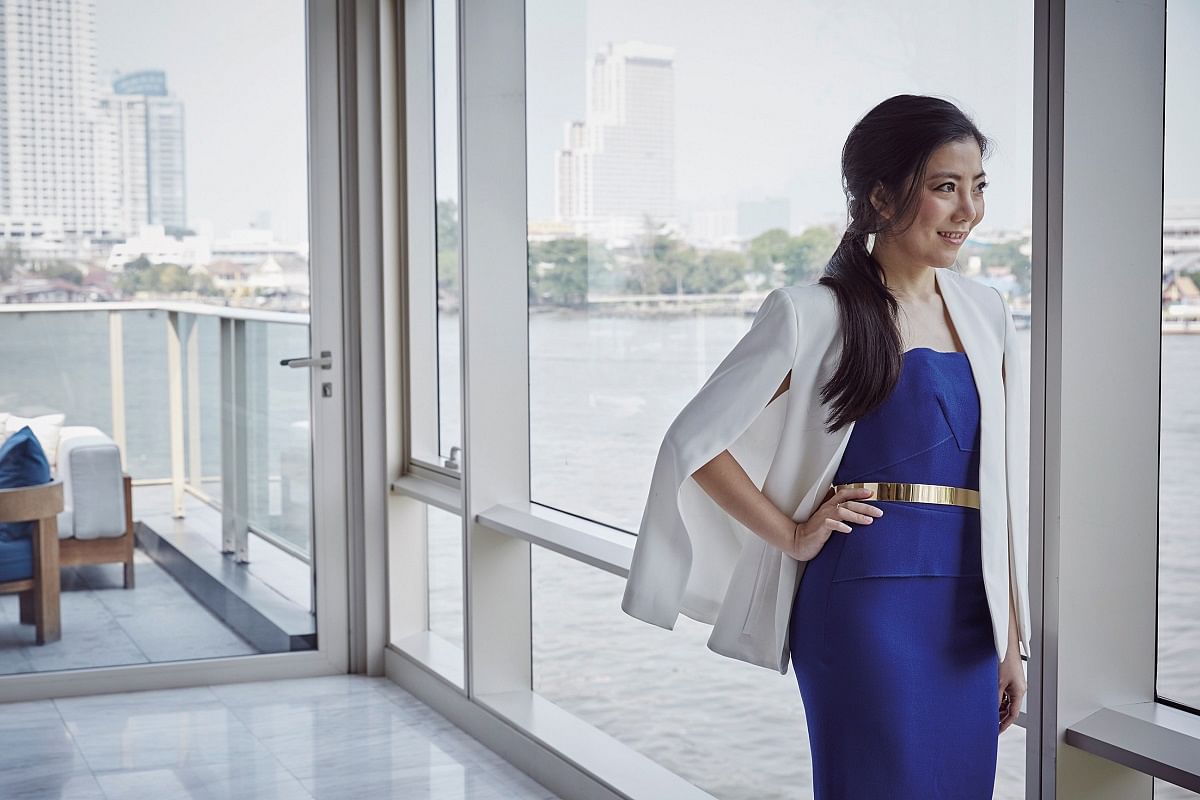 [dropcap size=small]M[/dropcap]any people spend a lifetime searching for a way to leave their mark on the world, with only a lucky few achieving such a lofty aspiration. At the age of 36, real estate developer Jaelle Ang is in the enviable position to declare that she has already spent the last seven years working on a legacy project that is well on its way to becoming a landmark in one of South-east Asia’s largest and busiest cities.

Since 2009, Ang, head of development for Thai company Country Group Development, has been involved in an ambitious waterfront development project by Bangkok’s Chao Phraya river, which includes a Four Seasons Hotel, the first Four Seasons Private Residences in Asia and a Capella Hotel.

“This is the largest project in central Bangkok for probably the next decade, as there simply just isn’t such a plot of land left in the city. They call it one of the last golden sites in Bangkok,” says Ang. The development is slated to be completed in 2018.

But while the scale of the project is undoubtedly massive – the 32 billion baht (S$1.2 billion) development will span over 350m of prime waterfront across 5.7ha – there was not much to hint at its promise when she was shown the site seven years ago.

At that time, she recalls, this land was not much more than a settlement of about 300 households and a fish market. She learnt of this potential project after a serendipitous introduction to Ben Taechaubol, director and CEO of Country Group Development, while on vacation in Las Vegas, US. The land in question turned out to be owned by Thailand’s Crown Property Bureau, which manages property of the crown of the Kingdom of Thailand, intriguing her to visit the site.

But where others may have observed nothing more than an unsightly and somewhat malodorous urban sprawl, Ang, an architect by training with a bachelor’s degree from the Bartlett School of Architecture at University College London, was struck by the size and potential of the land parcel, which is especially rare in downtown Bangkok.

With her job experience in new business developments and investments in emerging Asian markets with Credit Suisse and Citibank, she knew she was the missing piece in this puzzle of a project.

“Ben is a lawyer by training and I am architecture- and finance-trained so we are a good fit. I knew, with the two of us, we could take this project to the next level. I have the international banking experience and financial relationships, while he does everything on the ground to get the development going. I knew this combination would make an impact,” says Ang, a self-described “hustler”.

(RELATED: Exactly where does the well-travelled Ang like to eat?)

But, while this gutsy decision may have befuddled some, she is no stranger to making bold career moves. An entrepreneur at heart, she started her first business at the age of 21. Then a fresh architecture graduate, she had plans to work in New York, when the September 11 terrorist attacks struck.

She returned to Singapore to wait out the aftermath of the disaster but, instead of cooling her heels, she decided to launch Art Bug, an art school for children. The concept went through two rounds of successful funding by the time she exited the business in 2012 and is still in operation in Singapore and Beijing. Two months ago, she opened 15,000 sq ft co-working space The Great Room Offices at 1 George Street in Raffles Place.

In a way, this waterfront project marked a return to her start-up days, after about four years in the banking industry, as she, Taechaubol and a small team of four had to bootstrap just like any other entrepreneur. There were also various obstacles to overcome – the first was to respectfully relocate the residents, which alone took five years to complete.

NO LACK OF DRAMA

Then, there was what seemed to be an infinite list of tasks, from putting together a masterplan, doing feasibility tests and courting investors to hiring designers and consultants and, of course, picking the right brands to work with.

Ang, who lived in Bangkok for the first three years of the project, says: “It was very tough because Bangkok would always throw a spanner in the works. It was the Red Shirt riots in 2010, when we were very close to sealing a key financing deal, then the floods in 2011. When we were selling residence units last September, there was the bomb scare, so we held that back until this January.

“There is always drama. You feel that (the end) is so close and you can smell it at the tip of your nose, but no.”

The five-year project stretched into six and, now, seven years, with Ang getting married to photographer Yian Huang and giving birth to two kids, now aged two and three-and-a-half years old, in the interim. With a laugh, she says: “There was a desire to delay having children by me but it was not approved by Yian. With hindsight, it was probably just as well, because there’s always something else.”

On the personal front, just like many working mothers, she has had to find a way to strike a work-life balance – a task complicated by the fact that she has to divide her time between Bangkok and Singapore. Up till late last year, she spent every other Monday to Thursday in Bangkok. These days, she flies up about once or twice a month. She makes up for her absence by being at home as much as possible whenever she is in town.

“We just have a different lifestyle from others,” she says. “When I’m here, I work from home and we have lunch and dinner together almost every day, so I see them a lot when I am here.”

Still, it takes its toll. Ang says her older daughter is beginning to feel her absence when she travels. “For the first time after Chinese New Year this year, she said, ‘You know, other people’s mummies don’t work in Bangkok. I think they work in offices,’” Ang explains.

“It’s hard,” she says of juggling multiple responsibilities. “There’s no trick, it’s tiring but it is possible.” 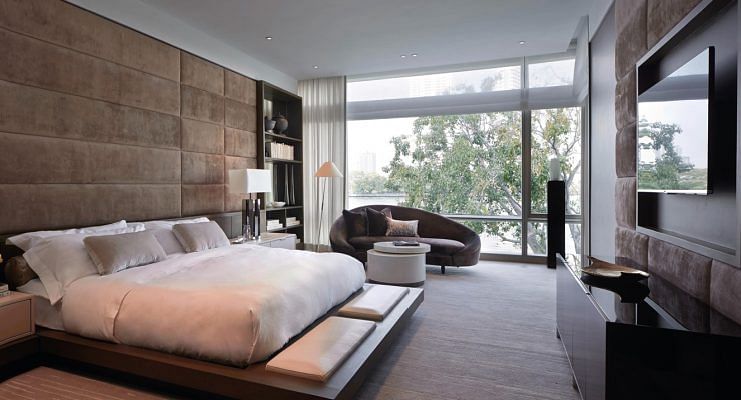 Of course, there is immense satisfaction in seeing the waterfront project evolve and grow over the years from a start-up to an 80-person company, with two of the world’s most well-respected hospitality brands on board. In a nod to the heritage of the land, the group took care to preserve its unique elements.

For example, the construction team has preserved a number of old trees on the land, including one that is growing out of a concrete wall. When completed, the waterfront, which was previously inaccessible to the public, will be landscaped with a boardwalk, garden paths and courtyards.

“It’s a gift to the city almost,” says Ang. “The Chao Phraya river links to the Mekong and it is not just a touristy river – the people use it. Before, the public could not access it but, now, with this continuous waterfront, visitors can feel that connection with the river as well and that is quite meaningful.”