The Peak speaks to John Cheng, director of Cheng Yew Heng Candy Factory in the first instalment of a monthly spotlight on millennial leaders. 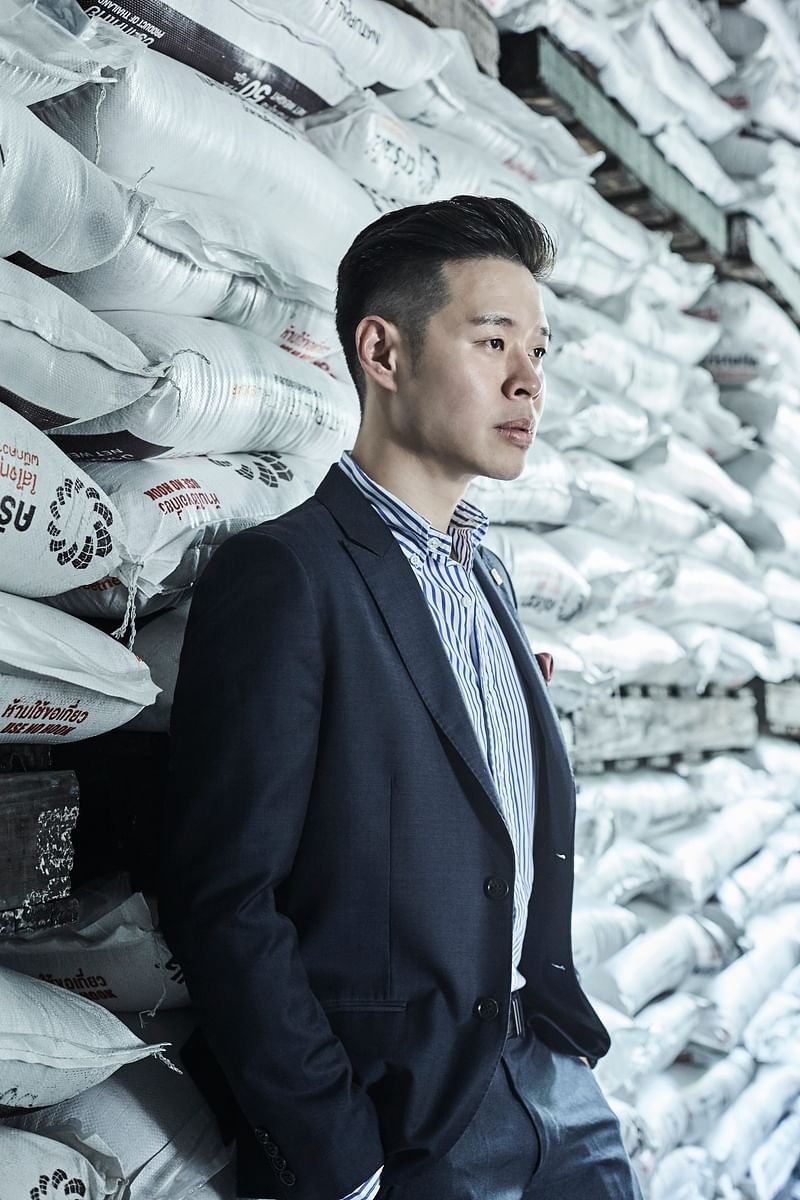 [dropcap size=small]J[/dropcap]ohn Cheng hands us each a rock sugar-encrusted stick that has been infused with jujube, and instructs us to swirl it for exactly five times in a hot cup of tea. “Now taste the sugar,” the 37 year-old says. It is rounded and nuanced, with a distinct flavour of red dates.

The sweetness transports one to childhood days of enjoying a melting cloud of candy floss, but the experience is elegant and unharried. As we suck on the rock candy like children, Cheng beams like a proud father. After all, this new product from 71-year-old Cheng Yew Heng Candy Factory – a Singapore company that trades internationally and sees an annual turnover of over $100 million – is his brainchild.

The stick isn’t meant to be eaten on its own, but with flavours such as jujube, lemon and even “Singapore Sling”, it certainly heightens the tea-drinking experience. “You can sit at home and post a picture of your candy stick and tea on your Weibo or Instagram. You don’t have to go out to have a good time,” he says with a laugh.

It takes one living a hectic life to appreciate quiet moments. And Cheng’s own jet-setting life is perhaps the inspiration behind Jewels rock candy sticks. The business development and trading director travels about twice a month to seek trading and investment opportunities at destinations such as China and Myanmar. On those trips, you would find him toasting provincial government officials stiff alcohol over business meals, or walking down supermarket aisles to discover products in the name of market research.

(RELATED: 3 millennial business leaders share what the term means to them)

While he has developed a deep love for food manufacturing, the introvert in him would rather be sitting at Cafe de Flore in Paris. “It is a very quaint old spot where writers do their work. You can strike up a conversation with a stranger, or just sit alone and while the day away.” And, instead of supermarkets, he would rather be checking out the wares at Louis Vuitton – Every. Single. Boutique. In Paris, of course.

Well-coiffured and smartly dressed, Cheng looks as if he has stepped out from the pages of a cruise collection catalogue. The self-professed introvert is an unlikely people person, and, he shares that, be it implementing a complete upheaval of operations to meet international standards or breaking into the consumer market, people are at the heart of all his decisions.

As production of the company’s key products gets fully automated with the year-end launch of a new six-storey facility, Cheng is creating product lines to give job opportunities to staff whose work have been taken over by machinery. Here’s a leader who takes care of his people – even though things were
extremely tense for him when he joined the company in 2008, due to his late father’s failing health.

“The senior staff would say that they have eaten more ‘sugar’ than I have eaten rice. Who was I to come in here and tell them to change their way of doing things?” shares Cheng. He worked hard to prove that he isn’t an ah siah kiah (Hokkien for rich kid). But, beyond delivering a glowing report
card in terms of numbers, he won them over by being a boss who pays attention to his workers.

“Sometimes I would listen to personal grievances – which might be something seemingly inane like a disagreement with another worker – for over an hour. Building human relations takes up the most of my time and doesn’t necessarily translate to dollars and cents. But it is the core of everything we do.”

“Starbucks’ green tea latte with soya milk. I can get it almost anywhere in the world and the familiar taste makes me feel like everything is going to be okay.”

“I like restaurants such as Beng Thin Hoon Kee for its ngoh hiang [pork rolls in beancurd skin] and orh nee [yam paste]. Sometimes I go to The Ship.”

“I learnt the piano, did gymnastics, judo, sailing, but have given them up at some point or another. Thankfully, I found my passion in food manufacturing.”