In the third of a five-part digital series, this business leader shares his thoughts on keeping employees motivated and creative — even when business falls to zero. 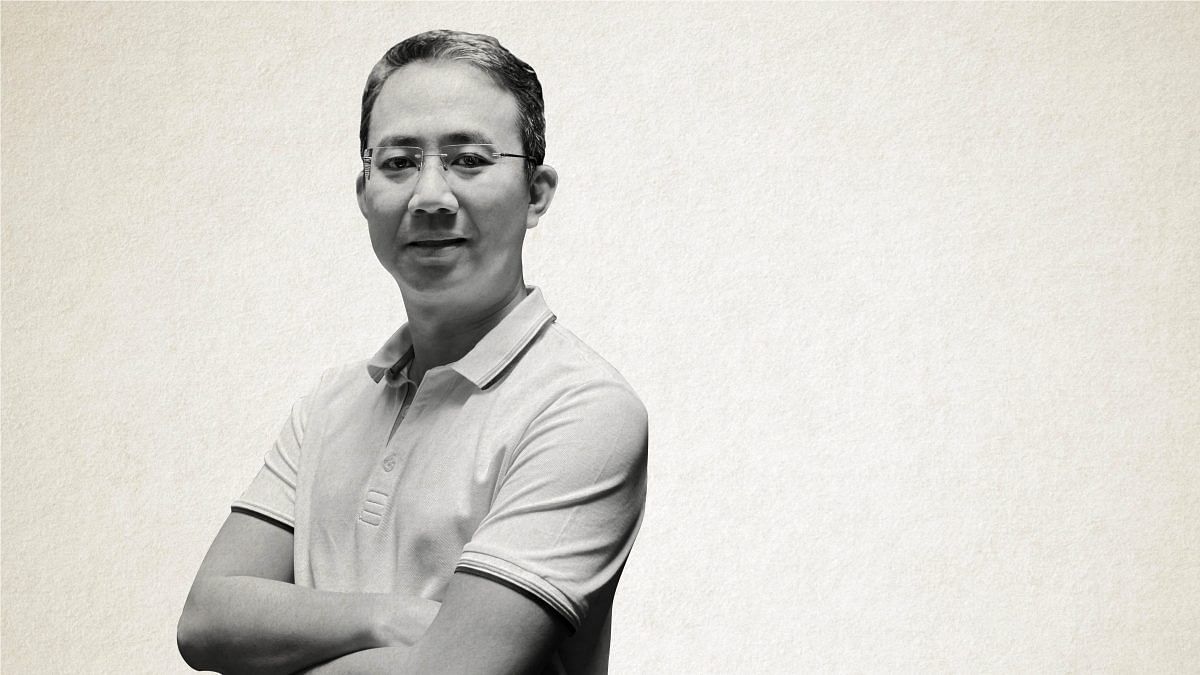 Covid-19 does not treat every business equally: Most have seen a drop in revenue, while those in certain industries have seen sales go through the roof. For Hexogon Solution, which specialises in large-scale projection mapping – a field that uses audio-visual elements to create visual extravaganzas on structural surfaces such as building facades – local business has fallen by “nearly a hundred per cent”, says group MD Adrian Goh. The company also has offices in Japan, Thailand, Taiwan, Hong Kong and Vietnam, and has about 200 full-time employees.

Having executed digital projections at major events such as the National Day Parade and the Singapore Grand Prix Formula One night races, Goh elaborates, “Our work involves public events and mass gatherings. We actually had projects lined up for the whole year. But around February, it became clear that all the events that we had been preparing for were going to be postponed or cancelled. All this while, aside from our audio-visual work, we have also been exploring other things we can do as part of planning for the future. More than ever now, it is important for us to look into our options.” Here, he shares his game plan for coming out stronger in these unprecedented times. 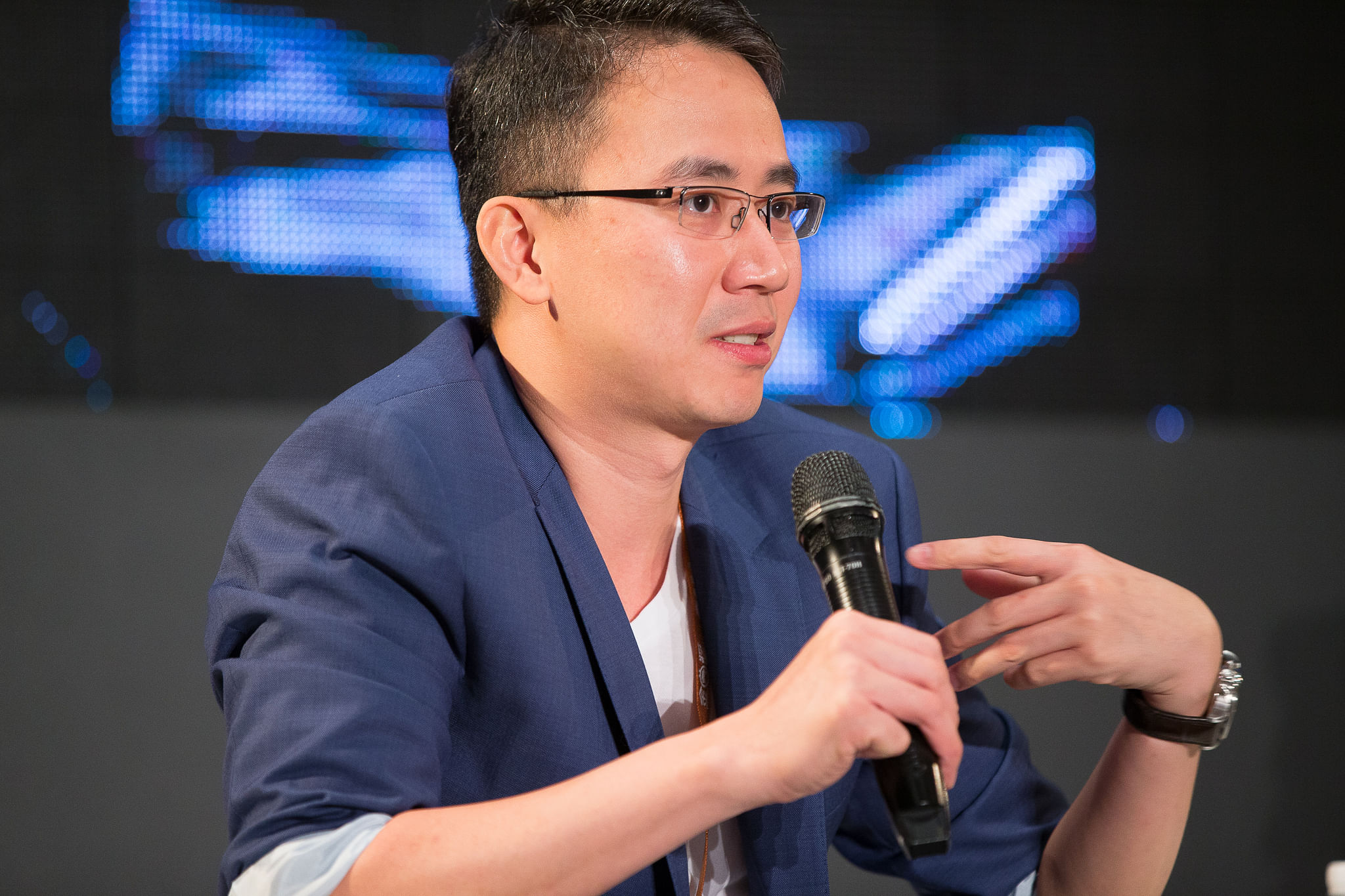 “I’m not saying this is a standard that every company should follow, but I am proud to say that we are comfortable enough to assure our employees that there will be no pay cuts or retrenchments. Along with some government aid, we are prepared to sustain the company at zero business for at least a year. Among our full-time staff, we employ 20 foreign workers. We managed to pull almost all of them out of the dormitories where they were staying before the situation got serious. We have put them up at travellers’ hotels, and this might continue for another two to three months. It incurs a lot of costs for us, but we knew this was something we had to do.”

Plan for how you can hit the ground running after the standstill.

Goh has divided his employees into three groups, focusing on separate broad tasks. The first deals with the immediate future, the second is a “very small” team working on community projects, and the third researches options for the future. “The first group ensures that we follow up on current jobs – how do we maintain these projects, how do we move on from there, how do we ensure that when the time is ready, that we are ready to go?”

Contribute to the community if you can.

“We wanted to do something for the community. We have a couple of people overseeing the production of a protective acrylic case that is used in hospital operating theatres now. (Editor’s note: The transparent box is put over a patient’s head during surgery, and has holes that allow medical personnel to carry out procedures, while offering them an extra layer of protection.) We don’t mass-produce them, but we thought it was a small way in which we could help.”

Hexogon Solution is also collaborating with museums and hospitals, whereby artwork done by members of the public will be projected around hospitals to show appreciation for frontline medical staff. “This will probably take place next month or so,” says Goh.

Recognise that future-proofing your business is an ongoing process.

Goh is no stranger to pivoting. When he started his company, formerly known as Mozz Creation, in 1997, it specialised in set-ups for exhibitions and trade shows, as well as animated window displays. Subsequently, the company turned its attention to events. Currently, it specialises in the audio-visual field, primarily projection mapping. And now? His team that focuses on future-planning has plenty of ideas.

“Our work involves large outdoor events, which are not going to happen for months to come. So we have been thinking about how we can take what we do online – but that is not just a video of a projection, which you can see on Youtube anytime. We thought about how we could come up with a formula that lets us do live projection mapping, using 3-D simulation, in a way that allows for mass audience participation and involvement. It’s like a mix between projection mapping and gaming, among other things. It’s in the works now.”

No idea is too crazy.

Hexogon-brand vegetables? Why not? The best leaders are open to all sorts of ideas, even if they might seem far-fetched at first. Explaining how the idea of going into agriculture emerged during brainstorming sessions, Goh says, “We had already been thinking of ways to make our business – which is quite energy-intensive – more sustainable, with potential changes such as the use of solar panels.

“At one point, we started thinking, what if we diversified into high-tech farming using what we have learnt from our sustainability efforts? It’s one of the options in land-scarce Singapore, which imports most of its food. You never know, maybe in ten years Hexogon would have stopped doing audio-visual work, and be in the farming business instead. We have evolved enough over the years to know that in order to stay afloat, we have to adapt and accept change. In times of crisis, you see people getting more innovative. That’s the upside.”

As part of the Leadership During a Crisis series, The Peak also collaborated with Money FM 89.3 to bring these interviews to radio. You can listen to Adrian’s segment below.

More from The Peak’s Leadership During a Crisis series: