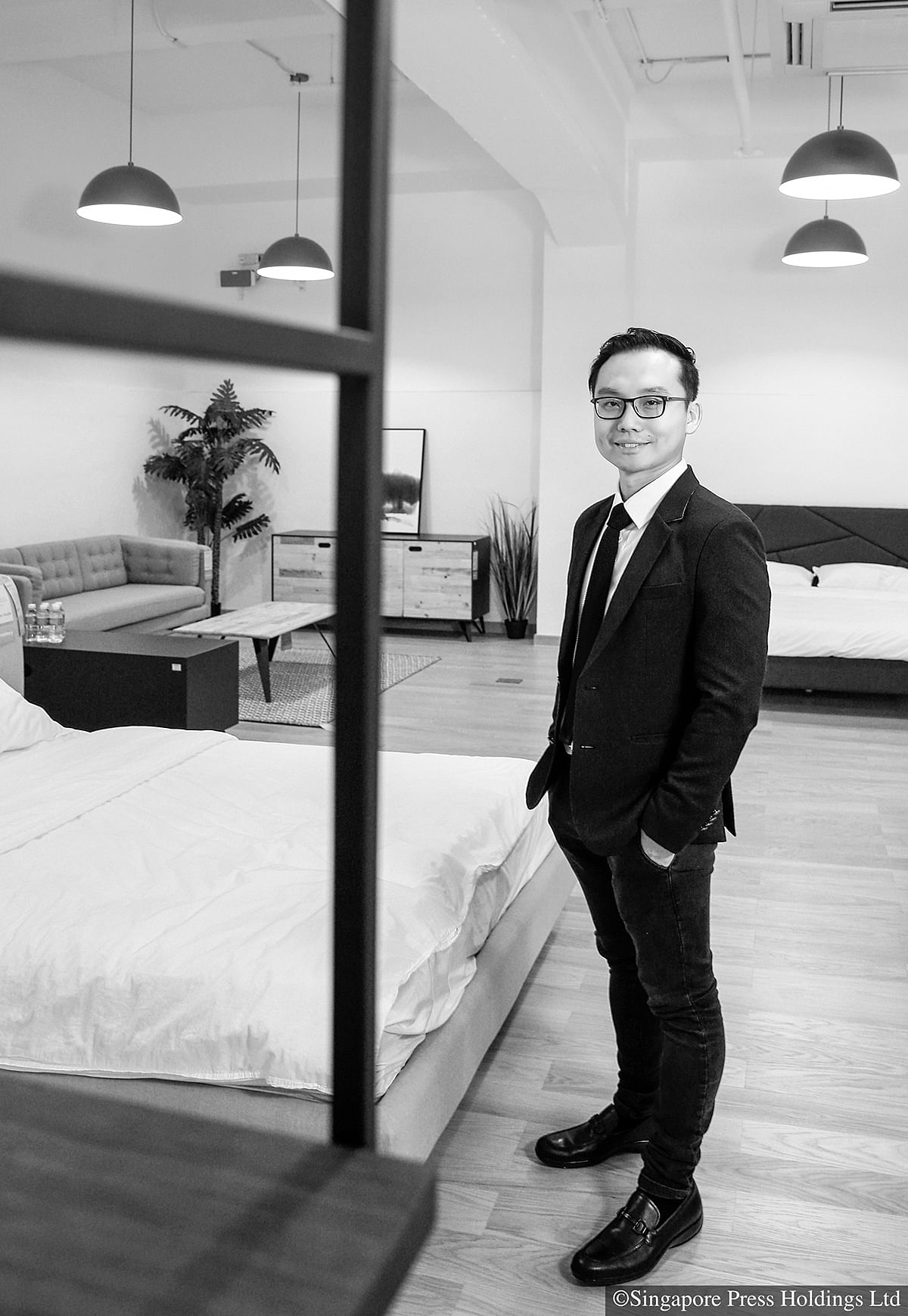 [dropcap size=small]M[/dropcap]ultipotentialite may be a multisyllabic mouthful, but it’s a term that perfectly fits Declan Ee, one of those annoyingly good-at-everything guys whose personal and professional interests span multiple fields.

At 35, Mr Ee has discovered that his career options are limited only by the number of hours in a day. He followed a somewhat predictable path early on by going to good schools, achieving academic success and fulfilling parental expectations. But he also took a detour or two along the way. He was keen on music from a young age and at school he joined the drama club, took part in musical productions and learned to play classical piano.

During his law student days in London, he watched many shows in the West End, finding inspiration and developing his creative talents to such an extent that he wrote and directed a full-length musical called Pagoda Street, a Singapore story that straddled different dramatic and musical genres. It was performed at his university and in Singapore at the Esplanade Studio Theatre in 2005.

After law school, Mr Ee joined an investment bank in London but as fate would have it, his employer was Lehman Brothers, which collapsed in the wake of the subprime mortgage crisis in 2008 and economic recession that followed. The thing about multipotentialites is that there’s always Plan B. Or C. He remained in the banking industry while feeding his musical pangs by DJ-ing on the side – electronic dance music, or EDM, is his forte.

He returned to Singapore in 2010, invested in various start-ups and became a partner in TLG Capital, a private investment firm that focuses on opportunities in Sub-Saharan Africa. In 2013, he and three partners identified a gap in the furniture market and started online store Castlery. Business has been good enough for them to open two showrooms here and another in Sydney. If that isn’t enough, Mr Ee also helps out in the pest-care business started by his father. He and wife Sheryl (who is CEO of the family business) have two young boys.

It didn’t take long for Castlery to become a success story and the company is expanding rapidly. Tell us about your business model.

Castlery is a direct-to-consumer model where we own or control the entire supply chain including design, sourcing, manufacturing and point of sale aspects of the business. It’s an online furniture shop where products and pricing are positioned above IKEA and the biggest difference is that there are no middlemen. Traditional retailing was too inefficient with too many middlemen and mark-ups. The idea is to bring good-quality furniture to the masses. Our online focus makes it a departure from traditional channels of retailing and we appeal to younger consumers: we’re able to source and connect with customers through the Internet. It’s also a logistical solution to integrate with the supply chain. There is a big offline element because of the nature of what we’re selling and the showrooms came about because people still need to touch and feel the products. In places like Australia where people often have second homes, gardens and more space there are many more online transactions and customers will buy furniture sight unseen.

Castlery is now in its fifth year – what are your long-term plans for the company?

We want to build a mini-IKEA and our goal is to bring good design to everyone. The primary focus is across Australia, which is a A$10 billion (S$10.38 billion) market, whereas Singapore is a S$1-$1.5-billion market. We want to hit the major cities this year and the more developed parts of Asia such as Taiwan, then possibly Europe and the US. China is in our thoughts but it’s a strategy that needs preparation and big fund-raising, so it’s not on the immediate agenda. We have a supply network of about 100 factories and 20-30 core suppliers spread across the region – each factory we work with has a unique competitive edge. Our prices are about 10-20 per cent higher than IKEA and range from things like a S$99 floor lamp to a full leather sofa for S$3,000-$4,000. We take a “most for the least” approach and provide the best possible value for our solid wood furniture. We’ve gotten to where we are by doing our homework, getting key people to work with us and offering our own designs. What we do is not revolutionary, we’re just selling furniture – but the team is what’s important.

You are a DJ, composer and founder member of electronic music collective Trouze. Music is still an essential part of your life.

Music has always been a passion and when I was in London my eyes were open even more to it. Putting on Pagoda Street while I was at UCL (University College London) was one of the best experiences of my life – you have a dream and you just want to make it happen. Two or three years ago I started to write and produce music again. I travel to music festivals a few times a year and we also do a lot of production work. We bring different cultures together by remixing Chinese classics from the 1990s and working with international artists who want exposure to the Chinese market via Taiwan. Later this year we will start a label called Flyta Records and eventually we want to put Singapore on the music map.

After Castlery and Trouze, investment fund TLG Capital is the third hat you wear in a diverse portfolio.

The fund looks at equity opportunities in frontier markets, specifically Sub-Saharan Africa. We use capital from individuals and institutions to invest impactfully in industries like healthcare, financial services, consumer goods, real estate. Being Singaporean, I had a strong grounding and I grew up in an era where it’s ingrained in you to do your best, build a respectable career, be a part of the system. Being in finance I was fascinated with investing, seeing something grow. I remember clearly charting out my life and career during my national service days when I had time to think: by 35-40 I wanted to have three or four businesses running, a couple of which were in the creative space.

What advice do you have for fellow multipotentialites?

There must be a balance between practicality and passion. For me the family business is an obligation, music is my passion and Castlery and the investment fund are due to my interest in finance. A lot of my peers in the Western world have one core focus but I lack the courage to put everything into one passion. Whatever you end up doing, be happy along that journey.