Do we need gender quotas to increase female leadership in companies?

It’s time for businesses to get serious about accelerating change. 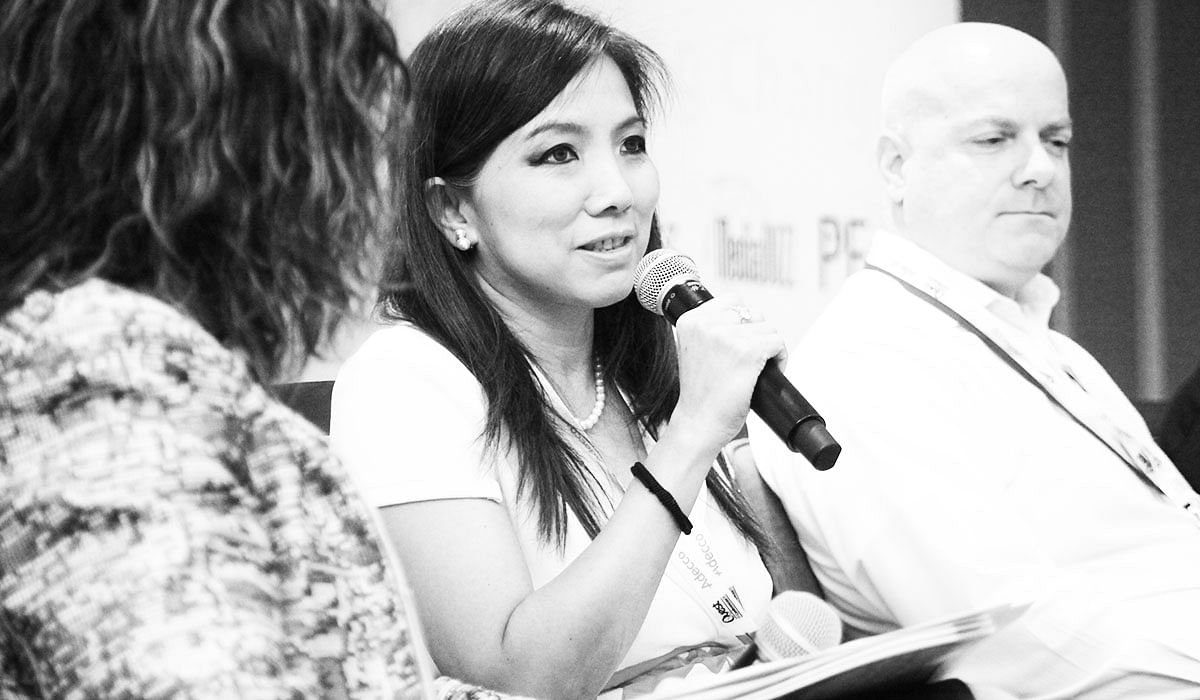 [dropcap size=small]T[/dropcap]he term “glass ceiling” was coined more than 30 years ago. And yet, decades on, the struggle to catapult more women into leadership roles continues. A Grant Thorton report (titled Women in Business: New Perspectives on Risk and Reward) published earlier this year found that the percentage of businesses with no women in senior management across the Asia-Pacific region jumped to 36 per cent this year, from 25 per cent in 2016. Given these dismal findings, it seemed fitting that the theme for this year’s Asian Women in Leadership Summit was all about accelerating change. Held on 17 May at The Fullerton Hotel, Singapore, the event saw over 300 senior leaders from diverse industries examining the state of gender diversity in corporations and debating the most effective ways to get women to the summit.

Gender diversity is a highly publicised corporate goal. But to move beyond conversation to action, what steps constitute the muscle required to tip the gender scale? In Germany, an act that came into effect on 1 January 2016 put political pressure on listed companies to ensure that 30 percent of supervisory board posts were filled by women. Commenting on this controversial gender quota model, Jessica Tan, Member of Parliament, says: “I’m against quotas. But I would have to say that it is important to be deliberate. You can’t just say it will happen.”

Elaborating on the shortfalls of imposing a quota system, she explains, “It’s easy to fill the numbers, but if you fill the numbers incorrectly, you kill the confidence in the system. You have to put the right people there. How you do so and how you track the progress of how you do it is as important as hitting the numbers itself.”

Tan Su Shan, Managing Director and Group Head Consumer Banking and Wealth Management at DBS Bank, takes a similar stance against the promotion of gender quotas, arguing that it is more important for “the tone at the top to be strong”. “The leadership has to insist that whoever is interviewing—whether it’s for board membership or female positions—interviews as many women as they do men. They have to cast their net wide.”

Beyond relying on quotas, mentorship and sponsorship remain the twin drivers in preparing women for roles at the top. Over at DBS Bank, Su Shan reveals that high-potential individuals across all levels are identified quickly, marked for acceleration, and paired with a mentor. For someone like Tan, who’s already at the apex of the organisation, a mentorship model still applies. Instead of learning from a senior executive, she is paired with a younger employee who helps her to understand the needs of Generation Y and Z.

Setting gender quota targets might be a way to nudge progress in a positive direction, but what happens when there’s a quota to put a woman at the top but circumstances bar her from seizing the opportunity? “Having that number or target to move towards is important,” says Jessica Tan, “but what’s more important is what you do to support the talent to take that opportunity. We are stuck in a framework that doesn’t look at that woman and what she needs. Perhaps it’s about changing the job or the role so she can continue to succeed while tending to other things–like family–that’s important to her.”

For Devadas Krishnadas, CEO of Future-Moves Group, redefining job scopes and allowing for remote- and flexible-working arrangements have allowed the female employees in his six-year-old SME to advance in their roles without having to choose between work and family. “Women should be allowed to be women without having to make that false choice between having a career and being a woman in the full sense of the term — as a mother and a spouse,” says Krishnadas.

Krishnadas also argues that change needs to happen beyond an organisational level. For substantive change to occur, social mindsets need to alter. “We have to ask ourselves: Is society here as a vehicle to serve the needs of the economy, or is the economy a means to social end? If we choose the first, let’s continue to spend 24 hours a day working. If we choose the second, we have to participate in reengineering our tools, frameworks, and expectations to allow for personal choices and responsibilities to be made without false trade-offs at the career level.”

It’s ambitious to hope that tectonic shifts will happen at a social and cultural level. Until then, getting more women to the top appears to be a combination of setting progressive, measurable targets and taking deliberate action to groom female leadership.