Hillary Clinton proclaimed this week that the future is female, despite all the challenges women face. Leaning in too is a Singaporean woman who has set out to overturn the gender status quo in the startup world. 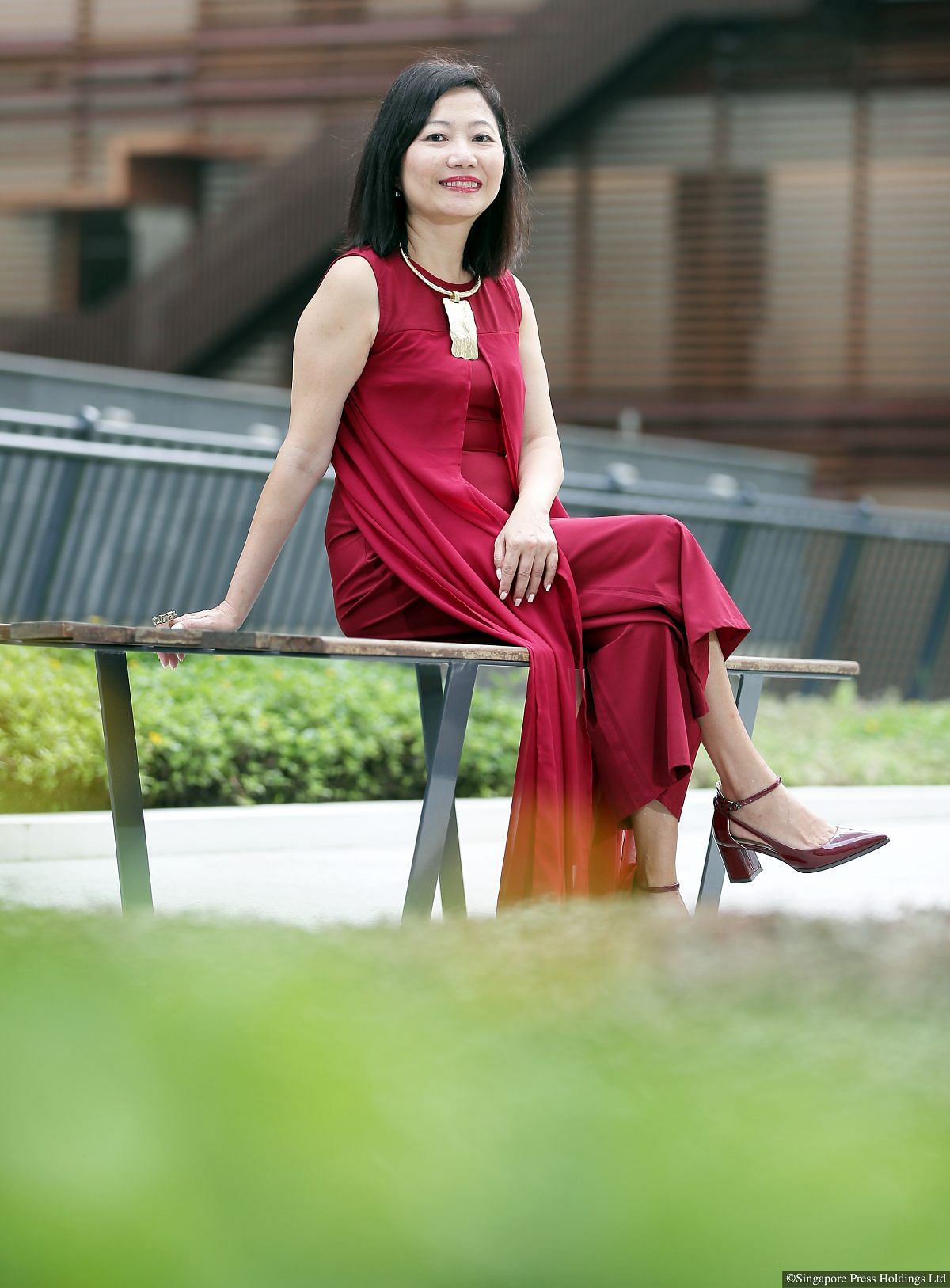 [dropcap size=small]I[/dropcap]t isn’t every day that you meet a person who intrigues you. Christina Teo, founder of Startup Asia Women (SAW), a support group for women in the startup community, introduced herself as a tech veteran – having taken on corporate roles at Acer, IBM, DEC, 3COM – and the first general manager of Yahoo! Singapore. She had just returned to Singapore to care for her aged mother, after working abroad for the last 27 years.

And home, interestingly, is where she discovered startups, and an ecosystem that welcomed them. She told me over coffee the next day: “I was pleasantly greeted by an ecosystem perhaps unique to Singapore, which has made starting up very possible and feasible.”

The 53-year-old is about to launch her first startup, a jobs portal she describes as perhaps the Airbnb of work, where the hiree – not the hirer – is “the hero”. The fact that she is way older than most entrepreneurs were when they founded their companies is not lost on her. But starting up aside, Teo has an even grander goal – to disrupt the gender status quo in the startup world, which is dominated by men. She created SAW to get more women into startups, and for them to lend support to one another in their respective pursuits. In the last week, it was with great earnestness – over coffee, WhatsApp and e-mail – that Teo shared with me her thoughts on female entrepreneurship: how this can be boosted, what traits stand women in good stead for a startup career, and that elusive “sis code”.

(RELATED: Our 2015 Peak Power list celebrated ten women at the top of their game.)

Hi Christina, so what is the dream?
I want to be a role model for corporate women – particularly in leaving the corporate world to get started in startups. I subscribe to the philosophy of not being left behind and of being current. So if there are working women with the same mindset, then startups are a phenomenon they should be aware of. Even if they don’t join a startup, they shouldn’t think it is irrelevant. Look at social media, and all the apps that we use today – these are products of startups. If the women have children (who most definitely use such services), they probably want to prepare themselves to know about their children’s world.

But why would corporate women leave their jobs to do or join a startup?
The rewards are not necessarily monetary, but the challenge is in being resourceful and being able to think creatively, which is very stimulating. In the corporate world, we have women who have been in certain functions (eg accounting) for a long time and they do not see themselves doing that for the rest of their lives. Startups thus offer them a whole new realm. Then, there are women who do not want to be trapped in the same office environment of protocol, processes and politics, so they dabble in startups. I would say that if you are at some level of comfort (as I am), do not be afraid to explore startups. Corporate women do have a lot of good experience and insights to contribute.

How different are startups from corporates?
Make no mistake, the startup world is complex. When you work in corporations, you are not privy to this complexity because you are hired into a function, a product line, a title. But for startups, their growth journey has many more milestones or maybe even “traps”, so the way to navigate and what you need to navigate may not be always apparent. In the corporate world, you don’t really get to choose these tracks unless you are in pioneering roles (as I was at Yahoo! Singapore and Acer, etc), through which you could define the rules and tracks. That said, moving to a startup will take some getting used to, and may not work for people who are more comfortable with working within safe and regulated confines.

Do women have it harder in the tech or startup world?
Yes, and this boils down to numbers. Look up LinkedIn, or go to tech meetings and events, and you will find that fewer than 10 per cent of the attendees are women. This sheer lack of critical mass can explain the absence of the mindset that women could be looking out for one another. So while men have some kind of bro code, women don’t enjoy a parallel sis code. In fact, I think many successful women have counted on their male connections to help them further their cause. This is because firstly, there aren’t many women they can go to, and secondly, even if there are, the women will probably still prefer to go to men. With SAW, I hope to create a community of like-minded, ambitious women, via networking and tech events.

What feminine traits make women good for startups?
Traits that I value in females are intuition, resourcefulness, the attention to detail, and the ability to coordinate and orchestrate operations. It used to be that women were more vocal and eloquent, but in my recent months in Singapore, I have seen many fine male pitchers which surprised me. We may be losing that domain. At the same time, I think women set their own traps. If you think you have it bad or worse, then you do. It is the state of mind that you operate out of. If you start by thinking you have a competitive advantage, you will behave in a certain manner and one thing will lead to another. So courage and strength will beget respect, and vice versa.

Finally, can corporate women really make the leap to tech and startups?
For several years, I had thought the digital world was out of my league, that we have become passé, that it is only for the younger generation and something that is intuitive to only them and not us. I have a degree in economics and a masters in psychology, and no formal tech background. So at every job in my life, I had learnt by doing. I’m a true believer that you need to get your feet wet; reading about something and actually doing it are poles apart. I had thought that it would take too much for those who have been entrenched in the corporate world to “start over”. While it can be daunting and overwhelming, if you are curious, do not want to maintain the status quo, or want to experience a whole new way of thinking and doing business, it is more possible today than ever to dive into startups. My point is that there are many ways to contribute to the ecosystem: you can be a co-founder, mentor, angel investor, consultant, developer, whatever, and part-time whatever. It is now possible.

The story is adapted from The Business Times.