Why street art and graffiti are actually selling well in galleries

Art curator for Artscience Museum’s Art From The Street exhibition, Magda Danysz, speaks on the rise of street art and graffiti in galleries. 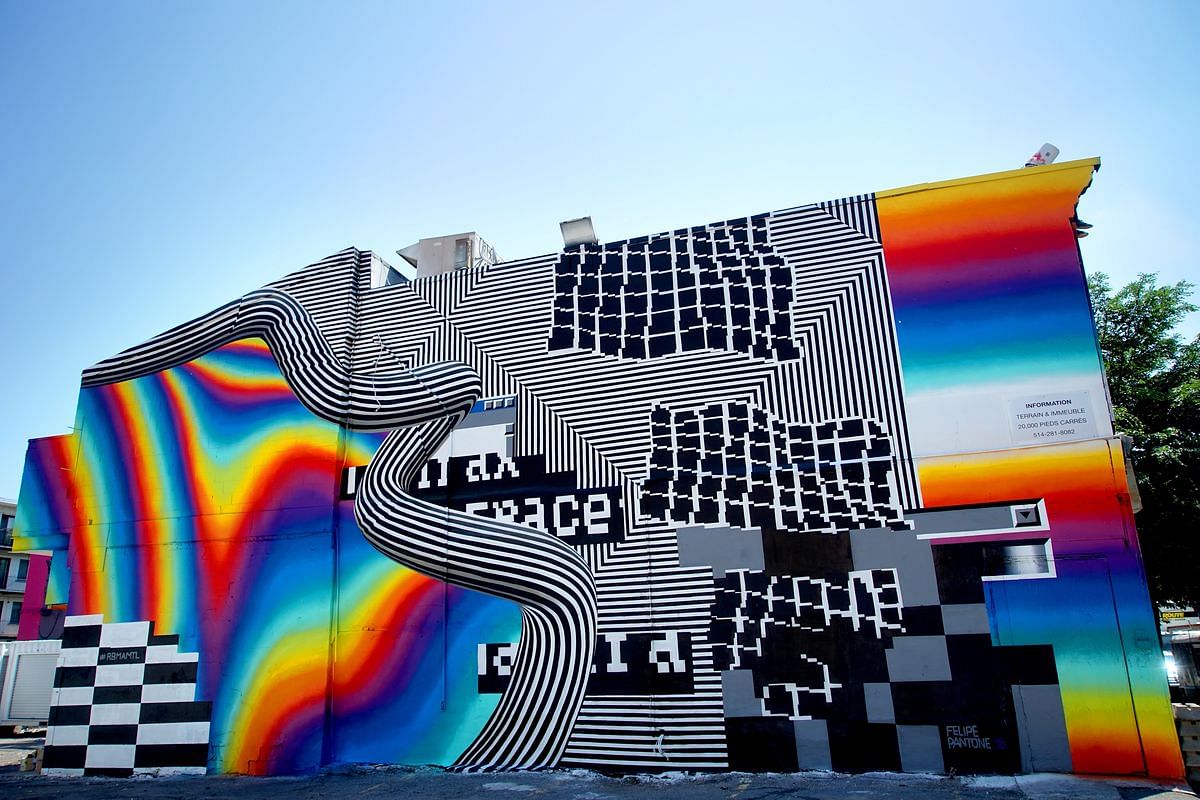 [dropcap size=small]I[/dropcap]f the increasing legitimacy of street artists still has not alerted your inner collector’s spidey senses, consider this: The stylised red, blue and beige “Hope” portrait of Barack Obama that came to represent his 2008 presidential campaign started life as a poster sold on the street by artist Shepard Fairey. These days, his work and those of other street artists are increasingly finding their way into auction houses. At a sale of street and contemporary art in Los Angeles last year, signed pieces by Banksy went for between US$640 (S$850, Barely Legal) and US$18,750 (Umbrella Rat), with those by Fairey (Duality Of Humanity and Mujer Fatal) and Keith Haring (Untitled) fetching US$38,400 and US$28,125, respectively. The sums are a far cry from the seven to eight digits paid for the Old Masters’ works, but they signal the existence of a market for the art form. To be sure, street art has come a long way from the graffiti executed illegally in urban areas – although, according to Magda Danysz, curator of Artscience Museum’s latest exhibition, Art From The Streets, it hasn’t come far enough. 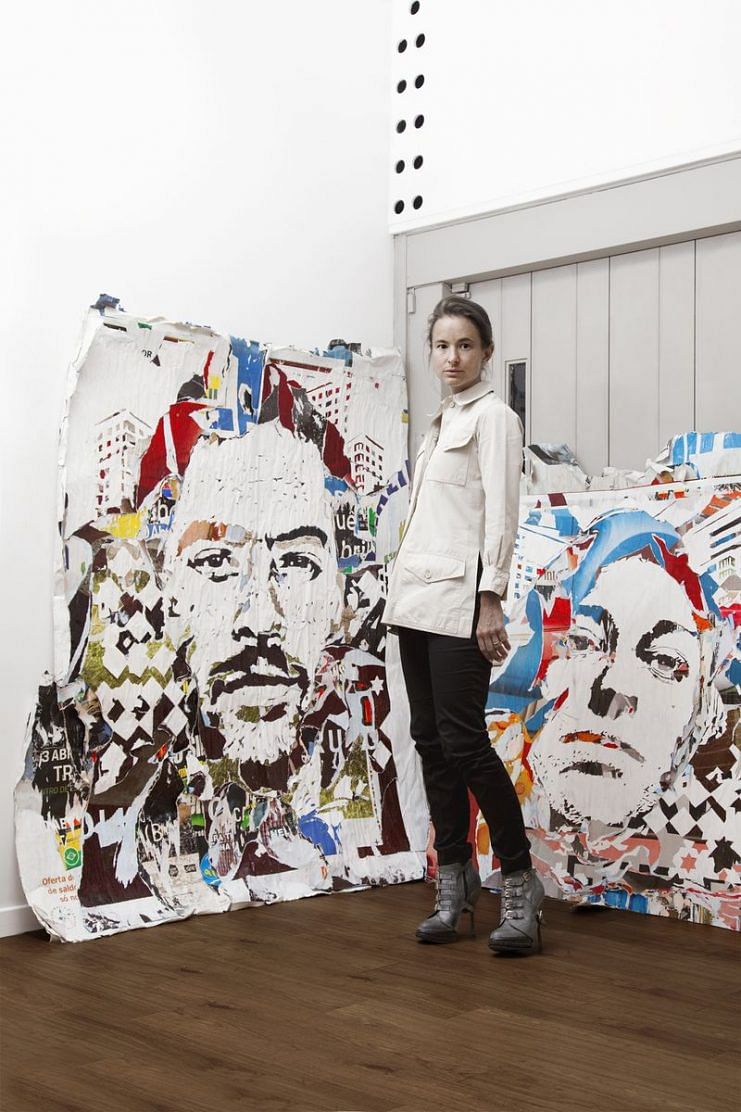 “Street art is a chapter and a part of art. I’m fighting hard for people to recognise this and the faces behind these works as artists,” says Danysz, an art curator and dealer for 27 years, and the author of A Street Art Anthology that documents the movement’s origins. The 44-year-old French gallery owner also frequently organises exhibitions featuring the works of graffiti artists across her three galleries in Paris, Shanghai and London.

The Artscience Museum exhibition details the movement’s evolution, from its countercultural beginnings to modern art form, and showcases works by prominent street artists from the region and around the globe – Banksy; Fairey; Felipe Pantone, famed for his geometric neon images; Speak Cryptic, who works with black and white outlines, to name a few. The mediums span stencils, photographs and canvas works, amid specially commissioned pieces that are executed, per the spirit of street art, on the walls of the museum itself.

The Peak speaks to Danysz about the change in societal attitudes towards the genre and her encounter with the local authorities while curating the show.

Street art has
evolved from
rebellious graffiti
to modern art,
as represented
in this piece by
Argentinian-Spanish
artist Felipe
Pantone.

Gilgamesh The Quest for Immortality by Tarek Benaoum

Outlaws of Style by Sheryo Yok

What sparked your interest in street art?

In the mid-80s, before I even started my gallery, I was going home from high school in Paris when I saw a bright pink tram going by. On closer look, I realised it was graffiti and there were many things going on. Later, I passed by some graffiti artists at an abandoned construction site and noticed the techniques used with their spray cans. I went back and told everyone what I saw but they dismissed it. But I knew there was something happening.

How has perception of the movement changed?

When Picasso did Cubism, people thought it was trash. It was the same with Impressionism before that – the audience at that time rejected it. What is amazing is that art history repeats itself. Now, people like Picasso but they are also the ones who reject new ways of expression. If you want to be a good art collector, you must be a little bold, dare to take risks and believe in what you see. In the art market, such works are still affordable. Banksy is still the only one who makes over a million US dollars, while others are bringing in US$300,000 tops. It’s still not much by contemporary art market standards. They do, however, sell well in auction and galleries, so many auction houses are jumping on the train to do more sales.

Did you face any barriers in bringing street art to Singapore?

Singapore is actually much more open than we think. Of course, it isn’t open to vandalism, but neither is Paris nor Los Angeles. We just forget that we need dialogue. I find the authorities here very cooperative. Everybody was making a big fuss about it, whether the works could be painted on the walls. The authorities saw that the artists weren’t devils, and they liked the show. I’m impressed that we didn’t have to do much convincing, they knew that this is history in the making.

So, what’s the difference between vandalism and street art?

If Picasso did a wall, you would probably see a barrier around it now. This is the result of the art market twisting things. You should be able to appreciate a piece of art because you like it, not because of the name. It’s the same in London, where Banksy painted some walls and suddenly people were putting Perspex over them to protect the work. We should appreciate it for what it is and be thankful to the artist, whether he’s a superstar or not. If you like it, that’s great. If not, then walk away.

What are your thoughts on Singapore street art?

I haven’t seen enough of it to comment. One of the Singaporean artists, Speak Cryptic, was saying that the scene is still very young here. But it started in the ’90s, that isn’t so young. There’s still history, just on a smaller scale considering the size of Singapore. Plus, the artists here travel – they are doing their works elsewhere. There’s no better soft power than that.

Art From The Street runs at the Artscience Museum until June 3.