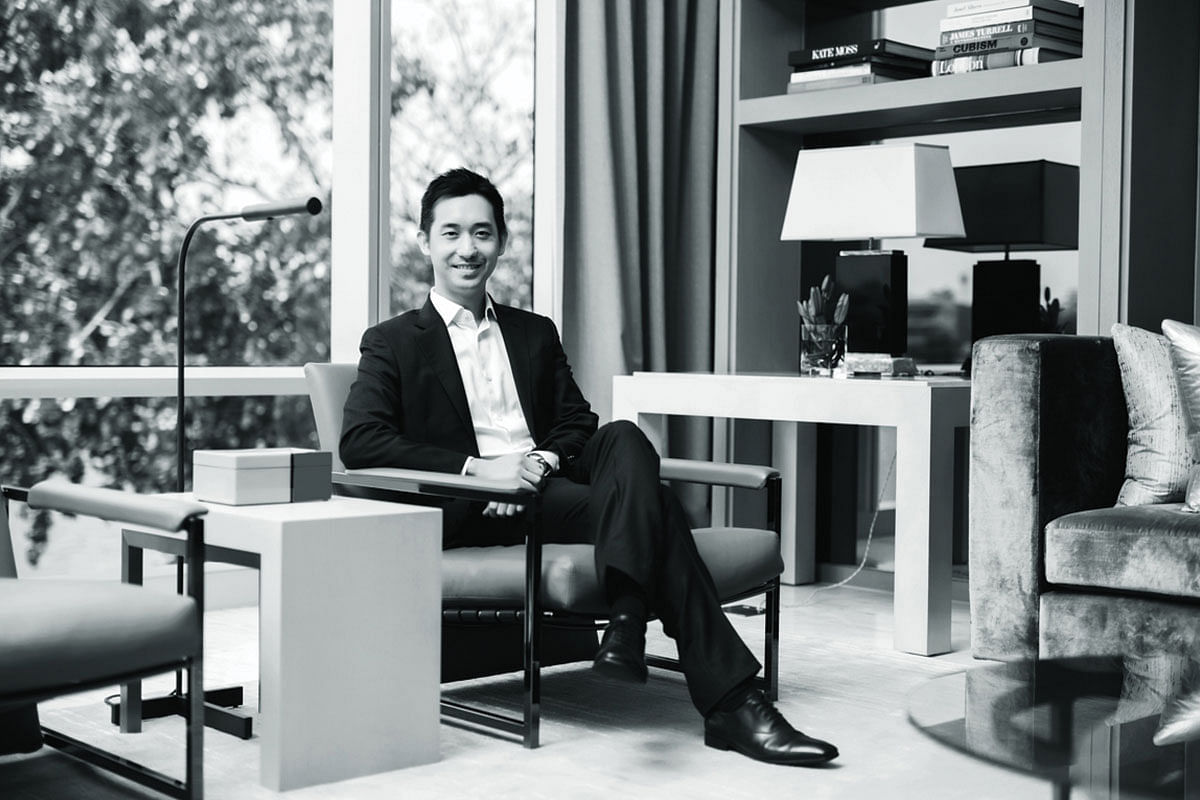 [dropcap size=small]B[/dropcap]angkok’s Chao Phraya is not just lined with the city’s most luxurious hotels and national emblems like Wat Arun and the Grand Palace – it is the city’s lifeblood and cultural soul. That’s the striking difference between this bustling metropolis and other waterfront cities like Hong Kong, Sydney and San Francisco, says Ben Taechaubol, chief executive officer of Thailand’s Country Group Development (CGD).

“If you’ve ever seen a royal barge procession, you’d have been blown away by the sight of hundreds of ornate vessels rowing down the river in a synchronised fashion – you can’t find this elsewhere,” he adds. 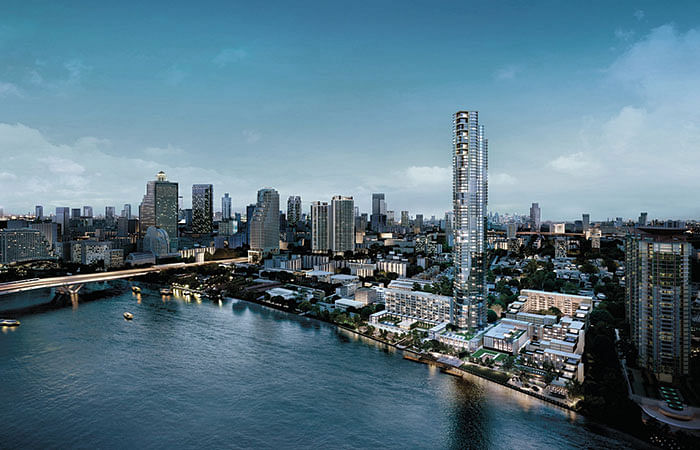 Speaking as a Thai who returned from Sydney after having moved there at the age of three, Taechaubol, 39, says: “It is because I grew up somewhere else that I can see how distinct and integral to Thai culture the river is. The intangibles are what makes it so special.”

He joined the company as development director in 2005, two years after he graduated with a law and business degree from Australia’s University of New South Wales. It was then helmed by his father, Sadawut, a prolific businessman with close ties to the Thai royal family. Taechaubol was appointed CEO in 2010.

Soft-spoken with a hint of an Australian accent and neatly dressed in an impeccable suit for this interview at CGD’s headquarters in central Bangkok, Taechaubol recalls his first viewing of the sprawling 5.75ha site in 2009, when it was still a settlement of 30 tenants, including a fishery.

“We knew straight away that something wonderful could be built there. The most recent luxury hotel built on the Bangkok city side of the river was the Shangri-la, which is 30 years old. So to get a plot today which is several times bigger than the incumbent player, that’s a fantastic base to start something,” he says.

It took the team five years to “equitably relocate” the existing tenants and settle on the current mix of two low-rise luxury hotels flanking a 73-storey residential skyscraper which, at 366 units, is the world’s largest Four Seasons Private Residences.

Since the Residences was launched two years ago, about 60 per cent of the block has been sold. Prices for the units with sizes from 115 sq m for a two-bedroom apartment to 1,050 sq m for a penthouse, start from US$1 million (S$1.4 million). The project is to be completed at the end of next year.

The Thai metropolis is currently experiencing a luxury property boom. According to Financial Times, prices for high-end condominiums in prime city locations have jumped 21 per cent between 2013 and 2016.

Other recent launches that have been popular among foreign investors include 98 Wireless at Lumpini Park, the Ritz-Carlton Residences in Silom and The Residences at Mandarin Oriental, which is located on the opposite bank of the Chao Phraya.

Taechaubol is confident the Chao Phraya Estate will appeal to Singaporeans – many of whom frequently jet into Bangkok – whether they are holidaymakers or second-home buyers.

He says: “Many Singaporeans want to experience Bangkok by fitting in as a local and that’s what this property is about. You can relax in a waterfront resort environment, yet be just 10 minutes away from the city’s shopping and entertainment district.”

Thai hospitality with Four Season’s luxury standards are par for the course. Amenities include a helipad, a private lounge and waterfront entrance exclusively for residents, as well as a Four Seasons Club with facilities like a glass-walled wine cellar, golf simulator, cigar room and private entertainment rooms. For Taechaubol, this project is so personal that the residential units feature design elements based on his input.

For instance, he insisted on sizeable foyers in the apartments to make a good impression on guests and that the kitchens be equipped with two-door fridges as one-door models were “not grand enough”.

Of course, he has purchased a unit too. But the jury’s still out as to whether or not he will move in. Taechaubol, who is married to Thai society darling Tirawan Pangsrivongse with whom he has a three-year-old son, says household matters are left to his other half. With a laugh, he says: “We are also building a house, so I’ll leave it to my wife.”

(RELATED: Why your favourite wine may not taste the same in flight, says local award-winning sommelier.)