By day, they’re professionals and management-tier execs. By night, they’re hard at play – and making money while at it. 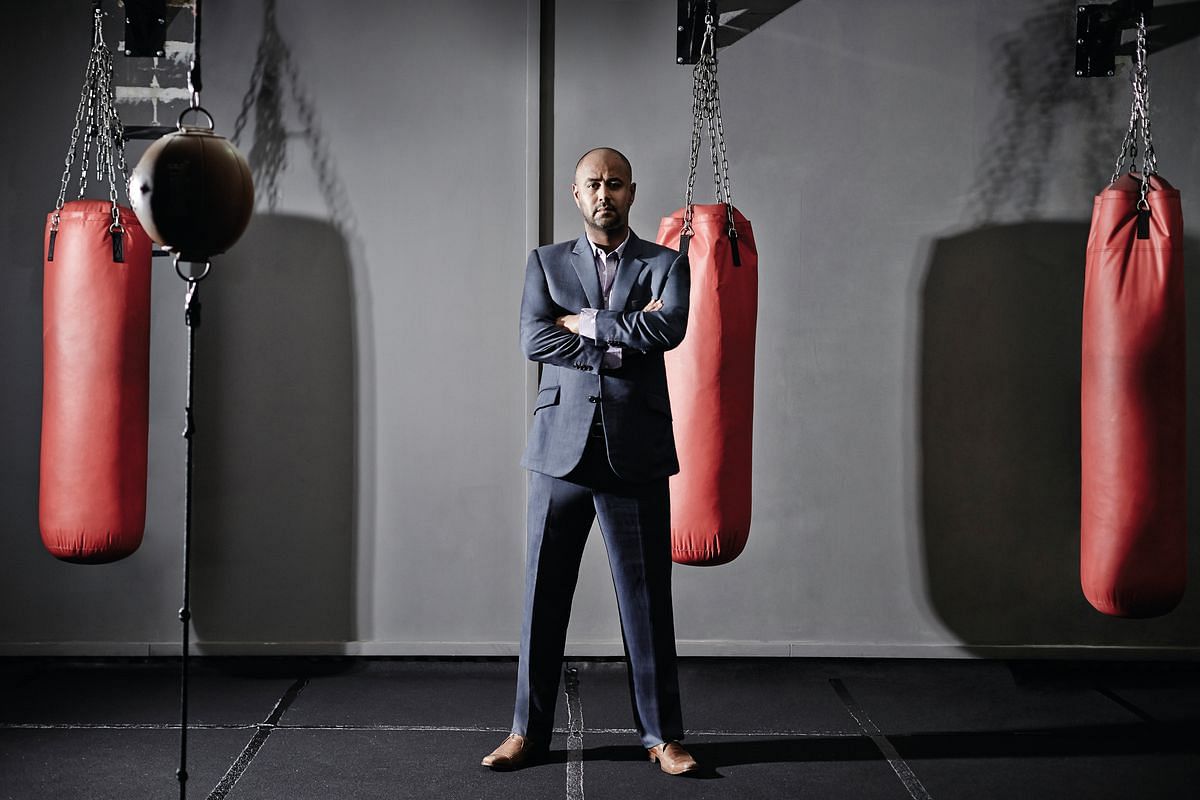 https://www.thepeakmagazine.com.sg/interviews/these-5-people-in-singapore-prove-you-can-make-your-hobby-into-a-business/
Gallery Format 26969
POWER OF HEALTH: After benefiting from boxing, which helped him to lose weight and save his life, Nazar Musa opened a boxing club to encourage others to pick up the sport.
image
Alvin See found great demand for his services as private chef, but limits it to two dinners a year due to heavy work commitments.
image
MORE THAN MEETS THE EYE: Not only does he support local basketball, Ash Singh has also turned to the digital realm to celebrate his Sikh heritage.
image
When this 68-foot catamaran is not being used by their family, siblings Julian and Lisa Theng charter it out so others can enjoy it too.
image

[dropcap size=small]I[/dropcap]f you have it, flaunt it. Priding himself on having the world’s largest collection of turbans, serial entrepreneur Ash Singh decided in March 2011 to create mobile app Turbanizer that allows users to upload a photo and see how they would look like in a turban.

The creation wasn’t just for fun. He says: “After 9/11, the US media were confusing Sikhs as terrorists, with the first violent crime being against a Sikh gentleman. I wanted to do something that got the general populace to understand Sikhs better.”

Turbanizer is currently headed for a million downloads. Ash was also behind reality TV show The Angel’s Gate, where budding entrepreneurs pitched ideas to potential investors. The 34-year-old is currently adjunct professor of entrepreneurship at the INSEAD Business School.

Turbanizer isn’t the first project the Canadian-born, Singapore-based managing partner of venture capital firm Nest Singapore has created to celebrate his heritage. In 2004, he and a friend set up website www.ratemyturban.com to help shape a fun and positive image of Sikhs and turbans. It was selected by Yahoo in 2005 as its site of the day, and became one of its top 12 picks for the year. Turbanizer was a natural progression, as they received many requests from netizens who wanted to know what they looked like wearing a turban.

(RELATED: Can Singapore be the next Silicon Valley? Technopreneurs weigh in.)

“I wanted Turbanizer to focus on return on impact, as opposed to return on investment. It has reached out to about 20 million to 50 million people, and counting.”

That’s not the only pie Ash has a finger in – he has been co-owner of local professional basketball team Singapore Slingers for the last 10 years. Ash first got acquainted with the team then when he was managing McDonald’s and its customer loyalty programme. The Slingers were going through a difficult financial period and he stepped in with a consortium to invest in the team.

Ash, who attends every game with his five-year-old son, says: “It isn’t a decision from a strict business investment perspective. We see it as a means to give back to the fabric of Singapore.”

02: Alvin See – Flavoured by the Past 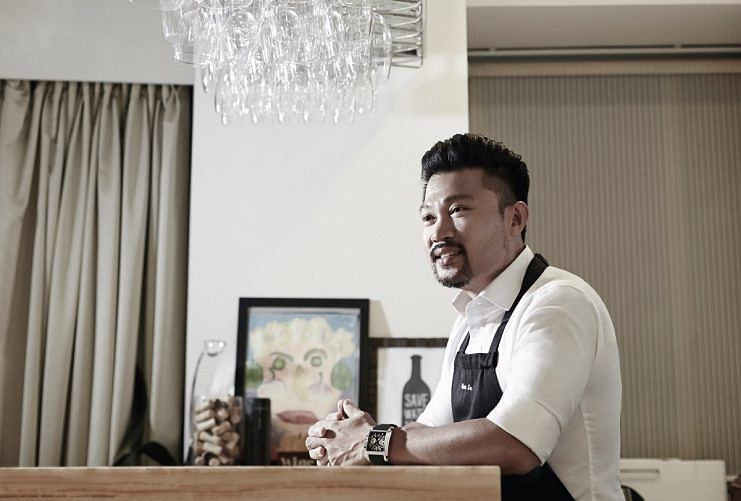 By day IT professional
By night Private chef/blogger

[dropcap size=small]W[/dropcap]hile much has been said about Proust and his memory-laden madeleines, for Alvin See, his first and fondest memories of food are of a humble bowl of lor mee.

Having lost his mother at the age of five, the senior vice-president of global consumer technology at an international consumer bank today was raised by his grandmother, who ran a hawker stall selling the traditional noodle dish. “I first helped her with errands for the stall,” the 43-year-old recalls. “When I was older, I started assisting with the prep work and cooking.”

Six years ago, See started his blog Chef and Sommelier, upon request from friends. “They were always asking me how to cook this and that. I also wanted to record the recipes for my three children, as a way for them to connect with me when they grow up,” he says.

Readership for the blog, which features his tried-and-tested recipes such as roast pork and crayfish bisque, grew mainly by word of mouth – it currently garners 20,000 to 25,000 page views a month – and during one of his usual dinner gatherings, a friend suggested that he start private dining. “I took photographs of one dinner, posted them up on my Facebook page and asked if anyone was interested.”

(RELATED: Chef Emmanuel Stroobant of Saint Pierre knows a thing or two about home entertaining, and shares it with us.)

Turns out, there were. But having a full-time job and a family means that See is highly selective with the private dining clients he takes on, limiting this to a couple of times a year. Not only is cooking his means of creative expression, he also sees food as a bonding tool to share and connect with people. There is also much satisfaction when others enjoy his food.

While See is happy to continue hosting dinner parties with the help of his wife, who bakes and is in charge of breads and desserts, he hopes to publish a cookbook featuring his most popular recipes in the near future. “When I retire, I want to enrol in a formal cooking school like Cordon Bleu to acquire real kitchen knowledge,” he says with a laugh.

[dropcap size=small]N[/dropcap]ine years ago, while living in Dubai, Nazar Musa was diagnosed with Type 2 diabetes, and was informed by his physician that if he didn’t shed weight and improve his fitness and health, he was going to die.

“The problem I have is that I get bored easily. When I run, for example, my mind is on everything but running,” says the 45-year-old. A friend suggested he attend a boxing class and, after his first session, he was hooked.

The co-owner of Gulfreps, a Dubai-based boutique marketing and public relations company specialising in travel and tourism, says: “Boxing is an exercise that keeps you engaged. You need to think about it, because if you don’t, someone will punch you in the face.” Within 12 weeks, he had lost more than 20 kg, turning his health around. “Without sounding melodramatic, boxing saved my life.”

Musa is also CEO of Medical Channel, a digital media company in the health arena in Australia. The idea to start Spartans Boxing Club was seeded one evening in July last year, while he was on a business trip in Sydney. As a rudimentary form of market testing, Nazar created a Facebook page to ascertain public interest in a boxing gym in Singapore’s East Coast area where he lives.

“There weren’t any boxing clubs there. I told myself that if I had 100 likes for the page, I would open the gym.” In a week, the page received more than 1,000 likes. In October last year, Spartans Boxing Club opened its doors eight weeks after securing a venue in Joo Chiat Road. “I started this business with the same mindset as my other businesses. It shouldn’t be a passion play or just for my ego, but one that is profit generating, or, at least, takes care of itself.”

The club broke even by its third operating month, and currently has 200 active members. “I want a gym where people wouldn’t feel intimidated. The ability to use boxing for well-being is more important than it as a martial art.”

[dropcap size=small]I[/dropcap]n their day jobs, Lisa and Julian Theng are prominent professionals. She is managing partner of Colin Ng & Partners, and he is the founder of Eagle Eye Centre that has five clinics in Singapore. The siblings are also joint owners of $5-million Eagle Wings, a 68-foot twin-hull catamaran by Polish builders Sunreef.

“As young graduates, Julian and I started renting boats to go fishing and swimming,” Lisa, 49, says. “We enjoyed these boating adventures and I guess that led us to eventually purchase the boat.”

But they are not on the boat 24/7 and, faced with a monthly bill of $60,000 for berthing, insurance and salaries for a captain and a five-man crew, they charter the boat when the family is not using it. They have also snagged an exclusive deal with Sunreef to sell its yachts in South-east Asia.

“The distribution rights were given to us partly out of mutual trust that developed during the purchase of Eagle Wings,” says Julian, 48, who designed the interior of Eagle Wings. “The chartering arm allows us to focus on our professions, which is where our true careers and passions lie. Our love for boating will remain our leisure. It is another opportunity for us to strengthen family ties.”

The close-knit extended Theng family – there are 17 of them, including their parents, other siblings and their families – went on their first overnight cruise a week after Eagle Wings was delivered in early April. “For once, with eight nieces and nephews on board, social media, texting, computer games and TV took a back seat,” says Lisa. “Phones were used mainly to take photos. Now that is real bonding!”

Although Julian and Lisa have the boat dealership and chartering business – its tagline is “sharing boating bliss, where kinships set sail” – a financial pay-offis not what they are after. Says Julian: “A realistic target will be to defray the boat’s running cost. If the boat gets popular with time, it could possibly turn profitable. We believe the yacht is a great place for a family to bond. That’s the way we want to share the boat with other people.”