What was Lee Kuan Yew’s greatest fear for Singapore? 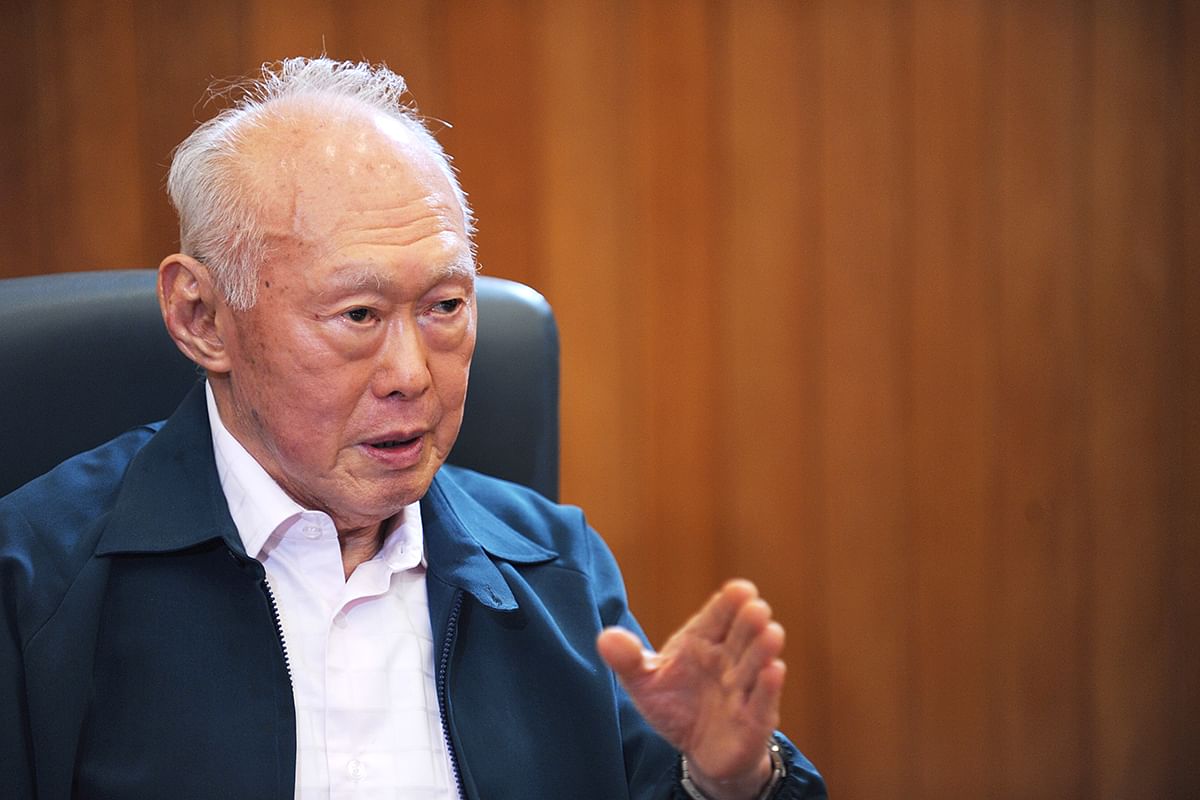 [dropcap size=small]T[/dropcap]he death of founding prime minister Lee Kuan Yew (LKY) on 23 March 2015 marked the end of an era. How will the nation fare now that the rock of Singapore politics is gone? What does the future hold?

Former The Straits Times editor Han Fook Kwang addresses these issues and more in his recently published Singapore in Transition: Hope, Anxiety and Question Marks. The compilation of 40 columns draws from his commentaries in The Straits Times and The Sunday Times. It covers Singapore politics, economy and society, including the surprising results of the last two general elections.

In the following excerpt, Han culls from his chats with the late minister mentor to give Singaporeans a heads up on their nation’s political future.

Text by Han Fook Kwang; First published in The Sunday Times on March 27, 2016

“Ah, history… I’m dead by then.” said Mr Lee Kuan Yew when asked how he wanted to be judged by history.

That was during an interview in 2009 with the authors of the book, Hard Truths to Keep Singapore Going.

I remembered thinking at the time that it was so like him: unsentimental to the end, and dead right. But, though he didn’t want to dwell on what that judgment might be, he had plenty to say about the future of this place after his death. And we the authors were very keen  at the time to get him to talk about it, pressing him about this scenario and that. How did he see Singapore’s politics changing? How long would the People’s Action Party (PAP) be able to remain in power? How might its demise occur? What would happen in 10, 20 or 50 years from now?

He had agreed to do the book with us because he wanted his views to reach as many people as possible, but especially younger Singaporeans, never mind if they agreed with him or not.

So, on the first anniversary of his death, I thought it fitting to put together those views, not about what he had achieved, but the future that he was so concerned with in his later years. I think he would have wanted Singaporeans to reflect on what he had to say.

7 Questions and Answers taken from the book, Singapore in Transition: Hope, Anxiety and Question Marks

Q1: How confident are you that Singapore will survive your death?

Lee: “All I can say is, I think Singapore is safe for 10 years. No trouble because there’s a team in place that will handle it. Whether it will be 15, 20, or 30 years, depends on them getting a team of players very soon. Part of the team is in place but you need a leader. You need somebody who can communicate, who can mobilise people, move people. It’s not enough to have a good policy. You got to convince people.”

I think the more likely is a gradual evolution because it is most unlikely the way we have evolved the party and the renewal of the party leadership that you will get such a clash of opinions that it will divide the whole leadership, the MPs and the party machinery into two, or into one major part, one minor part.”

Q4: What will happen if it takes place suddenly?

Lee: “If it is sudden, well, you’re landed with an emergency. In that emergency, I think the people will just take somebody like me and a few of those friends and say look, let’s make a bid and stop this from going down the drain.”

Q5: What could possibly make it happen suddenly?

Lee: “You have a rumpus in the leadership. They disagree profoundly, either for reasons of principle or personality and suddenly it breaks up… I cannot tell you what’s going to be in maybe 20, 30 or 40 years, not possible. We might have a genuine difference of perspective what the future should be, what kind of Singapore will survive and thrive in that future. We might have a clash. I don’t know.

I’ve lived long enough to know that nobody settles the future of his country beyond more than a decade or so of his life. Stalin grabbed the whole of eastern part of Europe, grabbed all the Asian republics right up to Siberia, and took Outer Mongolia, which belonged to China under his wing. That’s 1945. He’s dead. 1950s or something, Khrushchev came up. In 1992, it dissolved – less than 40 years. They threw up a Gorbachev who never went through a revolution, who did not know that he was sitting on a boiling cauldron.”

Q6: So there’s nothing that can be done to prepare us for that eventuality?

Lee: “Can anybody tell you how to prevent, from getting a stroke or an accident? That you will eventually die is a certainty, right? But how you will die, nobody can tell you.”

Q7: What is your greatest fear for Singapore?

Lee: “I think a leadership and a people that have forgotten, that have lost their bearings and do not understand the constraints that we face. Small base; highly, technically organised; very competent people; complete international confidence; and an ability to engage the big boys. You lose those, and you’re down. And you can go down very rapidly…

No system lasts forever, that’s for sure. Ten years, I don’t think it’ll happen; 20 years, I can’t say; 30 years, even more I cannot tell you. Will we always be able to get the most dedicated and the most capable, with integrity to devote their lives to this? I hope so, but forever, I don’t know.”