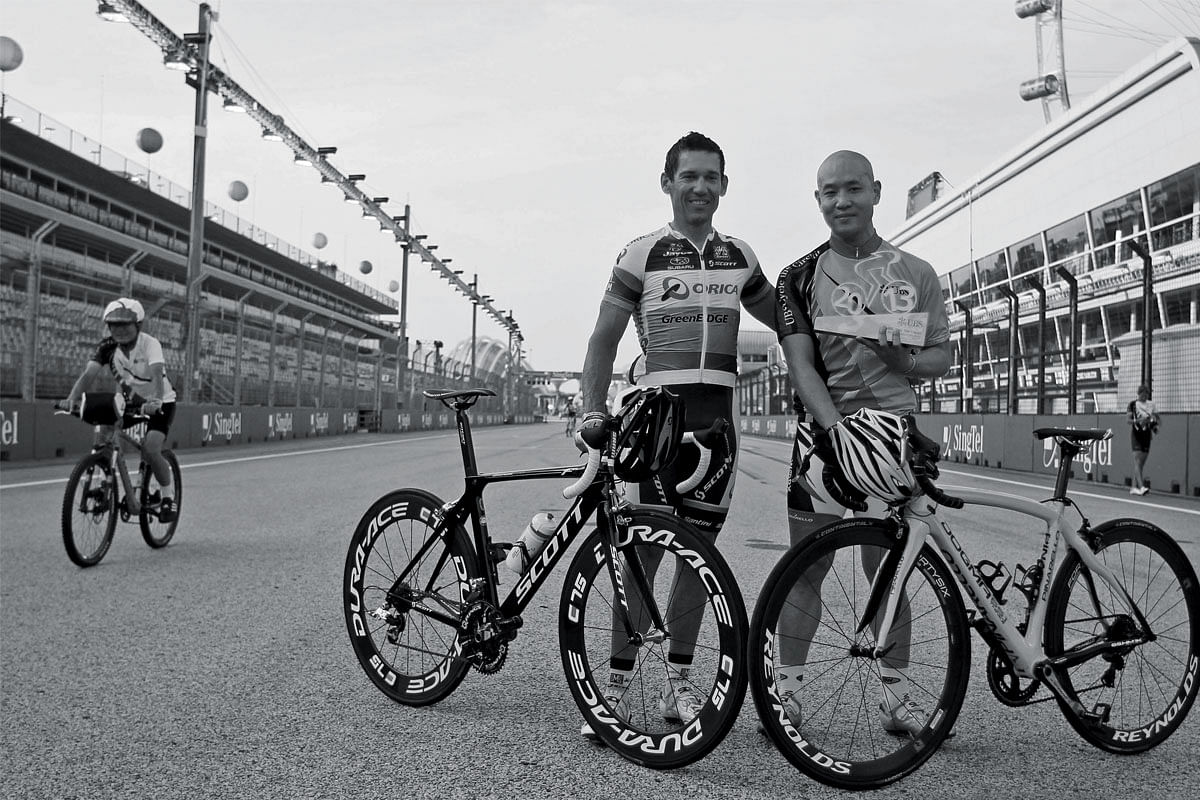 Although he was accepted to study performing arts at Bretton Hall at the University of Leeds, a practical Tay decided to read business and international management at Oxford Brookes University instead.

He switched from playing rugby to cycling nine years ago, after an accident on the field left him with seven stitches near his left eye. “Cycling keeps me calm. For three hours, it’s just me and the road. That’s a good time to be in your own head space and be yourself.”

His love for the performing arts led him to an appreciation for visual arts. Some of Tay’s favourite artists include Los Angeles-based Brit sculptor Thomas Houseago, Indonesian artist Handiwirman Saputra, US painter Mark Bradford
and Filipino artist Jose Legaspi.

His most recent purchase is a Patek Philippe Perpetual Calendar, which he got in October. Tay shares that he has acquired more than 10 timepieces so far this year, including Swatch’s Sistem51.

Tay and his fiancee, 30-year-old Talenia Phua Gajardo, have been dating for eight months. He shares: “If we are blessed, in the next several years, I look forward to parenthood, especially to the trials and tribulations of being an overly anxious father to tiny toddlers.”