Rejuvenating the 111-year-old Chinese organisation tops the priority list of the pair from T.S. Lee & Sons. 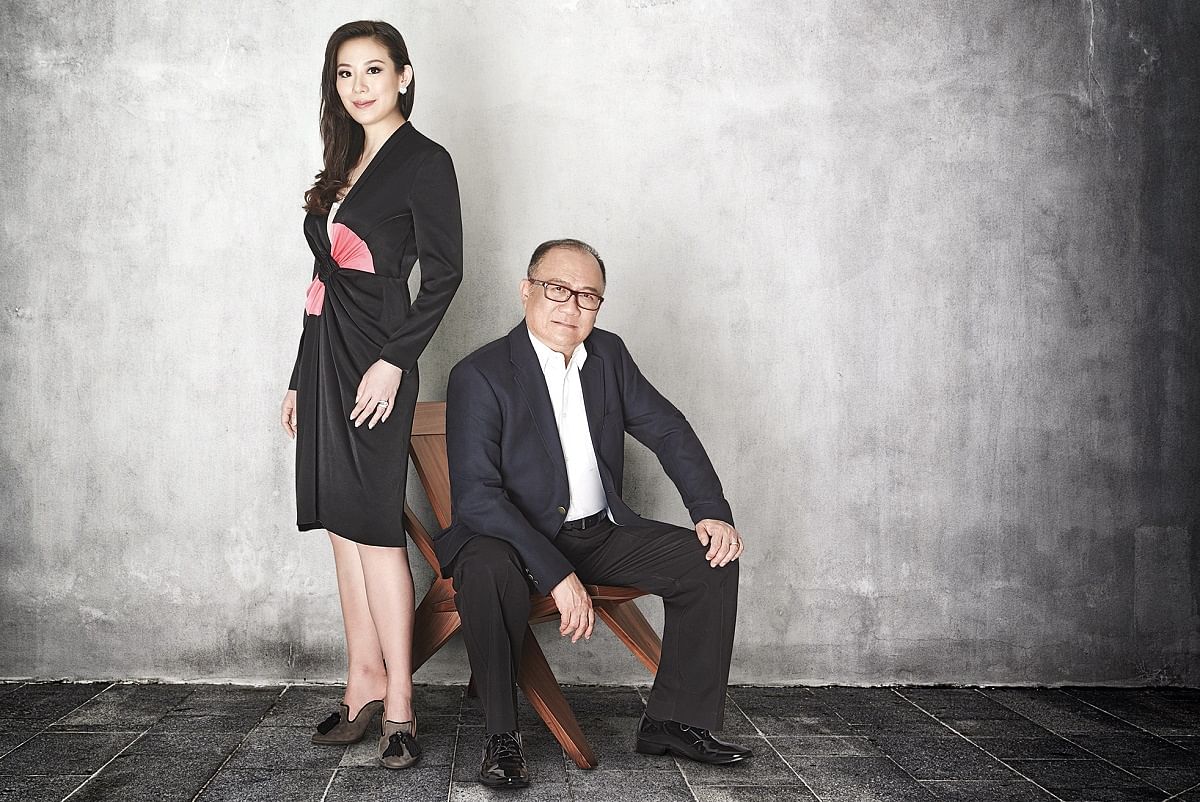 This story is part of The Peak’s Legacy series for August.

[dropcap size=small]H[/dropcap]e helped steer multiple businesses – from investment holding company T.S. Lee & Sons to KS Energy, a mainboard-listed energy services provider for global oil and gas industries – to new heights for the next generation to take over. And now, in blissful self-imposed retirement, the indefatigable Billy Lee is embarking on yet another legacy project: the 111-year-old Goh Loo Club.

“The club is symbolic of a past glory, echoed in the age of Chinese success in commercial enterprises,” says the 68-year-old, on why he took on the task of rejuvenating the organisation founded in 1905 as a gathering place for Chinese entrepreneurs, including his grandfather Lee Kim Puat who was a merchant and well-known racehorse owner.

“As a retiree with a little free time to spare, I embark on this new project, given the rich heritage background of the club. My grandfather and the other members had a strong desire to make it a premier club in Singapore.” Billy shares that during his grandfather’s time, the club’s interests were more aligned with business networking. However, with changing times and the mushrooming of other ways and means of networking, he feels a need to inject vigour into the club.

“We want young professionals to come and share their ideas, bring them to fruition and hopefully benefit society. It is also an opportunity for the older generation to impart values to the younger ones.”

Descendants of the founding members have joined the club, which recently won the URA Architectural Heritage Awards 2016  that recognises exceptional works in heritage building conservation and restoration. One of the first persons he recruited was his younger daughter, Stephanie Lee, who has been involved in the redevelopment of the Club Street building for the last two years.

While one might think tension between the two generations is inevitable, things have worked out well so far. Billy says: “The older generation would have preferred to dedicate the whole premise to the club and its activities, such as housing a museum to display antiques loaned by members, but we had to agree with the younger generation to have an F&B establishment or lease it out to another party, in order to derive income and maintain the club’s operations and activities.”

This wouldn’t be Stephanie’s first project with her father. Three years ago, the 31-year-old joined the family office T.S. Lee & Sons. She admits that working together in such close proximity took some getting used to. “We are similar in the sense that we both look at the big picture and are more macro in management style. However, we are also strong-headed and do end up quarrelling, should there be major disagreements. I have learnt not to get too emotional and not to take things personally.

“I try to remind myself that this is about work and not about me. I will let him speak and share his opinions first, and, when emotions have cooled, I will initiate an open discussion to come to a conclusion.”

“Dad knows best,” Billy chimes in with a chuckle. You know the father and daughter are close and have put any past disagreements behind them. When we photograph them, Billy often puts his hand on Stephanie’s knee or shoulder, as a reassuring gesture of how proud he is of her – elder daughter Cheryl is co-owner of lifestyle and F&B group 1-Rochester Group.

He teases Stephanie over her slight weight gain – she gave birth to her first child, Max, in May and had just finished her month-long confinement period when we met – and she simply shrugs.

Often, the line between work and private time gets blurred too, when one works for the family. “People often have the misconception that one enjoys flexible timing when working for the family business. It is quite the contrary, because I have to be on my toes 24/7,” Stephanie says.

“Where I was working at Citi, my bosses encouraged family time on the weekends. However, with my father as my boss, the usual Sunday family dinners and catch-up coffee sessions I enjoyed with him on a very personal basis evolved into opportunities for him to discuss work 85 per cent of the time. It reached a point when he would call me whenever he remembered an important point, or requested to meet up even after midnight to discuss work – even when I had just returned from overseas.

“However, I am thankful that his attitude towards my work-life balance has changed, since I became pregnant. He is more empathetic and understands that I am in a next phase in life, and recognises that giving me the time and space to spend with my own family is important.”

Right now, Stephanie is focused on getting the club up and running. First, she wants to woo female professionals – members were traditionally men. Next, she will be planning a slew of marketing and business activities that she hopes will benefit members and society.

Yet hers is not an “out with the old, in with the new” modus operandi. She still wants to preserve the spirit of the club, which promotes entrepreneurship and celebrates the forefathers’ traits of hard work and determination, in spite of adversity.

“There is no point developing a club without it being meaningful and preserving the legacy of it.”

She says: “We need to create relevant ideas to pave the way for the younger generation to combine their expertise and resources to better understand and deal with challenges and trends aff ecting communities. There is no point developing a club without it being meaningful and preserving the legacy of it.“Instead of how the older generation interacted through mahjong games, the current and future generations can participate in activities such as e-commerce, forums, and events that can strengthen our understanding of our Chinese heritage. This can also nurture a sense of collective responsibility and community action.”