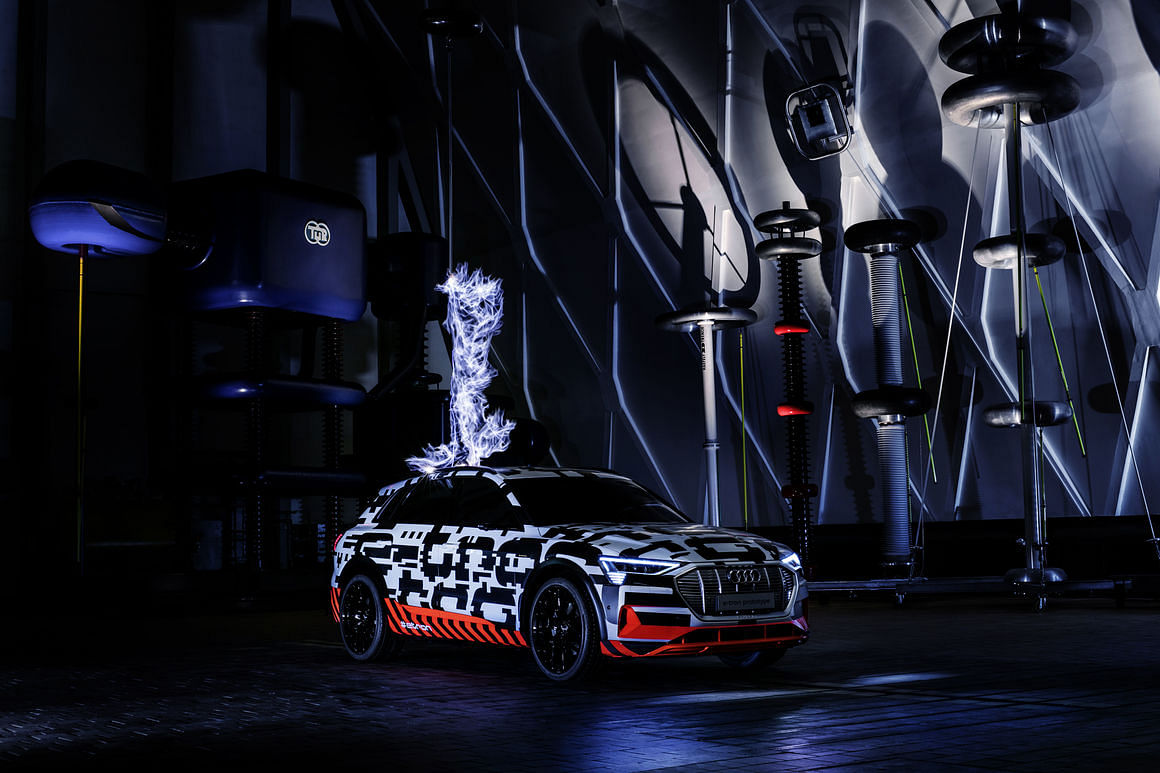 Behold the e-tron prototype, Audi’s production-ready electric car. It is expected to reach Singapore showrooms as early as the first half of next year and will be the German brand’s first battery-powered vehicle.

Looking like a Q5 sport utility vehicle, the prototype is expected to be comfortable, spacious and capable of a decent range. So far, the car has clocked more than five million test kilometres on four continents. The production version can fill up on electricity at fast-charging stations with up to 150kW charging capacity. In just under 30 minutes, the SUV is ready to go. The all-wheel-drive will be produced at a “carbon-neutral” plant in Brussels.

in Hamburg Volkswagen, Audi and Porsche are testing autonomous parking at Hamburg Airport, Germany. The function, which allows the car to park by itself and be summoned remotely, is set to be available from 2020.

In addition to parking, services such as charging, parcel/laundry delivery and billing by app will be built in. The cars navigate their way to a parking space on their own.

Thousands of parking procedures in different places around the world are being performed and analysed in the test phase.

The BMW Group has opened its autonomous driving campus in Unterschleiheim, Germany. The campus is a “state-of-the-art centre of excellence that covers every base when it comes to offering greater capacity for innovation and increased development efficiency”.

Some 15 months ago, the group decided to pool together its expertise in the fields of vehicle connectivity and automated driving at a single location. The campus offers 23,000 sq m of office space with room for 1,800 employees.

The Italian supercar manufacturer has partnered with Italtechnology to create the first range of e-bikes bearing the Lamborghini name.

Designed and built in Italy, with five years’ development behind them along with four international patents, these Lamborghini battery-assisted bicycles are available in two versions – one with mountain-bike capabilities for outdoor activities and the other for urban riding. Each e-bike’s livery can be individually customised, just like for newly purchased Lamborghini supercars.

This article originally appeared in The Straits Times.