Behold the Mercedes-AMG Project One: the world’s first road-legal Formula One racing car

After nearly nine months of teasing, the Mercedes-AMG Project One is finally official, and, based on its vital statistics alone, the relentless hyping on paper appears completely justified. 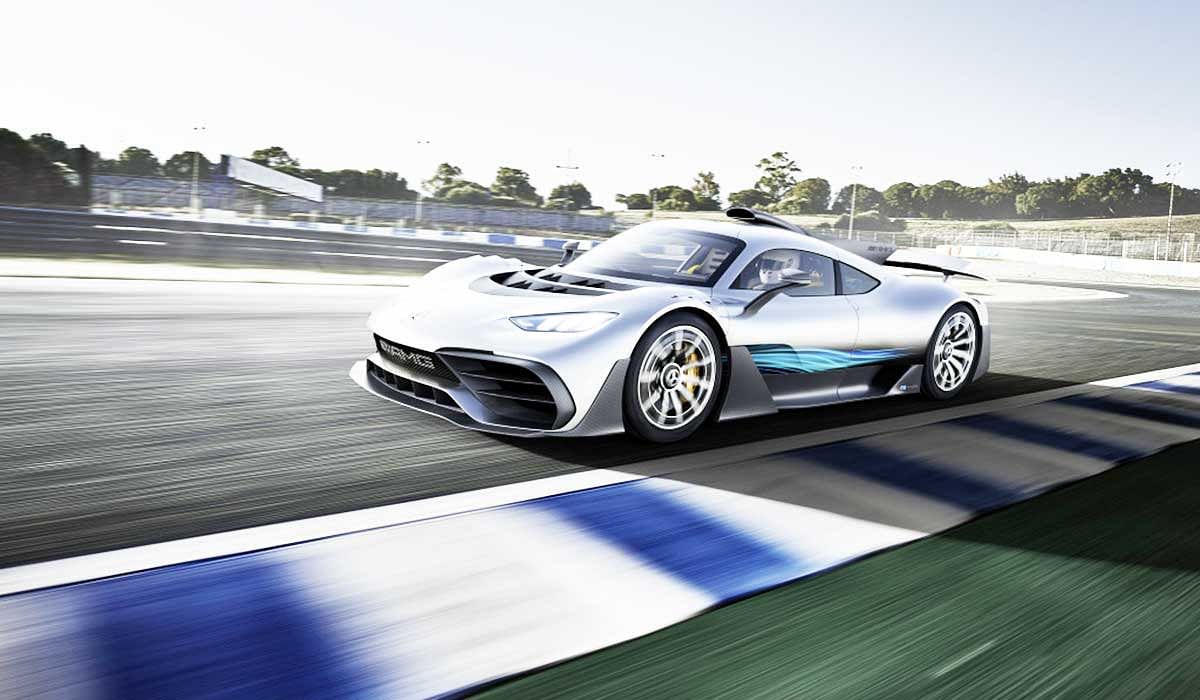 [dropcap size=small]”T[/dropcap]he Mercedes-AMG Project ONE is the first Formula 1 car with MOT approval,” said Ola Källenius, the company’s global head of research and Mercedes-Benz Cars development.In other words this is a car that boasts never before experienced performance technology – unless your name happens to be Lewis Hamilton – but delivers it in a way that could conceivably make the car capable of performing the school run.

“Motorsport is not an end in itself for us. Faced with intense competition, we develop technologies from which our production vehicles also subsequently benefit. We are drawing on our experiences and successes from three constructors’ and drivers’ world championships to bring Formula 1 technology to the road for the first time,” said Dr Dieter Zetsche, Chairman of the Board of Management of Daimler AG and Head of Mercedes-Benz Cars.

In essence this means a car constructed from the most exotic of strong yet lightweight materials and with a tiny hybrid 1.6-liter V6 engine placed dead in its center. However, thanks to very generous levels of turbocharging, plus two F1-derived forms of energy recuperation system and four electric motors, the car’s total output is 1000hp and its top speed is 350km/h.

Other hypercars can manage similar top speeds or levels of horsepower, but nothing currently on the road can do so from an electrically assisted turbocharged engine similar in size to that found in a VW Polo. Nor can any current road legal car rev to 11000rpm. Such a high red line means that most owners will never manage to drive it on the complete limit.

Mercedes has had to build a unique automated eight-speed manual transmission to cope with all of the torque and power the engine can put out.

However, if they do find a long enough stretch of track, they can race to that red line in confidence. Because the electric motors that aid the engine are each powering a single wheel, there is perfect torque vectoring and individual wheel braking, meaning it should stay on the road like it’s a magnet and the track is made of solid steel.

Yet these electric motors and the lithium battery pack giving it so much power also means that it can travel on electric power only around town for up to 25km.

As for acceleration, the company isn’t bothering with a 0-60mph or 0-100km/h time. All it’s saying is that the car can hit 200km/h in well under 6 seconds. That truly is motorsport performance.

However, unlike a real F1 car, this vehicle has a roof, several generous storage spaces and two racing seats rather than just one. However, the cabin is a bit austere, with nothing included that isn’t absolutely crucial to the car’s capabilities. Even the gauges have been ditched in favor of two digital screens. However, the Mercedes full infotainment system is included, as is air conditioning and electric windows.