Behold the Rolls-Royce driverless concept car of the future

The British luxury marque designs a concept built from the dreams of its clients. 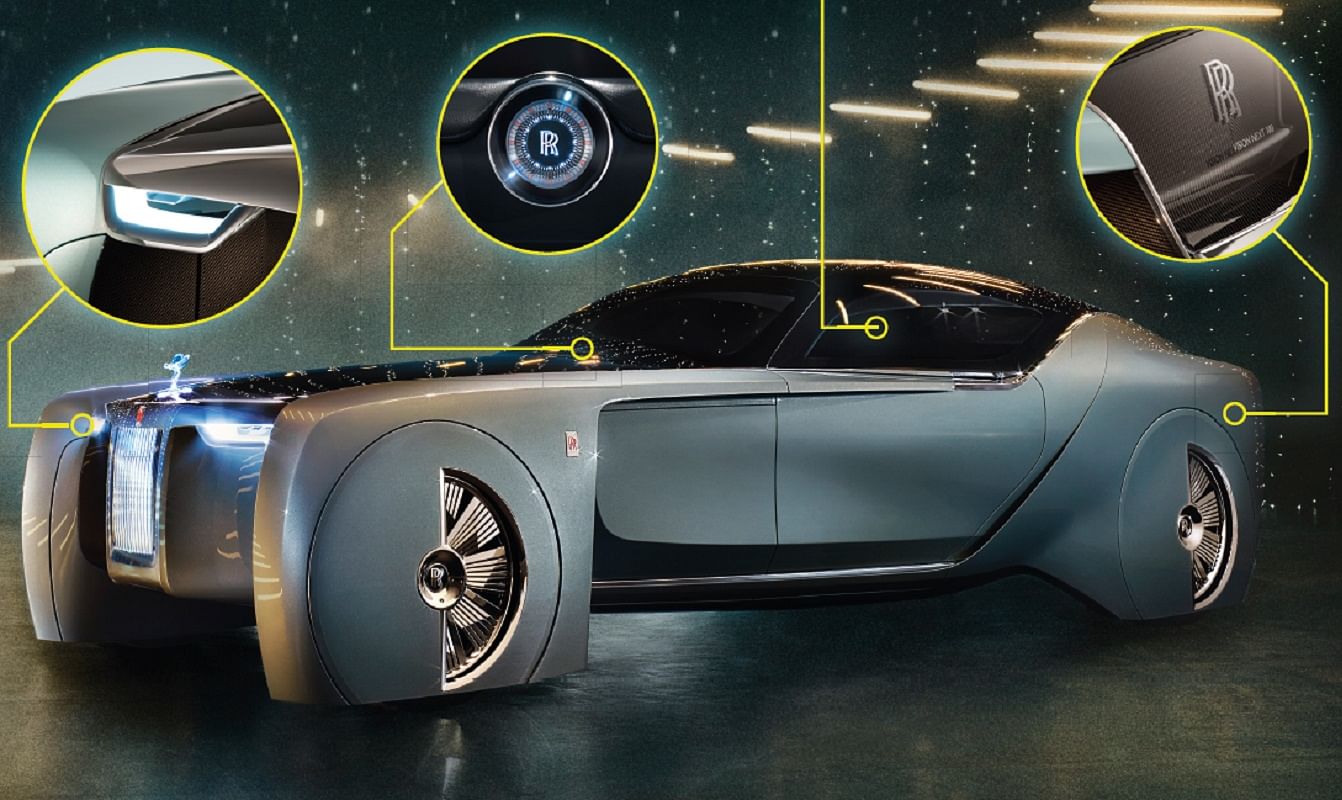 [dropcap size=small]T[/dropcap]he luxury car segment has been the most reluctant in the motoring industry to embrace autonomous driving, citing the importance of preserving the driver’s experience at the wheel.

No skin off the back of British marque Rolls-Royce, however, which has always held down the role of the car to be driven in, rather than to drive. It’s thrown in its lot with a 6m-long monolith that resembles a futuristic cruise liner. The concept car, which Rolls-Royce has christened the Vision Next 100, is the distillate of its clients’ expectations for a car of the future.

“We were mindful not to dwell on the past,” says director of design Giles Taylor, the sentiment of which in part explains the brand’s acquiescence, however late. The results? The most striking change is the omission of the driver’s cabin.

Instead, “Eleanor”, the personification of the emblematic Spirit of Ecstasy bonnet ornament, will ferry her passengers between work calls and social functions. She’ll never show up late, given her omniscient knowledge of traffic conditions, and “calling in sick” is not in her vocabulary.With enough time, she’ll be familiar with her owners’ preferred shortcuts and detours, and promises to “free (them) of all effort and encumbrance”.

As one would expect, only ace workmanship and materials go into the Vision Next 100. The cabin’s hewn out of exotic macassar ebony, a wood prized for its rarity and durability, though notoriously difficult to work with. To make the interior a veritable light show, curved OLED panels could be employed. Those are the kingpin of touchscreens and cost more per square foot than a District 10 property.

In the era of turbulent change to come, where aficionados may bemoan the lack of the human touch, at least the focus on luxuriant furnishings will remain a fixture.