Bentley: an automotive icon revs up for the future

The carmaker’s tradition of respecting bespoke craftsmanship while being at the forefront of technology puts it in good stead for its second century. 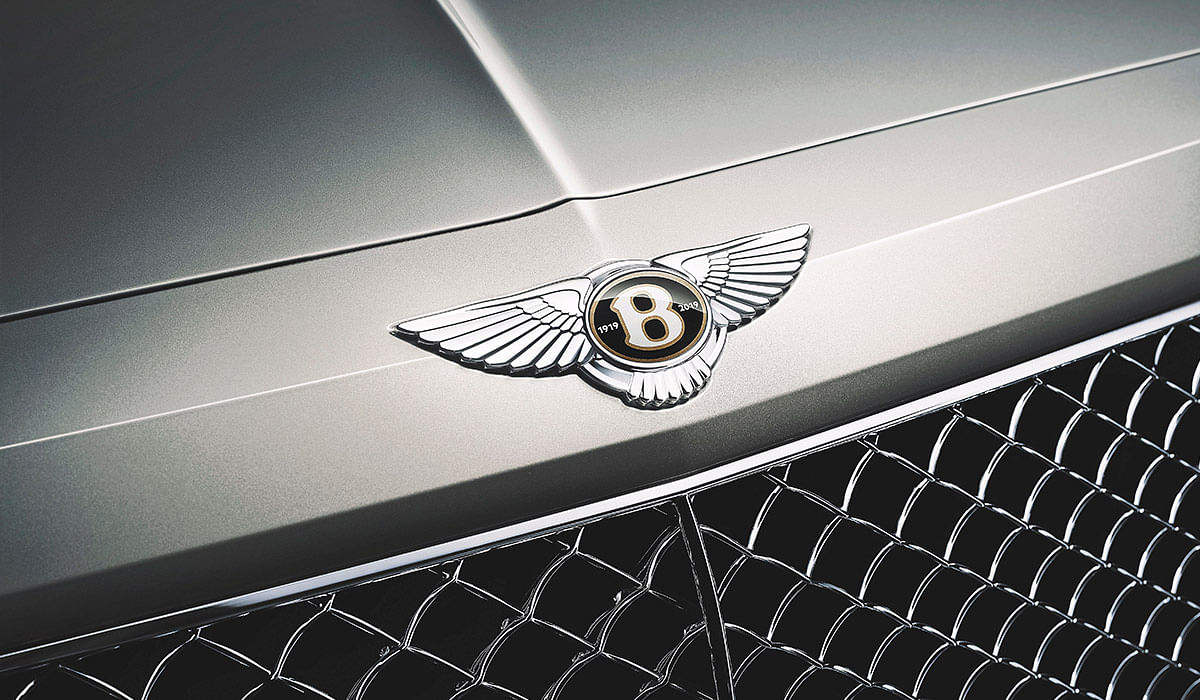 From bespoke footwear and musical instruments to wine and mechanical watches, buyers of luxury demand craftsmanship executed through time-tested methods. More than any other trade, however, high-end carmakers need to find that delicate balance between the traditional and the cutting-edge.

Celebrating its centenary this year, Bentley has demonstrated its firm grasp of that concept, evolving with technology and its customers’ expectations while staying true to what it was that made it an automotive icon.

Walter Owen Bentley founded Bentley Motors in 1919 in order to “build a fast car, a good car, the best in its class”. W.O. did that and more. In the 100 years since, he and his company defined motor racing, the grand tourer and luxury off-roading.

The first Bentley, the 3-litre, captured the hearts of tough-to-please royalty such as Prince George (later the Duke of Kent), the Prince of Wales (Edward VIII) and the Duke of York, later King George VI.

The car, with its technologically advanced aero-inspired engine, famously won the then-new 24-hour endurance race in Le Mans, France. Its successor continued to clinch pole position four times in a row in the late 1920s, catapulting the dashing “Bentley Boys” – the wealthy owner-racers of these fabulous cars – into the public consciousness.

In 1930, Bentley Boy Woolf Barnato wagered that he could beat the Blue Train from Cannes to Calais. Seven hundred miles later, he parked his Bentley Speed Six in front of his London club before the locomotive had even reached Calais. This proved that Bentleys weren’t stripped-out racing cars, but cars designed to travel long distances in comfort and at speed.

Bentley soon became favoured for its Grand Touring cars, the modern envisioning of a vehicle that transported the English aristocracy as they partook in its Grand Tours of Europe, a tradition that began in the 17th century.

The first of those was the beautifully streamlined 1952 R-Type Continental, which featured extensive use of then-futuristic aluminium to keep weight down. It achieved the unthinkable – it could cruise at 100mph (160kmh) carrying four passengers and their ample luggage.

Half a century later, the first all-new Bentley released under the VW Group would also wear the Continental badge. It paid homage to its 1952 predecessor in the swage lines over the wheels and in its effortless Grand Touring ability, at nearly twice the speed of its namesake. Currently in its third generation, the Continental GT pioneered the W12 engine configuration in road cars, the 6-litre twin-turbo powerhouse providing top speeds in excess of 300kmh.

In tandem, Bentley returned to racing. First in Le Mans, winning the gruelling 24-hour race in 2003 and, more recently, in the ultra-competitive road car-based GT3 series, scoring wins with its Continental GT3.

In its modern era, Bentley has shown that a modern Grand Touring car can be more than a coupe. In the Flying Spur, the phenomenal performance of the GT was made available in an equally sleek four door package, while the Bentayga allowed SUV buyers to enjoy Bentley performance and luxury too.

What all have in common is a combination of effortless speed and dedication to the human touch in crafting the interior. Customers can choose traditional trim, such as Dark Stained Burr Walnut; it is mirror-matched – so there is symmetry in the grain that surrounds driver and passengers – then cured for 72 hours before being sanded and lacquered by hand five times. Similar treatment can be applied to less traditional timbers, sustainably sourced from around the globe. Or they can commission finishes that only modern technology can muster – from incredibly thin laser-cut natural stone veneers to carbon fibre, even a Cotes de Geneve finish on the centre console of the latest Continental GT, inspired by watchmaking techniques.

While appreciating the comfort and luxury afforded by such techniques, occupants demand the latest tech, and Bentley delivers, with everything from optional Head-Up Display for the driver, to an integrated Wi-Fi hotspot that can connect up to eight devices.

It’s no secret that electrification is the future of the automobile, and Bentley is already on that path with the Bentayga Hybrid, and has teased with show cars such as the EXP 12 Speed 6e, an all-electric concept car that features the latest in electric driveline technology and enough range to drive from London to Paris on a single charge.

But the development that W.O. would perhaps approve of most would be the Bentley Network. The industry-first platform connects customers in a members-only, luxury digital ecosystem, with direct messaging, exclusive content and the latest Bentley news.

Members also have, at their fingertips, an ever-expanding range of luxury services and invites to VIP test drives, one-of-a-kind experiences and thrilling motorsport races. It is a nod towards the close-knit Bentley Boys club of yore, updated for the 21st century and beyond.

— BROUGHT TO YOU BY BENTLEY —