Without any warning lights, the one-off BMW is practically invisible when driven at night. 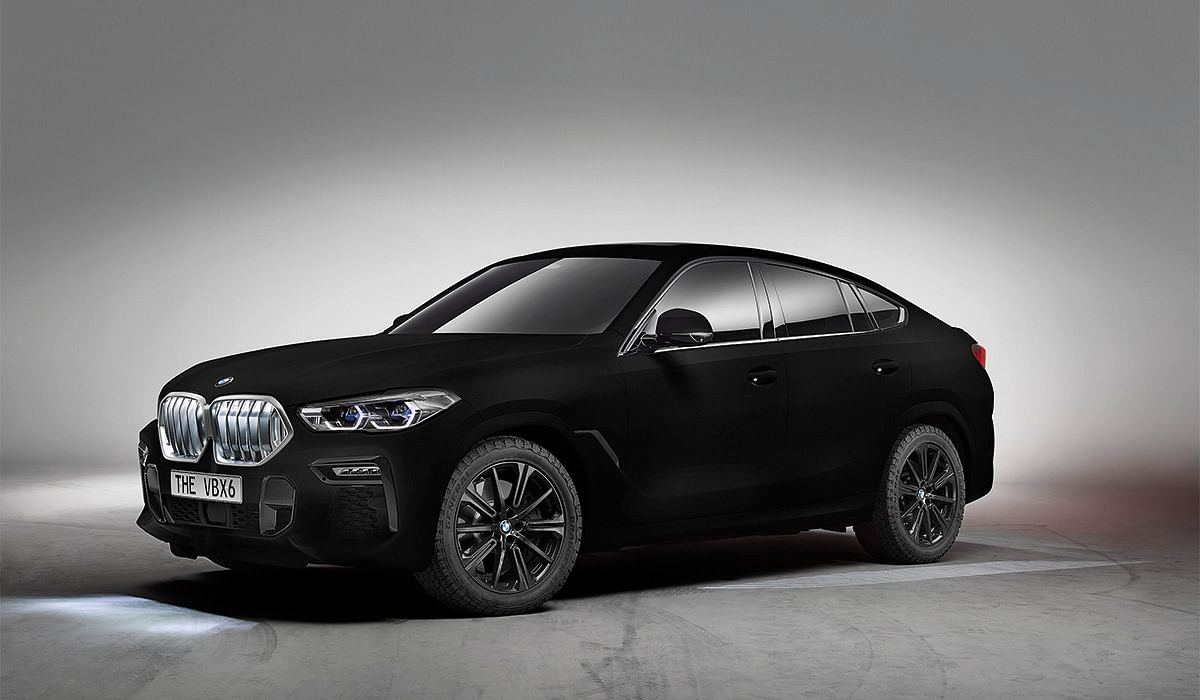 [dropcap size=small]I[/dropcap]t’s poetic irony. Thanks to the folks at BMW, the most ostentatious car right now is the antithesis to flashiness – it’s so dark, it’s practically invisible at night. Even in daylight, it’s a black hole on wheels.

The BMW we’re talking about is the X6 that comes coloured in Vantablack, an aerospace-derived coating that absorbs and dissipates so much light that barely any is reflected back to our eyes. While this material – which is made of carbon nanotubes – has been used by high-end watch brands MCT and H. Moser & Cie to create ever-darker versions of ever-popular black watches, this marks the first time it has been used in motoring.

Bad visibility on the roads or in poorly lit parking lots? BMW’s way of solving that problem is, apparently, to install extra illumination around the front grille, so your SUV can leer at oncoming traffic like a menacing Cheshire cat. Even if these issues don’t deter you, don’t bother calling your dealer anytime soon – on show at the Frankfurt Motor Show last month, the luxury crossover is, unsurprisingly, destined to remain a one-off creation.