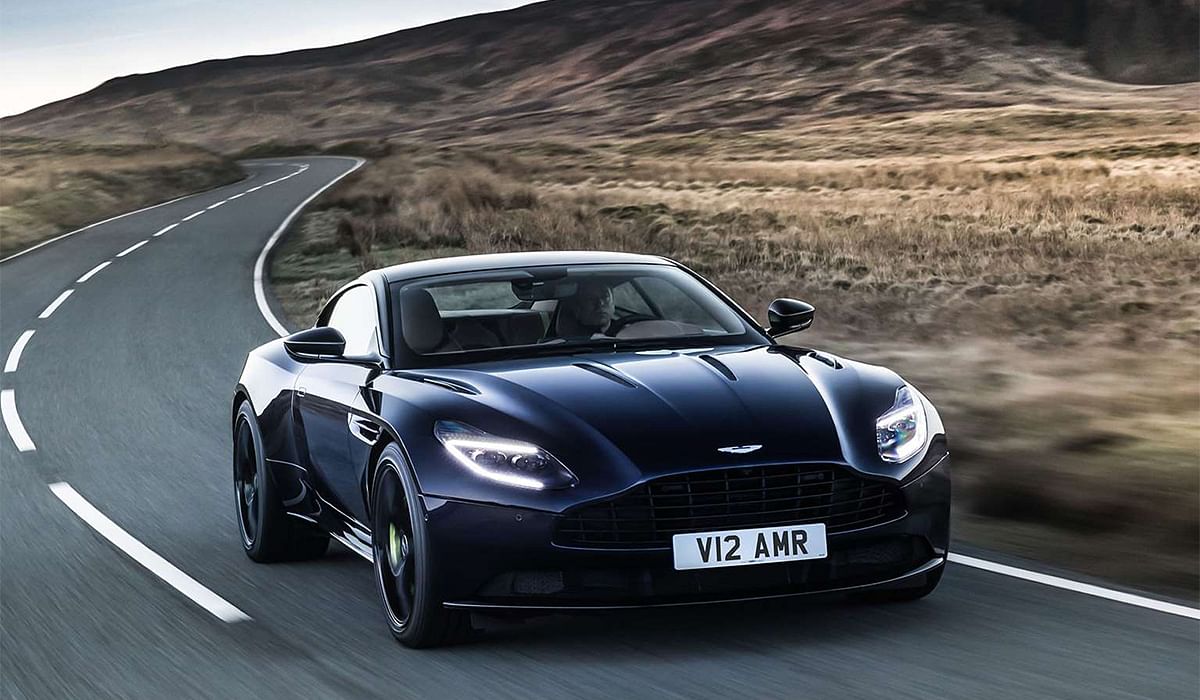 [dropcap size=small]N[/dropcap]o matter how phenomenal a sports car is, its manufacturer always manages to make it better. Automotive engineers are geniuses that way.

So it is the case with Aston Martin’s V12 variant DB11. Aston has tuned up its engine, tweaked its suspension and exhaust and given it an Aston Martin Racing (AMR) label.

The DB11 AMR is thus the pinnacle of the DB11 range. Its 5.2-litre twin-turbocharged V12 sends 630bhp (30bhp more than before) to the rear wheels, but peak torque remains unchanged at 700Nm.

The additional power pushes its top speed to 334kmh, up from 322kmh.

We will just have to take Aston’s word for it, as it is not feasible to verify that on public roads here. But the car’s century sprint of 3.7 seconds – 3.9 seconds previously – can be enjoyed.

The car is blisteringly quick. But it is the way it handles which makes it such a joy to pilot. It waltzes from one corner to the next, with ample muscle to power itself out gracefully each time. Even if you encounter uneven or wet tarmac in mid-corner, its handling does not falter one bit.

The steering is precise and communicative. Around town, the car is cosseting, even if you feel the road a lot more than in the previous V12. Still, the suspension offers excellent body control, even in its stiffest setting.

Inside, the grand tourer looks and feels well-finished. Its sporty steering wheel gets a mix of leather and Alcantara to further enhance grip for moments you feel like driving hard.

Like all DBs, the DB11 AMR is a good-looking car. It sits low and wide, with lime-green brake callipers giving its otherwise dignified British grand tourer demeanour a dash of mischief.

But do you need such a car? Probably not. After all, you could well argue that the DB11 V8 will suffice. Or you could even think how unjustified it would be for a built-up place like Singapore.

And you would be right. Nobody ever needs such a car.

But those with the means will find it hard to resist. Not when the additional performance promises more driving enjoyment and the fanciful nomenclature more boasting rights.

Price: About $1 million with COE (depending on customisation)