Christina Teo on she1K, a by-invitation only corporate angel network for high-ranking women

This tech and telco veteran aims to lift more women into the male-dominated startup and angel investing circles. 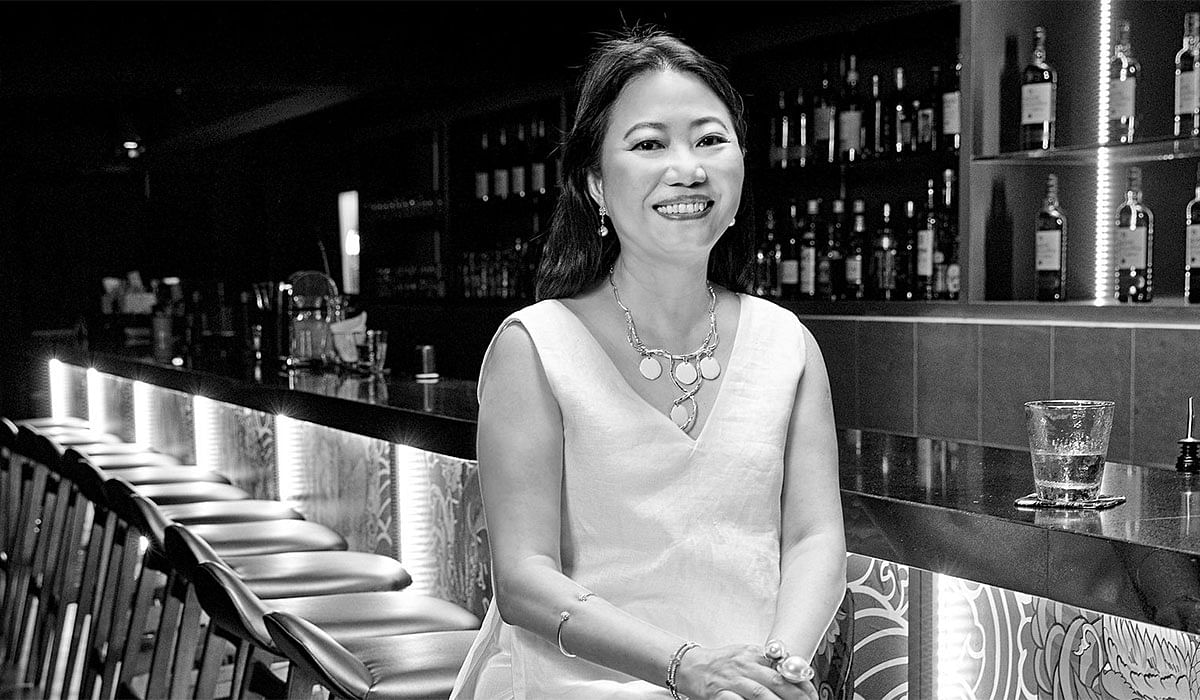 The “1K” stands for the 1,000 C-level corporate women who will make up what Ms Teo claims to be the world’s first corporate angel network for high-ranking women. Membership is by-invitation only and Ms Teo has so far confirmed less than 40 women in the private network.

Ms Teo has held senior roles in Acer, IBM, 3Com and CSL Hong Kong. She was Yahoo! Singapore’s first general manager in 1999 and launched the world’s first Windows-based smartphone O2 built by HTC in 2002. Now in her mid-50s, she has actively taken part in the global start-up scene since 2016, launching other initiatives such as Asia Corporate Women and Startup Asia Women.

She’s convinced that many C-suite women have the knowledge and connections to help seed-stage startups navigate the financial, political and social hurdles to long-term success. But many of such women shy away from it because they know too little about the start-up scene.

Why do you think high-powered women would be attracted to this initiative?

When I started getting involved in the startup sector, I understood how powerful the ecosystem is. In just the past two years, it has matured a lot both locally and globally. But corporate women are not nearly as active as their male counterparts in the startup scene. There are various reasons for that, from the fact that many corporate women wear many hats – wife, mother, and so on – to the fact that many are still unexposed to the startup world. So I’m trying to give them a platform and a network to participate in it via she1K.

What would you say to possible critique that in 2019, this initiative could be seen as sexist?

Men have many networks. They have, what some might call, the “bro code”. Women don’t have the same access. Women need more coaching – even handholding – to participate in the startup world, even if they have a lot to offer from an industry, functional and market access point of view. Recent studies in Europe about women business angels point to the same insights. Women either do not know much about angel investing or startup engagement or don’t have friends they could go to and ask. The presumption is that they would be open to just attending startup events and begin the journey on their own. But I know for a fact it requires more than that, and I believe we need to bring the insight and opportunity to them.

The flip side to the previous question is that there are many reports of the tech world being essentially sexist in favour of men. As a woman who’s spent over two decades in tech, do you think the industry is hostile towards women?

“Hostile” is a strong word. I have always thought of it as a numbers game. If there are fewer women who want to climb to the top, then there are fewer to consider for top positions. When it comes to finance and tech, you can find a lot of great women who are vice-presidents, regional or country functional heads. But when you try to search on LinkedIn for female country managers, managing directors or board members, then the ratio is awfully lopsided. I have met many men who are very respectful towards intelligent and capable women at all levels. I think there are factors such race, appearance, class and nationality that could tip the scale even more than gender… It’s a very complex situation.

Interestingly, she1K is gender-agnostic when it comes to selecting startups to support. It doesn’t matter to you if the startups are men- or women-led, so long as they have a solid business idea. What, in your observation, are the common pitfalls of startups?

Startups in general or women-founded startups?

If there’s a difference, then both…

Let’s start with women founders versus men founders. I have found that it is true that when men talk about their vision and goals, they are a lot more aggressive. They would paint the brightest picture for you to see. When it comes to women founders, whether it’s pitching their visions or telling you where the company might be a couple of years from now, they tend to be more practical. Some would call it conservative. But I call it realistic… So we do have that difference at the outset. But that’s not necessarily a pitfall, just a difference that any investor should take note of. In terms of pitfalls, I think some of the biggest include impracticality or overzealousness, execution that is not solid, failure to pivot quickly when something is not working, a poor go-to-market strategy especially if it is a B2B proposition, and so on.

What do you think you’ve done consistently right to get to where you are?

My key strength is visualisation.I might start off not knowing exactly what I can do or what needs to be done. But I sense that something is there, and I visualise how it might look like, and it’s very vivid. And then I would do whatever it takes to get me there. I’m tenacious.

One interesting fact about you is that when you were 40, you decided it was time to find a husband. So you ditched your job and went to New York in search of one. And you successfully found one. Tell us that story.

I am one of those women who don’t know how to have it all. I’ve always been a workaholic. I’ve loved every job that I’ve done because I was always in a pioneering role in a big company. But when I turned 41, I told myself that if I could be so successful in my career, why can’t I be just as successful in my personal life? I realise it’s hard to do both at the same time, so I have to give up one thing for the other. So that’s what I did. I left my job, went to New York and found new connections. I was attending a party at the Italy-America Chamber of Commerce when a man gatecrashed it with his friends. We danced… and five years later we were married.

How do you relax? Do you exercise or meditate?

I don’t do any of those things…  For me, it’s really visualization, imagining the next milestone I want to reach, and then the next.