With shows cancelled due to Covid-19, Cirque du Soleil’s fight for survival has invited an intense backstage battle to try to save the Canadian cultural icon. 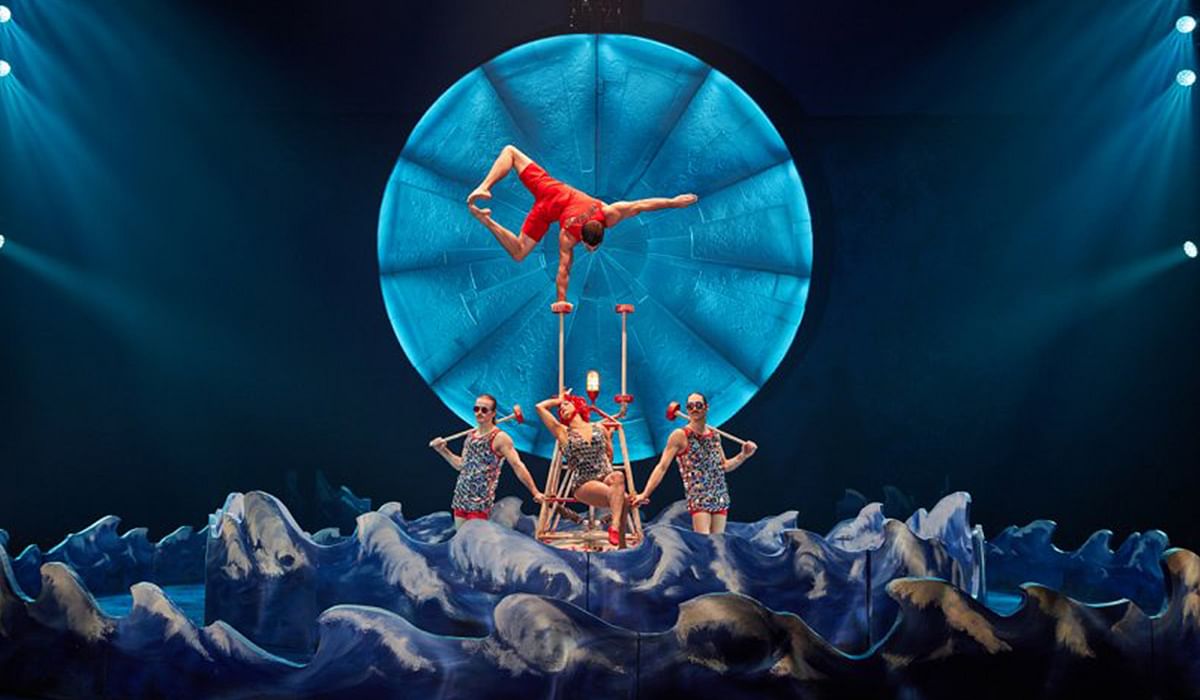 Its shows canceled due to the COVID-19 pandemic, an already heavily indebted Cirque du Soleil’s fight for survival has invited an intense backstage battle to try to save the Canadian cultural icon.

High on a list of potential suitors is former fire eater Guy Laliberte, who founded the acrobatic troupe in 1984 but later sold it.

“Its revival will have to be done at the right price. And not at all costs,” said the 60-year-old, determined not to see his creation sold to private interests.

The billionaire clown said after “careful consideration,” he decided “with a great team” to pursue a bid, but offered no details.

Under his leadership, the Cirque had set up big tops in more than 300 cities around the world, delighting audiences with enchanting contemporary circus acts set to music but without the usual trappings of lions, elephants and bears.

Then the pandemic hit, forcing the company in March to cancel 44 shows worldwide, from Las Vegas to Tel Aviv, Moscow to Melbourne, and lay off 4,679 acrobats and technicians, or 95 percent of its workforce.

Hurtling toward bankruptcy, the global entertainment giant and pride of Canada commissioned a bank in early May to examine its options, including a possible sale.

Meanwhile, shareholders ponied up $50 million in bridge financing for its “short-term liquidity needs.”

(Related: Meet Ron Tan of Cityneon, the man who builds exhibitions for Marvel)

Laliberte, the first clown to rocket to the International Space Station in 2009, ceded control of the Cirque for $1 billion in 2015.

The institutional investor, which manages public pension plans and insurance programs in Quebec, bought Laliberte’s last remaining 10 percent stake in the business in February, just before the pandemic.

Since 2015, the Cirque has embarked on costly acquisitions and renovations of permanent performance halls, while its creative spirit waned, according to critics in the Quebec press.

Meanwhile, it piled on more than US$1 billion in debt.

Fearing that the Cirque would be “sold to foreign interests,” the Quebec government recently offered it a conditional loan of US$200 million to help relaunch its shows as restrictions on large gatherings start to be eased worldwide.

But the agreement in principle is conditional on the Cirque headquarters remaining in Montreal and the province being allowed to buy US and Chinese stakes in the company at an unspecified time in the future, “at market value” and with “probably a local partner,” said Quebec Minister of the Economy Pierre Fitzgibbon.

(Related: Space Adventures joins forces with Space X for its latest foray into the stars)

‘Too important to Quebec’

“The state does not want to operate the circus, but the circus is too important to Quebec (to leave it to foreigners),” he said.

In addition to Laliberte, other prospective buyers include Quebecor, the telecoms and media giant of tycoon Pierre Karl Peladeau, whose opening lowball bid was outright rejected.

“It is essentially the value and reputation of the brand” that has piqued interest in the company, says Michel Magnan, corporate governance chair at Concordia University in Montreal.

But “as long as there are restrictions on gatherings of people, the future is not very rosy” for the Cirque, he said.

Several challenges await, according to Magnan.

“The more time passes, the more this expertise risks evaporating and … these assets become intangible.”

Small consolation: the Cirque resumed its performances on Wednesday in Hangzhou, China, five months after an outbreak in the city some 700 kilometers (435 miles) east of Wuhan, where the virus first appeared at the end of 2019.