Design in Tel Aviv: telling the story of both the past and present

Israeli designers are creating a new language of design in the country’s economic centre. 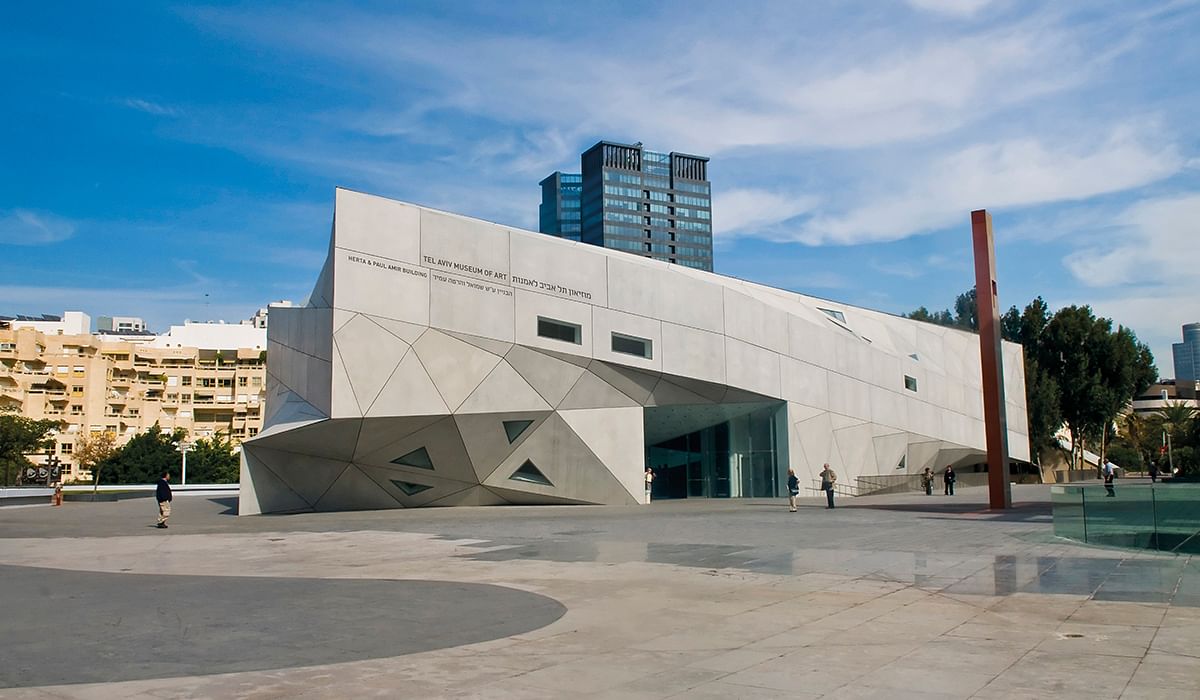 The Vera in Tel Aviv is probably the city’s first hyperlocal hotel – it was built from ground-floor lobby to rooftop terrace by local Israeli designers, suppliers and craftsmen, many of them based within walking distance of the property.

Located in increasingly hip Florentin, the hotel is housed in a former 1950s maternity ward, which later became a bank, before enduring 30 years of neglect. Then hotelier Danny Tamari stepped in. Not only did he see potential in the building, but he was struck by the personality of the Florentin neighbourhood and the ancient port of Jaffa next door.

“Many hotels take you to Paris or try to capture Tel Aviv of the 1920s, but I looked at what is surrounding us here in Florentin and Jaffa now, and I wanted to reflect that in The Vera,” he says.

He brought in local designers Yaron Tal Studio for the interiors, who retained the feel of the original building with its raw floors and unplastered walls, and preserved as many of the authentic details as could be salvaged, including the striking embossed ceiling tiles on the ground floor.

When it came to the furniture, designer Tomer Nachshon combined matte black metal with warm wood, lending an elegant industrial-chic vibe to the guest rooms. Up-and-coming talent Ohad Benit designed the lighting, positioning delicate glass globes on minimalist gold stems and suspended them from ceilings in rooms and shared spaces.

“It was a fun project; we dealt directly with the manufacturers themselves. Unlike most other hotels, we use only one provider. One guy gave us the beds, one guy the desks, depending on the craftsman’s speciality,” says Tamari.

“We even sourced the organic bath products locally, from a boutique company run by a family of Orthodox Jews, and we found 400-thread count Egyptian cotton linens – we had no idea they were made here until we started our research.”

The photographs in the rooms are by local artists, the food served for breakfast is locally sourced, and there is a dispenser with Israeli wines that guests can sample for free.

“We find our guests like experiencing something new and unexpected,” says Tamari.

The Vera exemplifies the aesthetics of local designers.

The uber luxurious The Jaffa occupies a building which was once a Christian monastery and hospital.

The 39-room hotel opened 18 months ago, providing what Tamari calls a “local anthology” of design and helping to give form to the notion of “Tel Avivian design” – a style that so far has evaded a defining shape, unlike, for example, Scandinavian design, which is commonly associated with certain overarching characteristics. Israel’s youth – the country is, after all, only just more than 70 years old – and its multiculturalism, has meant that contemporary design here has not followed a cohesive or uniform guiding principle or style.

“Israel was established from an immigrant society, with people bringing their styles and crafts from all over the world,” says culture and lifestyle consultant Eyal de Leeuw, a former cultural attache to The Netherlands and director of external relations at Israel’s excellent Design Museum Holon. “Although Jewish tradition stretches back thousands of years, the Israeli design tradition is rather new. It mixes up the old narrative with widespread geographical, technological and cultural influences into a new and exciting design language.”

This language includes the clean lines and minimalism of International Style and Bauhaus – architectural styles that are brilliantly archived in the 4,000 buildings that comprise Tel Aviv’s White City. The buildings were constructed by Jewish architects fleeing Nazi persecution in Germany and other European countries from the 1930s. The collection of buildings is a Unesco World Cultural Heritage site and lends an unmistakable visual personality to the city.

The Tel Aviv Museum of Art is another iconic construction, although much more recent. The addition of the amorphous geometrics of the Herta and Paul Amir building (reminiscent of crumpled origami) to the original museum building in 2011 made it an instant beacon of design across the country.

The city also has splendid examples of pre-Bauhaus Brutalist buildings. “I think Tel Aviv design has its own personality, and clean lines and minimalism are very much part of it,” says Tamari.

Respecting Israel’s architectural past, while updating it with contemporary minimalism and cultural eclecticism, is apparent in two other new luxury hotels in Tel Aviv. The Jaffa is partly housed in a 19th-century neo-Gothic and neo-Renaissance building which was originally a Christian monastery and hospital. The 120-room hotel seamlessly blends old and new, balancing sturdy old stone walls with slick modern details, including contemporary artworks by Damien Hirst and velvet-clad Cini Boeri Botolo chairs.

The Setai, also in the ancient neighbourhood of Jaffa, transformed the historic site known as the “Kishle”, originally a Crusader fortress, then a 19th century Ottoman prison, into a 110-room and 10-suite luxury hotel. What were once prison yards are now guest courtyards shaded with citrus trees and white parasols, while guest rooms are pared back and largely white with chocolate brown leather accents and thick red Turkish rugs.

(Related: How design firm Avroko have created some of the buzziest interiors in the region.)

Some designers, however, believe that Tel Avivian design is characterised less by a visual style and more by a state of mind, or attitude.

“Israeli designers are very good at innovative and breakthrough concepts,” says Naama Steinbock of Tel Aviv-based design studio Reddish. “We are considered to be an innovative and technology-oriented country and this way of thinking is accurate for fields of design as well. It has a lot to do with the lack of strong local traditions – it allows you to doubt things more freely than in countries with rooted traditions. For better and for worse, nothing seems to be sacred.”

In their designs, Steinbock and her partner Idan Friedman turn everyday notions on their head: “We really love to work with simple materials in surprising ways.”

Their Brown Batya terracotta teapot, for example, plays with the iconic form of a teapot and combines handle and spout, while their Commonplace project is a collection of silver pins hammered into the shape of dried local wildflower silhouettes, that explore the boundary between the natural world and the artistic production process.

But while Israel’s design scene is young and lively, it also faces its challenges. Industry is limited, and manufacturers are few.

“It can be very frustrating sometimes but we, as a studio, try to do the best within this situation. We are commissioned by private and public clients, both local and international ones, but the country is small, there are hardly any craftsmen to work with, and the main design hubs are far away,” says Friedman.

The restrictions do, however, keep designers on their toes, and have helped to keep Israeli innovation at the forefront: “The small scene builds great relationships with many people; the lack of production facilities keeps you creative, and being a bit remote can also offer some mental freedom,” says Steinbock.

Tel Aviv is crammed with architectural and design gems. The city’s designers select their top picks.

Saga This design store and cafe in Jaffa is “a must”, says culture and lifestyle consultant Eyal de Leeuw, as you can find the work of many local designers here. www.sagatlv.com

Kiryat Hamelacha Visit on Thursday evenings for the exhibition openings in the local galleries and the “very cool atmosphere”, according to Naama Steinbock of Reddish design studio. www.kiryathamelacha.com

Liebling House The place in Tel Aviv to learn about the city’s Bauhaus heritage, according to de Leeuw. www.whitecitycenter.org

Carmel Market Walk through the hustle and bustle of this local market, Tel Aviv’s most authentic Middle Eastern souk, as it will be sure to inspire, says Steinbock. www.touristisrael.com/carmel-market

Design Museum Holon The first and only design museum in Israel, designed by world-famous Ron Arad, showcasing the work of Israeli and international designers. www.dmh.org

Maskit – A local heritage couture brand brought back to life with a modernist touch and timeless elegance. www.maskit.com

Doona – Design for parents and babies, that reinvented the market through innovative products. www.simpleparenting.co