In response to a brief from a leading restaurant in Kyoto, Japan, Oki Sato’s design studio Nendo has come up with a new way of serving one of Asia’s most popular condiments. 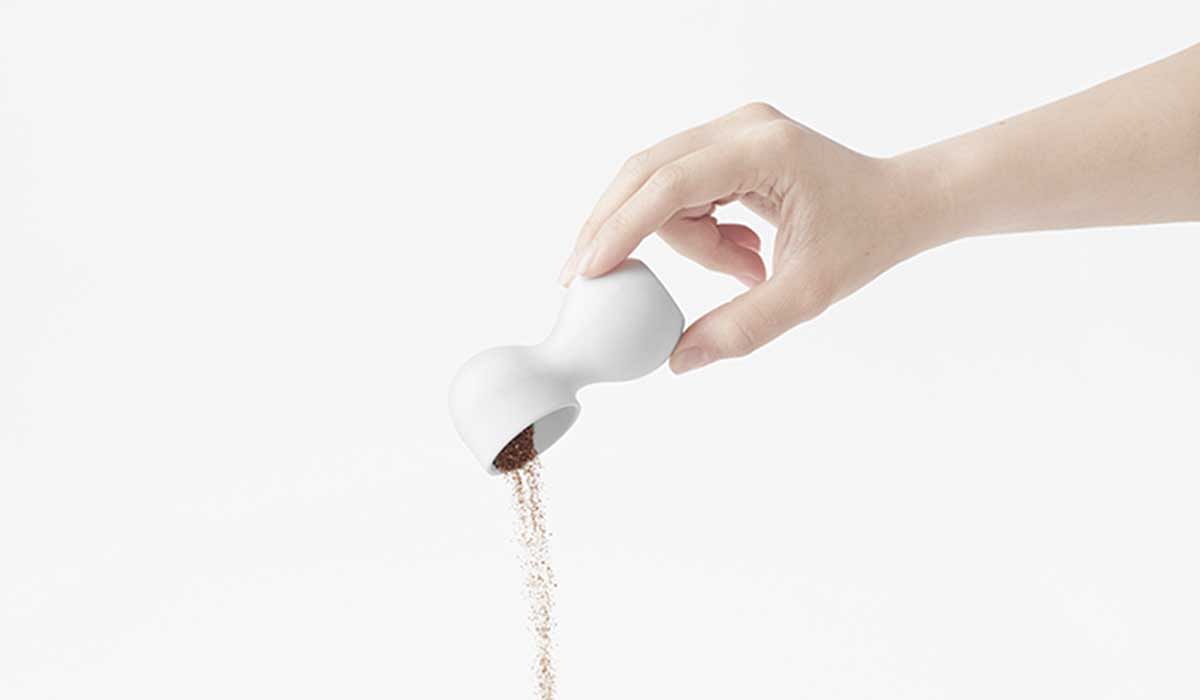 They recently called on cutting-edge design studio Nendo to devise a dispenser to serve soy sauce in a wholly new way.

The restaurant brief was for a container for “kona-shoyu”, a powdered version of soy sauce, which unlike liquid soy sauce, does not dampen the crispy texture of fried dishes.

Having noticed that traditional sauce bottles were not suitable for powdered seasoning, the studio sought inspiration in the utensils used in traditional tea ceremonies and the chōzuya ablution pavillions in Shinto shrines.

The new container has twin rounded compartments, one of which can be opened to allow diners to spread an even layer of soy powder over their plates.

(Related: Designers challenge the common perception of space in these 3 workplaces in Singapore)

Since its inception, Nendo has received commissions from major brands and been recognized by numerous awards. The studio’s founding designer, Oki Sato, was named designer of the year at the January 2016 Maison & Objet design fair in Paris.