Good design can invigorate and inspire. 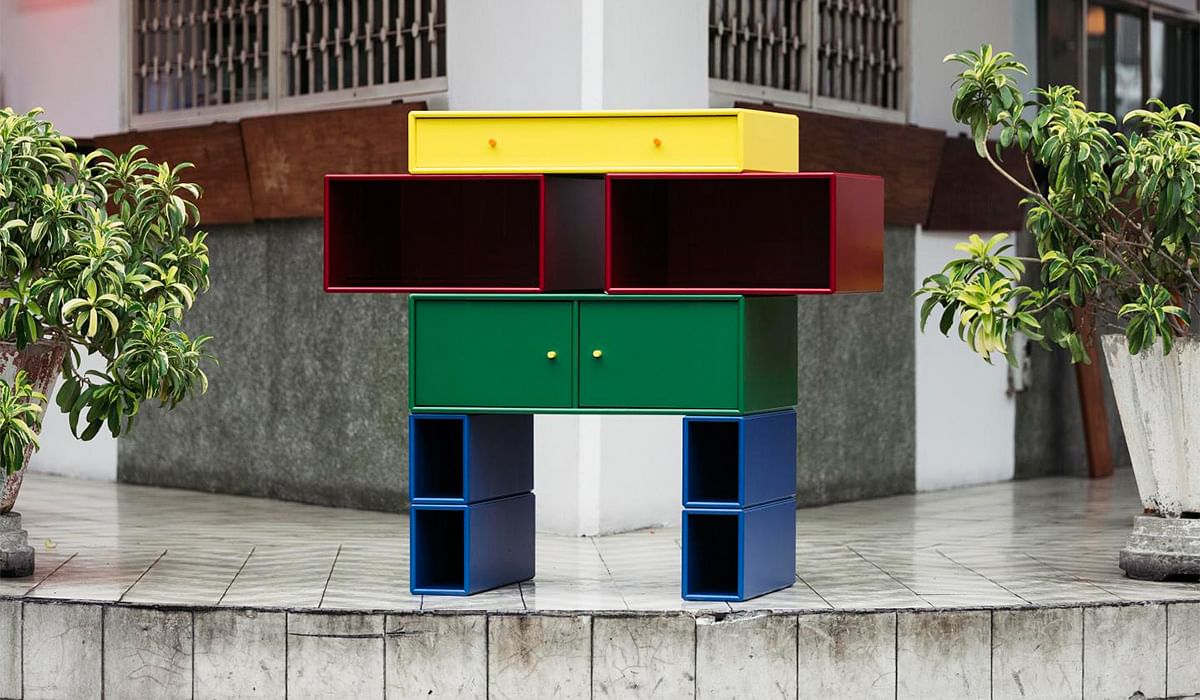 A new generation of furniture freethinkers is helping to challenge the notion that branded appliances are more style than substance, with revolutionary pieces that just, well, make sense.

Dubbed The Transformer, A Solid Plan’s design for Montana – it is exclusively available at P5 in Singapore – is so strikingly simple, it is hard to believe that nobody had thought of creating it until now.

A multifunctional modular system, it works as a nappy changing table, toddler’s toybox, child’s desk, a bar or a vanity table – the idea being that it can be enjoyed over an entire lifetime.

“There is no period of life more intensely changing than the 10 years from infancy to adulthood,” explains Lim Jing Feng, co-founder of A Solid Plan. “So we challenged ourselves to design a piece of furniture that can be repurposed, from infancy to toddler-age, adolescence and adulthood.” With just four modules, The Transformer is deliberately shaped to look like a robot watching over a child, and its bright primary-coloured boxes will appeal to aesthetes of all ages. It is also aligned with our current awareness of longevity and need for sustainability, two words which form the antithesis to flatpack, buy-and-throw habits. For today’s homeowners, that is a huge draw.

Outside of the home, Herman Miller is reshaping how we work with its Kivo and Public work solutions. Consisting of a lightweight steel structure and a series of magnetic tiles, the former enables a workspace to pop up almost immediately, in any shape or size, for almost any purpose. The ingenious design was conceived by young luminary Alexander Lorenz and brought to life by Herman Miller who immediately saw the potential of the ready-to-go office solution. “It’s human nature to seek out your own space. We instinctively look for areas in which to think, to escape and to collaborate and Kivo was designed to help articulate this – that’s where its simplicity shines through. It’s a system that divides areas, provides privacy, and outlines entirely new places to work in. It simply transforms the workplace.”

In a similar way, Herman Miller’s Public Living Office range speaks to our need for greater flexibility when it comes to the workplace, as well as our desire to customise our working environment so that it is more of a reflection of ourselves than of what we do. Endlessly adaptable, it can be grown from a simple desk and chair combination to a full-scale office.

And, while Denmark has been at the forefront of revolutionary design for some time now, even the most jaded won’t fail to be impressed by Danish Design Co’s multifunction dining table (above), with its carefully concealed bar and drop-sided leaves. When folded down, it can discreetly slip into the smallest of spaces – only to reveal itself to be a dining table and drinks cabinet when fully opened. Teamed with the brand’s Playground sofa, which is part sofa, part bed, part chaise longue, it is the antithesis of the well-worn Hygge concept and a breath of fresh air for those looking to optimise their space in 2019.

(RELATED: How Gani Atmadiredja of W Atelier went from selling toilet bowls to becoming a major player in the designer furniture business)

This article was originally published in Home & Decor Singapore.