Revamps from design firms The Ministry of Design, ID21 and Hassell shake up some otherwise normal spaces. 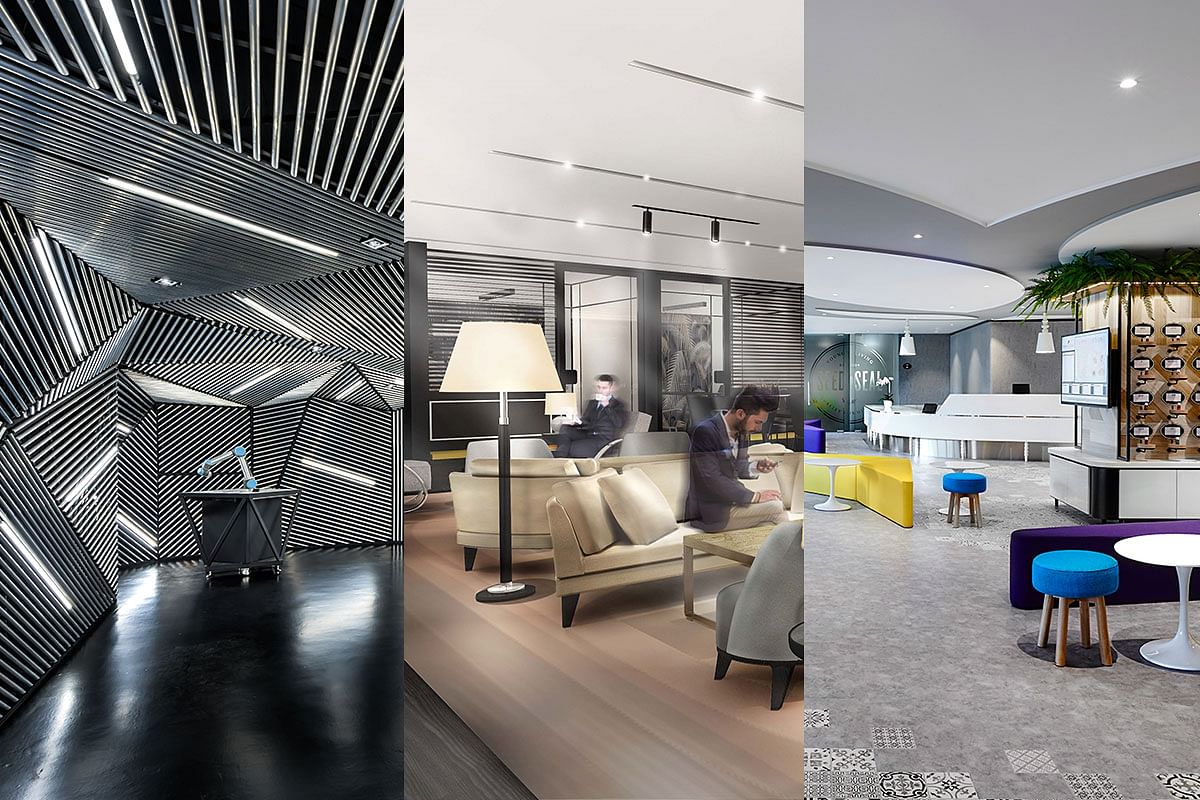 Say robotic lab and images of robots in stark white rooms with bare fluorescent lights come to mind. But not at the Robotics Application Centre for Excellence (RACE), set up to educate companies and the public on robotics and automation.

In fact, the 2,615 sq ft space with its black floor and walls lined with aluminium tubes could easily be mistaken for a club or an avant garde restaurant.

Colin Seah, founder and director of Ministry of Design (MOD) says that he wanted to inject a lifestyle design element into the lab. “How do we take an environment that is usually sterile and turn it into something more futuristic?” he asks.

MOD is better known for its cool hotel designs, such as COO Boutique Hostel at Outram Road and the Macalister Mansion in Penang. “We jumped at this opportunity to design RACE, since it is a new field for us,” says Seah, who had seen robotics labs and knew what he didn’t want.

The space for RACE came with certain criteria, such as the flexibility to showcase a changing series of modular robots as well as a space for hands-on training and lectures.

Seah came up with the solution of creating small alcoves, where the robots can be displayed, and a central space just for lectures.

The robots on display can do everything from serving coffee to picking up and placing items. RACE’s marketing director Daniel Heath explains that they show companies how these robots can help them to be more productive and save on manpower needs.

Seah initially wanted to clad the lab walls in metal sheets, but dropped it as it was too costly, and the structural walls might not be withstand the weight of the sheets.

The solution was to create a second skin for the lab in the form of hollow aluminum tubes – over 6,000 pieces were cut to length and mounted on metal frames on site. “It is a lot of work, and the contractor spent months putting it all together,” says Seah.

The ceilings and walls are constructed from different facets, each with aluminium tubes on them. By rotating the direction of the tubes with every facet, a bold multi-directional effect can be created. The lightweight aluminium screen cladding serves to hide the necessary but unsightly mechanical and electrical services. The random sprinkle of LED strips highlights the multi-directional panels with a cutting-edge aesthetic.

“The space provides a future-forward backdrop to usher in an age of automation and robotics,” says Seah.

“What makes us different is that we employ design thinking,” he says, meaning “we study how workers today make use of their offices and create a space that is both beautiful and functional.” The goal, he adds, is to be “like the Apple of co-working spaces.”

That means, an intuitive space that adapts itself to the user’s needs. So instead of just hiring an interior designer to prettify the 21,000 sq ft space, he worked with Six Ideas, a workplace strategist company to learn how best to design the premises.

“A study done by Six Ideas showed that 85 per cent of meetings comprise groups of four or less,” says Lee. Such meetings tend to be for collaborative discussions, unlike five to 10 years ago when meetings were for broadcasting messages to staff.

With that in mind, interior design firm Hassell created 13 small meeting rooms, and a handful of big ones. Unlike other co-working spaces which charge for the use of meeting rooms, members of The Work Project can use them for free, says Lee.

Last October, he opened the first Work Project in Hong Kong, which has since won several design awards.

Another nugget of information gleaned from a Six Ideas study was that the average worker spends only 45 per cent of his day at his desk. “This means workers today are more mobile,” says Lee. So even though members have their own desks, they are free to work in any of the open spaces too.

The Work Project is broadly divided into three sections: a shared and open space in the centre, where the hot desks are, private offices on one side and shared services such as the reception lounge, and meeting rooms on the other.

“Since The Work Project’s open areas are in the central core, this encourages members to mingle with each other,” says Lee.

Also, taking centrestage in the office is a swanky pantry, where OUE Downtown tenant The Providore will be selling breakfast and lunch items. The famed Omotesando Koffee will also be opening a counter here, at the entrance of The Work Project. It will cater not only to members, but also to the public.

While other co-working spaces have that gentlemen’s club feel or geeky crowd vibe, Mr Lee decided to go with a gender neutral scheme for The Work Project, choosing a black-and-white theme.

“The Work Project is about creating spaces which are beautiful, functional and most importantly where people can get work done,” says Lee.

Buying essential oils at Young Living’s retail showroom used to be a pain. The popular wellness brand had a retail-cum-office space in Bugis Junction, but it was small with no waiting area, and so crowded that customers had to stand around and wait up to two hours before collecting their purchases.

But you might just wish the wait was longer now at its new premises in TripleOne Somerset because it’s gotten a complete makeover. Even before you enter the showroom you’re greeted by an oversized wall of live plants. Inside, it looks like a candy story with the essential oils displayed on individual stands like rows of sweets.

Interior design firm ID21 was tasked with designing the new 7,800 sq ft space. It also made the space more interactive as you’re free to sniff and browse before buying.

A bigger reception counter also means that more orders and collections can be processed quicker and more efficiently. There are a lot more seating options, and instead of having to wait two hours, collection time is only 20 minutes.

The material palette for this showroom is designed around the brand’s Seed to Seal philosophy: wood, cement, greenery, stone and metal.

ID21 managing director Janet Ong says: “Through this project with Young Living, we were able to not just envision the space down to its visual identity of the retail display, but also apply design thinking to reinvent the company’s work process.”