For the CEO of Arcc Spaces, egos and grand creative gestures have no place in creating a space. 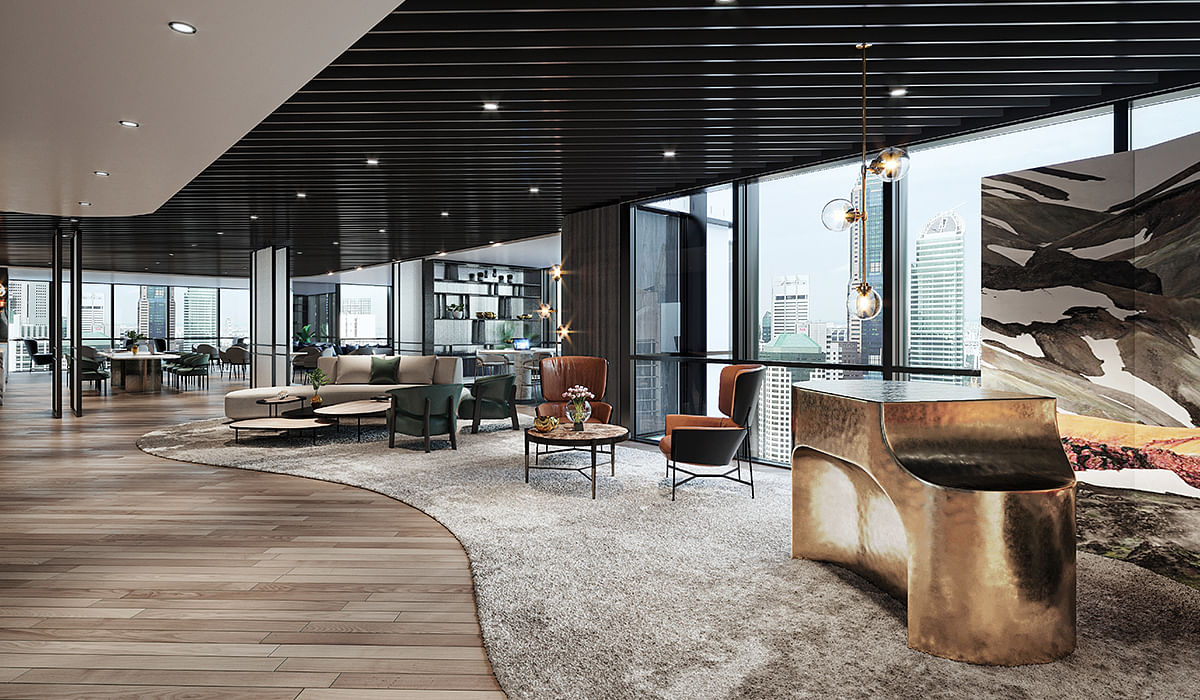 Contemplations on the sacred and the profane. Wrestling enormous form out of space. Meditations on the natural world and urban environment. Such are the esoteric ruminations the world’s greatest architects have tried to convey through their life’s work.

But these musings are not for Justin Chen, the 37-year-old CEO of Arcc Spaces. “Architects always want to showcase their intent or put their stamp on a project. Over time, I’ve come to realise that a lot of these ideas are somewhat disconnected from the reality of people’s experiences,” explains Chen, who graduated from the University of California Berkeley with a Bachelor of Arts in Architecture.

It is the end-user – not the architect’s ego – that sits right at the heart of Chen’s blueprint. When designing Arcc’s 20 upscale flexible office spaces across China and South-east Asia, he ensured that their architectural form was informed by function while materials, as well as spatial design, enhanced functionality. Meeting spaces, for example, were padded with soundproofing fabrics, fitted with adequate electric power points, and deliberately placed away from workstations, making them “out of the line of sight so people wouldn’t feel exposed,” explains Chen.

This dogged attention to usability has much to do with his experience while designing Apple stores in the US back when he was a young architect with MBH Architects. “At that time, Apple was rolling out a new definition of what a retail space should be. A minimal design focused on the product itself – allowing people to come up to the product and experience it on their terms in a non-threatening environment. Everything was placed in the centre and easily accessible.”

Chen was also given the opportunity to design Starbucks cafes, where decisions surrounding the design theme, number of seats and even the food and beverage menu were shaped by data Starbucks had collated. The year was 2005 and the coffee giant had caught onto the power of data way before it became this decade’s buzzword.

“It struck me just how sensitive these brands were to the user experience,” says Chen. And it is this very sensibility that continues to ground his design philosophy today.

Built in 2013, The Co. at 75 High Street is designed and managed by Arcc Spaces and represents the starting point of Chen’s design process.

The arrival area of Arcc’s co-working space at One Marina Boulevard, slated to open in July.

When you walk into Arcc’s latest 19,000 sq ft workspace at One Marina Boulevard, which is slated to open in July, you will find it almost impossible to perceive Arcc’s design DNA. It’s an effect Chen is pleased to have achieved and with good reason.

“We’ve kept our branding minimal as our financial clients want a space that is an extension of their brand,” says Chen, whose clients are given the option to co-design their dedicated office spaces.

With an onsite programming and events team, sleek micro kitchens, and the choice to transform a breakout space into a bar, the company’s latest project also reflects how Chen has managed to transform his family’s traditional real estate business into one that borrows elegantly from the hospitality playbook.

(Related: How visionary architects are merging infrastructure with public spaces)

Come early next year, Chen will launch a 49-room hotel in Kuala Lumpur, Malaysia, marking Arcc’s foray into the competitive realm of hospitality. It’s targeted at the “global citizen who has stayed at luxury retreats or five-star hotels in the past but is looking for something a little more authentic and alternative”. While the nitty gritty plans for the hotel are yet to be finalised, Chen hopes that travellers will linger and unwind within the space instead of merely using the hotel as a transitional space.

As a successful second-generation business owner, who’s not only a voracious reader but also a casual ceramicist and – of late – a sourdough baker, Chen is in some ways the very traveller he is designing the hotel for: conscious of his surroundings. Chen started his meditation practice a few years ago when he was on the brink of burnout and credits it for bringing him back from the edge.

“As an entrepreneur or leader, you have to be physically and mentally fit. You can’t help others until you help yourself. When I meditate, I carve out time for myself to decompress and reflect on the past as well as what’s coming in the future.”