The Fullerton Hotel opens its first outpost in Sydney 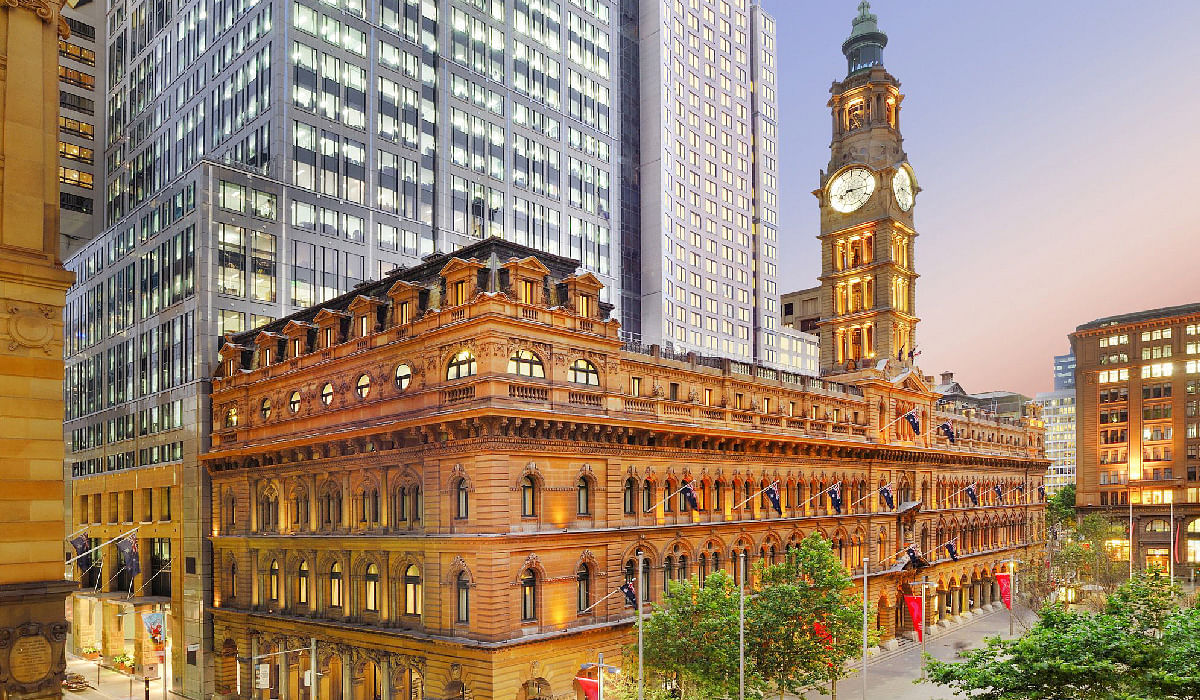 In the 1950s, the iconic clock tower of the Sydney General Post Office served as a meeting point for Sydneysiders.

Now, the 145-year-old building at 1 Martin Place, in the heart of the Australian city’s Central Business District, is home to The Fullerton Hotel Sydney, which opens its doors on Friday (Oct 18). The luxury heritage hotel’s location in the landmark building mirrors that of its sister hotel, The Fullerton Hotel Singapore, which is also housed in a former General Post Office in Marina Bay. It is the first international outpost of the Singapore hotel group, which also owns The Fullerton Bay Hotel.

Cavaliere Giovanni Viterale, general manager of The Fullerton Hotels and Resorts, says much care has been taken to preserve the unique characteristics of the former post office in Sydney.

“It’s important to retain the soul of the building even as we breathe new life into the historic building by introducing different Fullerton touches to revitalise the space,” he says.

Intricate carvings and decor are characteristic of the building.

A grand stairway punctuates the building.

The high ceilings and skylights open up the space, letting in ample sunlight.

A juxtaposition of nostalgic architecture against modern touches makes the space all the more charming.

(Related: Boutique luxury hotels around the world to check out)

As a throwback to its position as an iconic rendezvous point of yesteryear, the hotel plans to host a number of community events, including Christmas light-up celebrations on Nov 28.

A place of history

When it was completed in 1874, the General Post Office was Sydney’s largest and grandest building which defined the city’s streetscape. Made out of Sydney sandstone, which gained a golden glow over time, the building was lavishly decorated with intricate sculptures and carvings. It functioned as the state of New South Wales’ postal service headquarters until 1996 and was home to another hotel, The Westin Sydney, for over two decades. The post office was the city’s most well-known landmark, until the Sydney Harbour Bridge was built in 1932.

The Fullerton Hotel Sydney offers 416 guestrooms and suites across two wings – classically-inspired rooms are in the heritage wing and contemporary rooms in the high-rise section. The crown jewel is the Heritage Long Suite in the heritage wing, which occupies the space of the former postmaster-general’s office. It houses two original non-functioning marble fireplaces as well as the postmaster’s original writing desk from 1874. Prices start from A$380 (S$354) for a tower superior room.

Similar to the Singapore properties, The Fullerton Hotel Sydney will run complimentary heritage tours which highlight the building’s rich history. They will start next month and are open to hotel guests and the public.

The hotel recently concluded the first phase of the facade remediation process, which took 38,000 hours and involved revitalising the building’s facade without chemicals. Special attention was paid to preserve the building’s carvings, which includes a depiction of a postmaster-general, thought to be Francis Wright, delivering a letter to a young barmaid he appears to be flirting with, and an astronomer marking Sydney’s position on a globe. The second phase of the facade remediation, which includes work on the clock tower, will commence in mid-2020.

Dr Charles Pickett, a writer and museum curator in Sydney, tells The Straits Times: “The sandstone building’s unique architecture has been described as the finest example of the Victorian Italian Renaissance style in New South Wales. The building was designed to set a new standard of architecture for Sydney – to show that Sydney could have buildings just as fine as during the Italian Renaissance.”

To remember and celebrate the heritage of the building, the hotel is working with Australian researcher Kimberley Webber to chronicle the history of the former General Post Office through accounts and anecdotes from former employees. The stories, which include travelling via an underground tunnel to a pub and discovering gold bars in the mail, will be compiled in a coffee table book titled Fullerton Stories that will be published next year.