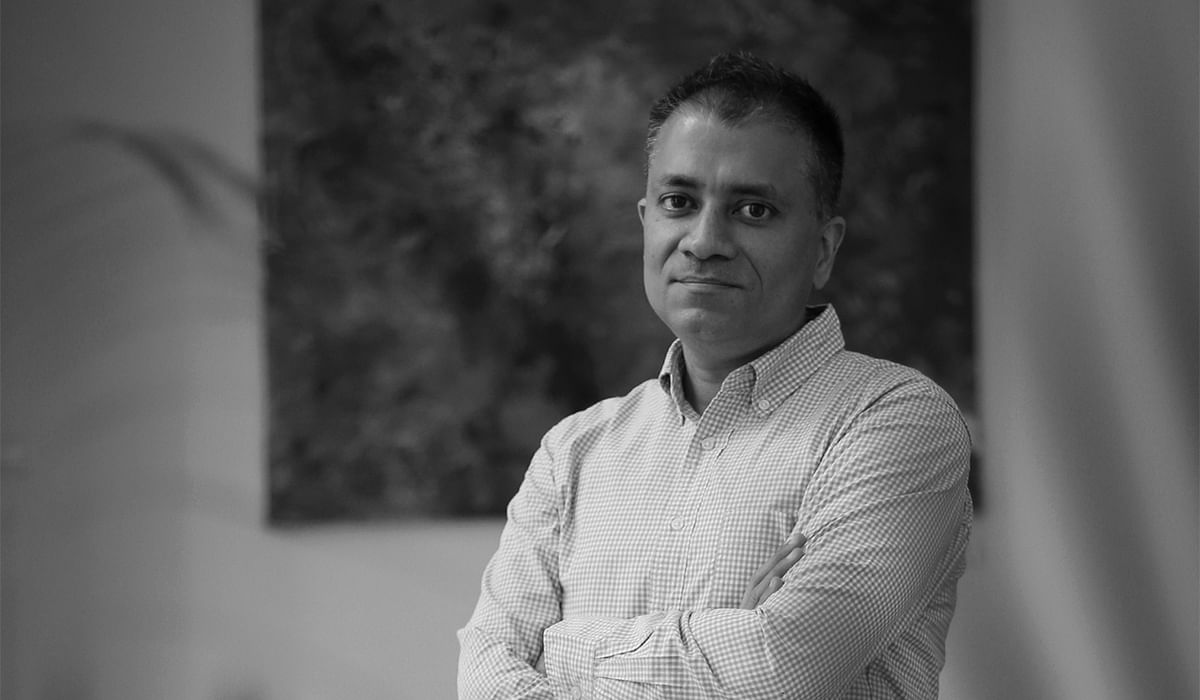 [dropcap size=small]I[/dropcap]t only took a decade – a blink of an eye in the Information Age – but the future has arrived for wearable technology. If you have a habit of misplacing your sunglasses or wallet, need updates on your child’s school bus schedule or want a real-time reading of your blood alcohol level, Pawan Gandhi has just the thing for you. All the notifications and information you require, and plenty more, will be at your fingertips – or your wrist actually, in the shape of a smart analogue watch.

Mr Gandhi, 47, is the founder and CEO of KaHa, a homegrown start-up and one-stop end-to-end provider in the fast-growing smart wearables industry. Thanks to advances in technology, the ubiquity of mobile networks and the relative affordability of smartwatches, KaHa, named for a Maori word meaning ‘stay strong’, has been at the movement’s leading edge since it was founded in 2015, with multiple patents pending. The company’s products, marketed under the Cove brand, have been on the market since late-2016.

According to Forbes, the global market in smart wearables will double by 2022 to more than US$27 billion, with 233 million unit sales. In Singapore, sales for this year are estimated to hit US$15 million, with a wide array of applications available to the wearer.

“Government policies are encouraging Singaporeans to start wearing smart wearables like health trackers and smart watches to manage their overall health and physical activity,” wrote Mr Gandhi in a recent commentary in Singapore Business Review. The Delhi-born entrepreneur first came to Singapore in 2005, when he was employed by Nokia. Prior to that, he worked in business development for satellite radio network WorldSpace. His tech journey to the Internet of Things (IoT) was spurred by a desire to create a wearable device that helps vulnerable women, especially those in developing countries, to feel safer. The panic button on a smart watch, which sends an SOS notification when activated, is able to provide that sense of security. In addition, KaHa has teamed with an agency under tech stat board A*STAR to develop a smart fitness sports shirt with sensors printed onto the fabric to transmit data about the wearer through a mobile app. “I’m interested in the everyday issues,” says Mr Gandhi. “There’s always a need for such products.”

(RELATED: Best smartwatches to own for 2019)

A HORRIFIC AND HIGHLY PUBLICISED ASSAULT CASE IN INDIA IN 2012 WAS A PERSONAL TIPPING POINT, COMPELLING YOU TO FOCUS ON SECURITY IN SMART WEARABLES.

It was an emotional calling for me. This was my path and the primary driver was safety. I was not confident with the way people were dealing with the issue – that incident really shook me and I said enough is enough: what do I need to do to bring about change? I came from an industry which taught me not to wear watches, then I got completely linked to smart analogues. Before we started, I had a firm study conditions for underprivileged women in India, the Philippines and Nepal. I knew I had a product that could help.

WHAT WAS THE FIRST PRODUCT IN YOUR LINE UP?

I wanted to have a tech platform that lends itself to brands. Our first product was a watch that allows the wearer to stay connected. It can send SOS messages in an emergency and we also send users a notification to ask if the tech helped them – we measure responses but we also follow GDPR norms (a regulation that protects privacy).

YOU WORK IN A DISRUPTIVE INDUSTRY WHERE CHANGE IS CONSTANT AND INNOVATION IS THE NORM. IS THE FUTURE BLEAK FOR THE CONVENTIONAL WATCH SECTOR?

This technology did not exist until recently. New systems are hungry for data. The speed at which the industry has evolved and the technology we’ve surrounded our lives with, is just 36 months old. Last year, I listened to Jack Ma (founder of online giant Alibaba) give a speech where he said anything humans can do, machines can do better – everything is now managed by robots. Most of this sensor-based technology – such as shirts where sensors are printed onto the fabric – is not more than three years old. The uniqueness of this is that analogue technology replaces quartz technology in watches – and it has become affordable. If I can buy a smart watch for S$100, why would I buy a non-smart watch? The top 10 watch companies in the world, their non-smart portfolios are going down and their smart portfolios are going up: they’re all going smart.

WAS THERE A EUREKA MOMENT WHEN YOU REALISED TECHNOLOGY WOULD MAKE AN INDELIBLE IMPACT ON OUR LIVES?

In 2001, I was in a store in Mumbai when I saw a crowd of people looking up at the roof of a building. I went out with the store owner to see what was going on: someone was installing the antenna of a cellular tower. The shop owner said, ‘Why would someone want to call someone from the roadside? They can use a landline at home and then leave the house.’ Very few people were convinced, especially those who came from a traditional watch world. But now, my father’s life is all on his Apple phone. The biggest difference with smart wearables versus smartphones is that it is on you: you wear it. First, it is a projection of your personality and second, when it sits on you it is able to pick up a lot of info, vital signs and so on. Today a watch can be your wallet, there’s no need for a credit card or phone.

(RELATED: Why the Fitbit smartwatch is the one to watch)

HOW HAS BEING BASED IN SINGAPORE HELPED?

Cove is the fastest growing platform in terms of smart wearables. I have seen the best of what Singapore can do to help a start-up: the great thing about Singapore is that once you are able to create a value, it gets recognised. Still, we have to be on the cutting edge – A.I., data structuring and so on. We collaborate with the top companies in the world. We already have a strategic deal with Amazon, and we’re looking at one with Google – we’re one of the significant players out of Singapore.

IN WHAT OTHER WAYS WILL SMART WEARABLES CHANGE OUR LIFESTYLES?

The moment you have technology solving a problem, that’s when the industry takes on a life of its own. There are four verticals with smart wearables: sports and fitness, health and wellness, safety for children, women and the elderly, and digital payment. For example, we can create an algorithm to detect a person’s fall – this is useful when aging parents live on their own – a smartwatch can trigger an alarm. The industry is getting super excited about the health sector, and the biggest impact will be the way healthcare is managed by insurance companies – I’m sure it is game-changing. With a long-term watch monitoring your personal health condition, the cost of insurance will not be so expensive. People in the domain get excited about the possibilities of innovation. If you are part of that ride, innovative technology is the most exciting – sensor technology, battery life, software-based sim cards. When you have a place for such ecosystems, it expands the possibilities. Telling someone how much he slept is one thing – telling him how to get quality sleep is even better.

(RELATED: These tech trends are changing the way we live)