A look at the Cullinan, Rolls-Royce’s first luxury SUV

The Cullinan is a fully capable off-roader able to do anything a Range Rover can do. 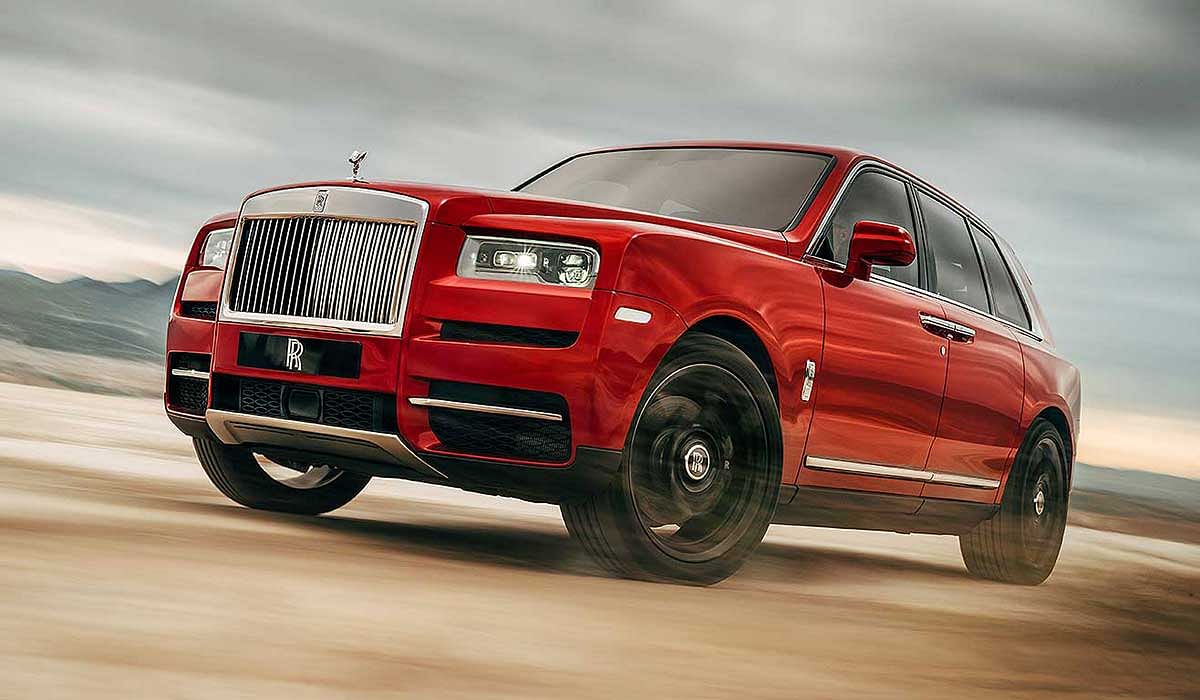 [dropcap size=small]I[/dropcap]t’s now been an almost inconceivable three years since Rolls-Royce announced it was planning to build its first SUV, and in that time the likes of Bentley and Lamborghini have beaten the revered luxury brand by putting their own SUVs into production. But now the world’s ultimate luxury car brand has finally revealed the Cullinan SUV to the waiting world.

Effectively, the Cullinan is a high-riding version of the Rolls-Royce Phantom, which is exactly what the company’s CEO Torsten Muller-Otvos said customers were asking for when plans for building the SUV were announced three years ago.

What might surprise some, though, is the fact that this isn’t just a super-luxury soft-roader that looks the part but isn’t really designed to handle the rough stuff when the tarmac runs out. In fact, at the same time as delivering luxury limousine levels of comfort, refinement and opulence, the Cullinan is a fully capable off-roader able to do anything a Range Rover can do.

(Related: How good is Maserati’s first SUV, the Levante?)

And to say the company’s first-ever attempt at an SUV is going to be on a par with the world’s most renowned luxury off-roader really is some claim. To be fair, the company has carefully leaked a number of impressive YouTube clips where prototypes have been shown tackling rough roads and huge dunes, which is why it has now coined the slogan “effortless, everywhere” to describe the capability of the Cullinan.

The new SUV is 5,341mm long on a 3,295 mm wheelbase, which means it’s 437 mm shorter overall than a Phantom on a wheelbase that’s 249 mm shorter. However, the Cullinan is 142.2 mm wider than the saloon and its roof stands 183 mm taller. Built using the same all-aluminium Architecture of Luxury as the Phantom, the additional hardware to make the Cullinan ready for the wilderness adds just 90.7 kg of weight compared to the car, for an unladen weight of 2,660 kg. The 6.75-litre twin-turbo V12 under the bonnet develops 563 bhp and 850 Nm (627 lb.-ft.) of torque, matching the horsepower of the Phantom but dropping 50 Nm (37 lb.-ft.) of torque.

Full-scale production is set to begin in the second half of this year with the first sales due to commence just this side of Christmas, with the eye-watering starting price of £250,000 (S$454,000).

(Related: Is the Karlmann King the world’s most expensive SUV?)