Why malls and brick-and-mortar stores may beat online shopping

Malls and brick-and-mortar stores still hold the trump card against online shopping, but they need to sustain it. 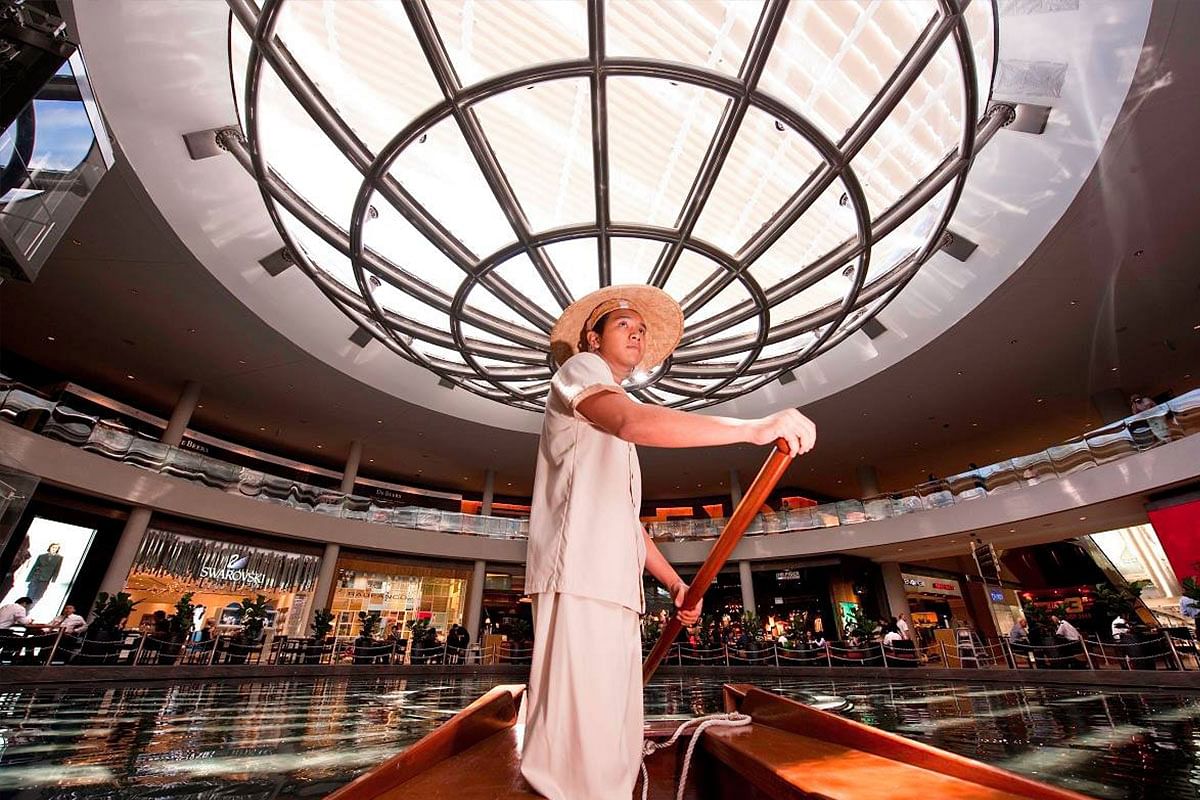 [dropcap size=small]T[/dropcap]he reports of the death of the shopping mall may have been greatly exaggerated. At least in the Singapore context, and particularly in the luxury retail sector. The popular scenario of malls turning into ghost towns while e-commerce sites light up with a constant ka-ching thanks to sleep-deprived shoppers clicking ‘buy’ in their pyjamas, could be an overstatement. The reality is more likely a mix of both, especially as shopping malls react to the trend of online convenience by ramping up the physical buying experience.

If anything, the plague of retail bankruptcies, store closings and liquidations is not because consumers have traded bricks for clicks. The retail demise is a confluence of factors – an over-stored retail landscape and shifting spending habits. These days, consumers are spending less on physical goods and more on experiences such as travel, wellness and self-education (learning a new language or picking up a new hobby). Still, brick-and-mortar stores will always be an integral part of the business, simply because a store purchase is more profitable than an e-commerce order. It’s common knowledge that factors like shipping and handling charges, including costs associated with increased returns, eat into margins.

Technology can’t and will never provide the same attention a good shop assistant or customer service team can. Interaction and engagement are essential for a luxury experience, which is why seasoned shoppers Jacqueline Chee, in her 50s, and entrepreneur Dawn Koh, 29, haven’t quite joined the Net-a-porter or Matchesfashion crowd.

They much prefer returning to their favourite boutiques – mainly because of the relationships they have built up with the shop staff over the years. Chee can be found at The Shoppes at Marina Bay Sands (MBS) no fewer than three times a week. “I feel special as a customer – they (the boutique staff) will share their knowledge and expertise about their product perhaps like a story behind the workmanship of a dress – there’s a bond with these people; an unexpected friendship. It’s something you’ll never experience when you shop online.”

Koh, whose favourite haunts include Prada, Miu Miu, Gucci, Chanel, Fendi and Louis Vuitton, agrees. “Retail may be facing a challenging time due to competition from online shops as well as poor economic sentiment. But at the end of the day, retail is here to stay.”

Being a top tier customer has its privileges too. They get first dibs on certain products even before they’re launched, and like Furqan Sainj, a stylist and avid shopper at Club 21 Men’s at the Four Seasons Hotel, they get to pre-order their selections for the next season.

The interest in bespoke tailoring – and being outfitted by a professional in the store – is also on the rise, notes John Postle, vice president of retail at The Shoppes at MBS. “In the area of luxury retail, it’s an experience that can’t be replicated online.”

Also, as a leading mall, with the largest collection of duplexes and triplexes in Asia in a single location (15 to date), brands see you as profitable partner. That’s why luxury labels like Chloe, Tod’s, Carolina Herrera, Loewe, Brioni and Tom Ford have created exclusive products just for The Shoppes at MBS, which differentiates them from other malls in the region.

Postle names instant gratification as one of the key reasons people still shop at malls or brick and mortar stores. Same-day shipping doesn’t offer the same immediacy as shopping in a retail store and carrying that paper bag with your new things out of the store. It also helps that MBS has one of the best reward schemes, called Destination Dollars, which allows shoppers to redeem their points at any of the shops in the complex.

All this has helped MBS shore up its revenue – a 32 per cent increase (S$229 million) in 2016 over the previous five years in 2011. Its occupancy rate remains strong as well, at 98 per cent in 2016. Meanwhile, giant retailer ION Orchard says it maintained footfall traffic with over 50 million visitors last year.

Says MBS’s Postle of the mall’s success: “The change of the tenancy mix in 2013/2014 has brought about the power of sales as we went back to our original vision of luxury stores. This is why we have expanded our kids’ luxury section to include more high-end designer boutiques such as Dior, Fendi, Ralph Lauren and most recently Gucci Kids. We are the only mall in Singapore with the greatest cluster of luxury stores in one location and our luxury footprint has doubled since opening in 2011.”

Right now, retailers are trying to figure out how to adapt and the ones that have, like ION and The Shoppes at MBS are the ones that will continue to thrive. ION, for example, incorporated technology into its marketing strategy and its mobile app has some 61,000 downloads.

There is also the concept of service experience. Apple is a brand that thrives on this. At its stores, customers can try new products, ask questions of the friendly and knowledgeable sales staff and learn the best way to work their Apple purchases. So it’s not surprising to see Apple stores full in any mall. In fact, it’s worth noting that a top Apple salesperson can move close to S$3 million worth of merchandise per year.

(RELATED: Competitive E-Commerce could mean your shopping is delivered in 30 minutes.)

Brands essentially need to understand the phenomenon of “augmented retail” where a shopper shifts harmoniously between the two realms of online and offline shopping. It may be a digitally focused medium, but augmented reality makes shopping experiences more immersive and could help save brick-and-mortar stores.

What augmented reality technology does is overlay the virtual world onto the real world through a device like a mobile phone or a tablet. Take LVMH-owned Sephora for example: They launched the Sephora Virtual Artist app which allows users to experiment with more than 1,000 cheek colours by way of uploaded photos, augmented reality, and artificial intelligence.

Constant shopper engagement is key. Consumers driven by online shopping already expect a high level of engagement and in years to come, these expectations will only grow, forcing physical retailers to deliver powerful multidimensional experiences to shoppers.

He cites the new Nespresso flagship store as the latest brand to spearhead the store-meets-digital initiative. “The boutique offers personalized customer service with coffee specialists to take your order through mobile technology, without the need to queue at the cashier. Personalised coffee experience is also offered by baristas at the Tasting Bar.”

Burberry is another example of a storied brick-and-mortar brand making a breakthrough in the digital realm when CEO Christopher Bailey introduced the see-now-buy-now medium at their runway shows in Fall 2016. After the show, customers could immediately buy the merchandise online (and in stores) – bypassing the normal six-month lead time between fashion shows and store delivery. The verdict is still out as to whether it will be a success, but many brands including Tom Ford, Tommy Hilfiger and Ralph Lauren have since followed suit.

Suffice to say that retailers need both a store front and an online presence to make the customer experience seamless. Fendi, for instance, launched the Fendirumi – the fur bag charms retailing for US$1,500 each – at its fall/winter presentation last year. They were only made available on the Italian luxury brand’s e-commerce site after the show and it was sold out soon after. Pietro Beccari, CEO of Fendi addresses this strategy by saying, “We are not really [embracing the see-now-buy-now trend] at the moment because craftsmanship needs respect… but we are offering capsule collections that are available for online purchase.”

While no one can predict the future, it’s likely that those who are using technology and data to create tailored shopping experiences and addressing the golden rule of putting their customers needs and wants first are less likely to be hit by this retail conundrum. You can call it “future proofing” but for these physical stores, it’s crucial that they continue developing innovations in retail technology to give themselves strength offline.