The Maserati Ghibli grand tourer is now faster and finer 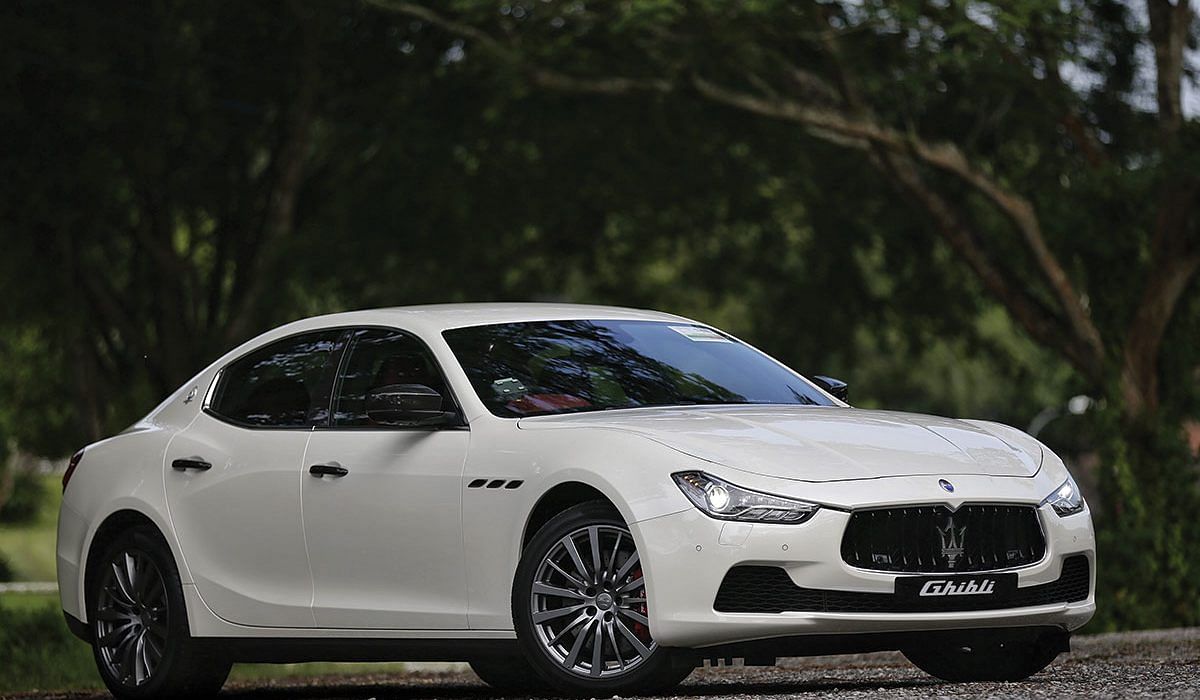 [dropcap size=small]I[/dropcap]t has been nearly two decades since I drove a Maserati Ghibli and I must say this 2017 facelift rekindles my fond memories of it. The Maserati Ghibli grand tourer has grown considerably since then, coming across as big as a Mercedes-Benz E-class, with a wide and low stance befitting a serious luxury-performance sedan.

Despite its size, rear room is nowhere as generous as that in an E-class or a BMW 5-series. The Maserati Ghibli grand tourer’s bulk is well compensated by a 3-litre twin-turbo V6 that puts out 350bhp – 20bhp more than pre-facelift. Peak torque remains unchanged at 500Nm. It is an engine that is tuned for stamina rather than sheer slaughter, with plenty of mid-range grunt and buckets of reserves.

The car clocks a more respectable 5.5-second century sprint and a peak velocity of 267kmh. It is not quite in BMW M5 territory, but as indicated, it is eminently suitable for those who want their day-to-day commutes to be generously layered with sound and fury.

And of course, the Maserati Ghibli grand tourer is imbued with old-school Maserati charm too. Its exhaust note – accessible even at low revs – is loud enough to wake the dead. Its steering wheel is extraordinarily big. Its seats are bigger. At the helm, I am reminded a bit of my 12-year-old self, sneaking a drive in my dad’s big Peugeot while he was napping.

Its larger-than-life persona makes for a grand entrance anywhere. But it also poses a challenge to anyone who mistakes it for a well-oiled German executive cruise missile. While the car’s build quality certainly gives that impression, its street traits are still very Italian.

The Maserati Ghibli grand tourer’s steering is highly responsive, highly communicative, but a tad unforgiving. So you need to get well-acquainted with the car’s enormous chassis to exploit its prowess.

Its wide, low-slung tracks confers it plenty of dynamic adherence. Yet, you are keenly aware of its size, weight and twitchy steering that will be more appreciated on the track than on the road.

If, however, you are tired of the often flawless predictability of Teutonic fare, this Italian stallion will surely awaken your senses.

As a grand tourer, it is better than most. It has a firm but still pliant suspension. Its cabin has a sporty architecture and yet is very cushy. And as said, it has a strong power plant tuned for long-legged sprints across the country. You can rev and rev and there is still more to come from the free-breathing V6.

The facelifted car has a number of new features, including an infotainment system with a high-resolution 8.4-inch touchscreen, redesigned central console with rotary iDrive-like control, air quality sensor and 360-degree camera.

It is a worthwhile package, except for the seats. At my age, my posterior prefers comfort over sportiness. The other parts of me are thankfully still able to appreciate a car that is as brutish and as polished as the Maserati Ghibli grand tourer.