Both women are invested in creating an impact far beyond their spheres of influence. 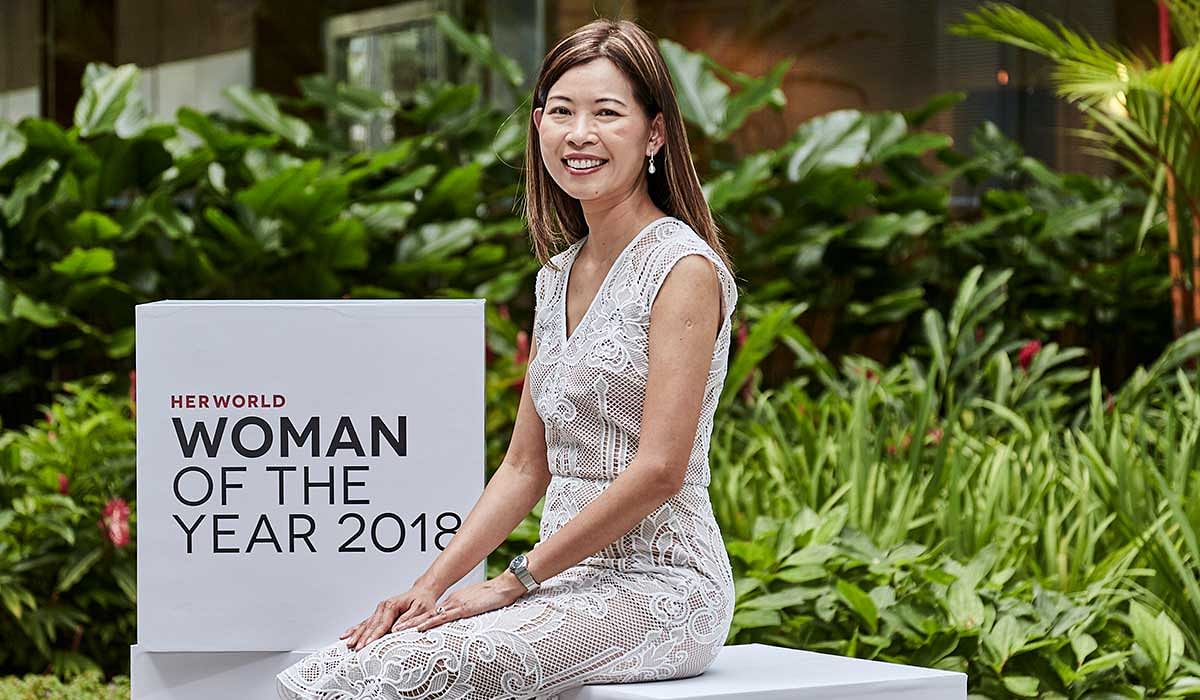 One is a motherly 46 year-old who has most of her career spearheading projects within the social service sector. The other is a spunky 33 year-old industrial designer known internationally for her alternative approach. Ng Ling Ling (pictured above), the previous managing director of Community Chest and now director of community engagement and head of projects in future primary care at Ministry of Health, and Olivia Lee, founder of the eponymous design company, might seem as far apart as sea and sky. However, they are similar in their passion, vision and influence, and they have been named Woman of the Year and Young Woman Achiever respectively at the Her World Woman of the Year 2018 awards held on 24 August.

Ng, who joined the social service sector in 2001 has been instrumental in setting up the Social Service Training Institute for the National Council of Social Service, and also developed a Fund Allocation Team that serves as a central fund administrator to streamline resources for beneficiaries, handle budgets for charities and accountability to funders. During her tenure as managing director of Community Chest (Comchest) from 2013 to June 2018, she played a part in increasing annual average donations from $40 million to $50 million, and the organisation raised $800 million in donations – a new record. Ng is also credited for fostering a culture of care and authenticity within Comchest, and changed the way the team canvassed for donations.

Lee, a Central Saint Martins graduate, was named one of the eight most promising designers at the 2017 Salone del Mobile Milano furniture exhibition – a prominent platform known for kick-starting the careers of many young designers internationally. Her work – a 10-piece ‘smart home system’ called The Athena Collection – wowed design critics with its unconventional approach to solving technological lifestyle problems in a modern era. “Ever since I was little, I yearned to translate my curiosity and diverse interests into a meaningful career. Receiving this award is incredibly validating and will spur me to continue doing good work,” says Lee. “I hope my story inspires other little girls and aspiring creatives everywhere to make their own game and play by their own rules. Hold on to your passions, as obscure and unconventional as they are. Use it to bring value to others. Boldly invent the job you want to do and live by your own definitions of success.”

For Ng, she hopes that her award will encourage “an increasing number of people who are making social service their chosen vocation to continue to press on, persevere and know that their caring efforts do not go unnoticed,” she says. “That my service, to the disadvantaged and people with disabilities through National Council of Social Service and Community Chest in the past 16 years, has been valued, is a testament of a society that recognises the importance of caring for others, inclusion and leaving no one behind.”

Photos of The Athena Collection courtesy of Olivia Lee