Meet the woman who transformed five start-ups into successful businesses

Anna Gong wants to be remembered as “The Kickass Entrepreneur Who Doesn’t Quit”. 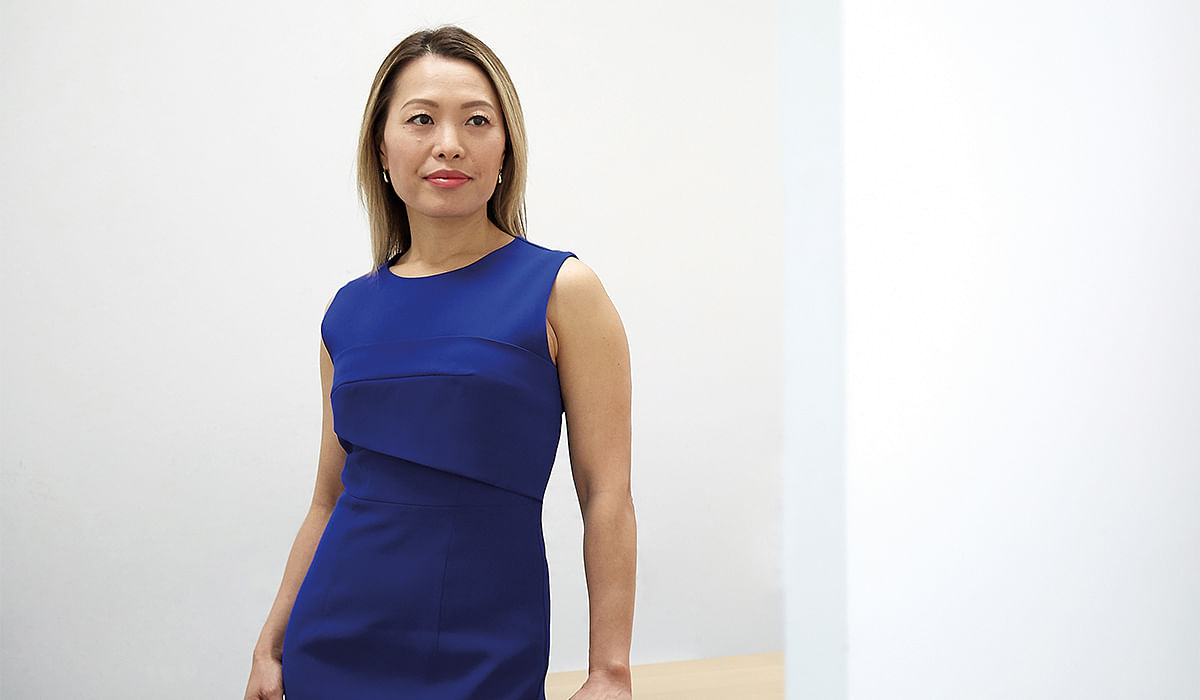 Many would be thrilled to land a stable job at a big-name firm right out of college. But fortunate as Anna Gong was to be implementing large-scale applications for PwC after graduating from UCLA, she realised that coding for 14 hours a day wasn’t exactly her calling. So she did the absurd and joined a three-person start-up and grew it to over 100 employees. That was the first of five start-ups she would go on to transform, earning her the nickname of “Turnaround Girl”. Today she sits at the top of Perx Technologies, a loyalty and customer engagement SaaS platform. Her experience and gumption has earned her the Singapore Women Entrepreneur Award 2017 and she was in Linkedin 2017 CEO Power Profiles.

Anna Gong was hired to save the day in 2014, when Perx’s B2C customer loyalty app was floundering. Within a year, she had doubled the number of registered users from 200,000 to 400,000, racked up five million app impressions, and retained key investors like Eduardo Saverin and Golden Gate Ventures. But it wasn’t enough for her to provide a fix; Gong wanted a long-term strategy. So she pushed for the platform to be available to enterprises and implemented a scalable SaaS (software as a service) subscription model instead. Perx clients now include Ezlink, Sephora, UOB, Prudential and more.

“I had to present to the board my plan to pivot the business into an entirely different space and redevelop the whole platform. This meant shutting down a business with millions already invested in it, letting go of the B2C team and seeing investors cash out, so of course there was pushback,” she says. “But I told them it was either that or liquidate the entire company.”

The risk paid off, and it’s Gong’s unshakeable belief in herself and refusal to take no for an answer that get her suggestions taken seriously. She was the youngest female tech leader at CA Technologies where she was promoted to vice-president of solution sales, virtualisation, service automation and cloud for the Asia-Pacific, but it was a promotion she was denied twice before.

“I refused to accept that I was rejected because I knew I was the best person for the job. After the second rejection I did some reflecting, sought advice from my mentors, came up with a different plan to present to my boss, and third time’s the charm,” she says.

It wasn’t the first time she had to fight for recognition in what is still an industry dominated by men. “I was reporting to an older Japanese executive at one of the start-ups I was at. I walked into his office and asked for a raise, thinking I deserved one,” she said. “He asked why I needed one, as I wasn’t married and didn’t have a mortgage to pay off. I was floored. I eventually went through another VP to help me get that raise.”

(RELATED: Shirley Crystal Chua on making it as a woman in the male-dominated tech world)

For her, grit and resilience are gained through hardship. She believes that everyone has a hang-up that, when surmounted, can bolster them to greatness. In Gong’s case, it was growing up as an immigrant in Florida. “My family moved to the States when I was eight and I didn’t know a word of English – not even ‘yes’ or ‘no’. My sister and I were getting discriminated against, left and right, and getting bullied every day. One time, I was cornered by some white kids and punched in the gut by one of the boys,” she recalls. She didn’t go crying to her parents. “They’ve already sacrificed so much to come to the US. Who was I to complain?”

Ten years in Silicon Valley and another 10 in Singapore have given her a lot to be proud of, but entrepreneurs, she claims, never stay content for long. “We’re antsy. We can’t sit still. We just want to keep disrupting and making a difference. There’s plenty of time to sleep when you’re dead,” she says. In fact, Perx has just finished its Series B round of funding to take it to the Asia-Pacific and, eventually, the world. “The economy isn’t getting better this year but companies that need to transform won’t stop because of it, and our technology will be front and centre with them.”

Management Insights from the Valley

“The older Asian generation was never taught to manage with compassion. But in California, everyone loves one another and hugs it out. I think we should treat everybody as peers and speak with openness and transparency. This way, we can get constructive feedback, deliver some creative ideas and find a better way to solve a problem.”

“Start-ups are hard so I look for people who can solve problems creatively as well as have a sense of urgency. You can’t just sit around because I needed everything yesterday. I also look for fellow risk-takers who aren’t squeamish about speaking up.”

“It pisses me off when we go to all the trouble of hiring a foreigner and they get poached within a month or two by large companies. Those companies are also inflating the market by overpaying these people. But that’s the nature of competitiveness, right? If it’s not dog-eat-dog, then you’re not really fighting for the right talent.”