All you need to know about these millennial trends 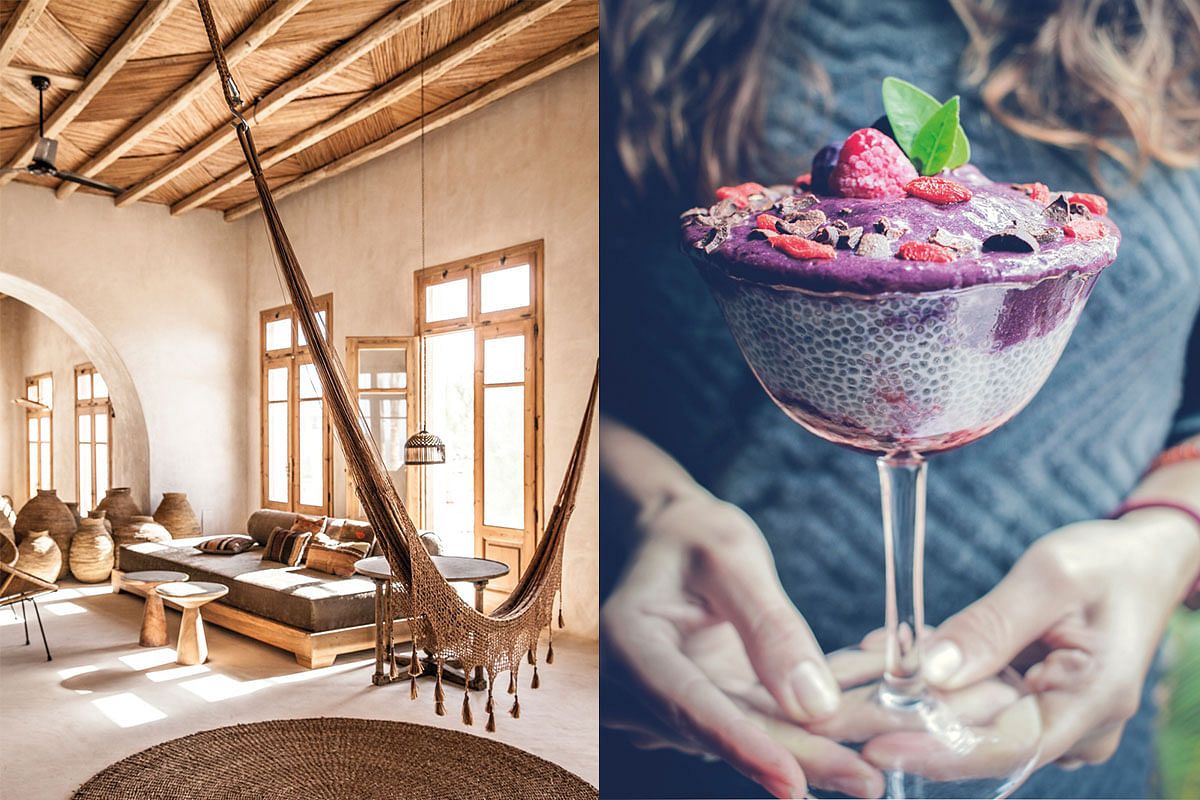 [dropcap size=small]T[/dropcap]he Millennial generation – an umbrella term used to describe anyone born between 1982 to 2004 – is perhaps one of the 21st century’s greatest and longstanding enigmas. Garnering both praise and criticism in equal measure, they’ve been labelled everything from “narcissistic” and “entitled”, to “innovators” and “game changers”.

According to the Pew Research Center, millennials account for 27 per cent of the global population, which translates roughly to around 2 billion people – a fast-growing demographic that has got big brands to sit up and take notice. And rightly so.

Currently between 13 and 35 years of age, those millennials who are on the cusp of adulthood with prime spending power are driving the world’s consumer spending growth. According to a report published by financial services company The Motley Fool, millennials will have more spending power than baby boomers by next year. The report also suggests that the demographic will have a collective spending power of US$1.4 trillion (S$1.8 trillion) by the year 2020.

Wealthy millennials, on the other hand, are taking it up a notch. In June this year, a study by RBC Wealth Management revealed that high-net-worth individuals from this generation with an average of US$5.7 million (S$7.6 million) investable assets each were found to be largely involved in areas such as investment, savings and wealth management.

Unaffected by issues of general affordability, they are able to act on aspirations at the blink of an eye – thus, putting them in the driver’s seat to influence the mindsets and spending habits of their peers. Brands have wasted no time in tapping on their spheres of influence to get the word out on their products and services. Instead of spending millions of dollars on ad campaigns and billboards, they are seeking to convert affluent millennials into poster children for their causes, a much more effective way at reaching a target demographic who thrives on familiarity and authenticity when making purchase decisions.

They are revolutionising the way we work, too. Millennials’ preference for part-time work and being self-employed has paved the way for the rise of the “gig economy”. Professor Paulin Straughan, a sociologist and dean of students at Singapore Management University, attributes this to a tight job market which has made full-time employment not as easy to come by. Adding to this is a cultural shift where millennials are not willing to sacrifice passion for the mundane.

Work-life balance, Straughan adds, has never been more integral. “They have a clearer distinction between work and play based on the experiences of those around them. They’ve seen friends and family having had to clock long hours and the consequences that has on mental and physical health, family and other social relationships,” she says.

Whichever way you look at it, millennials are doing away with the rigmarole of the past. They’re the here-and-now generation – an ever-evolving medley of dreamers, innovators and change-makers constantly pushing boundaries and challenging the status quo.

More than a form of escapism, travel has become somewhat of a rite of passage these days. The value of the journey lies not with the destination, but in creating stories and collecting experiences. For the millennials, glitzy and world-famous destinations have made way for obscure and off-the-beaten-track journeys.

According to a United Nations report published last year, 200,000 million millennial tourists generated more than US$180 billion in annual tourism revenue – an increase of almost 30 per cent since 2007. Unlike generations before them, a ritzy hotel and an all-you-can eat champagne breakfast just doesn’t cut it anymore. Millennials want to sit on plastic stools and tuck into piping hot bowls of pho with traffic bustling away on the side; they want to drink small-batch craft beer from an obscure back-alley brewery in Yangon and get their feet dirty trekking up mountains in Sri Lanka. It’s all about the experience.

Millennials with means are constantly seeking out collective experiences in their “tribes”, usually comprising large groups of friends and/or family. Luxurious and spacious accommodation with both indoor and outdoor facilities that can house a large number of people is all the buzz. This group may not be as receptive to short-term lodging and vacation rental sites like Airbnb or Vaystays, choosing instead to bunk at luxury villas or well-appointed serviced apartments.

Fomo, an acronym for “fear of missing out”, means wealthy millennials are constantly seeking out novel experiences. This could be a trip to Cuba before gentrifi cation sets in, or a visit to North Korea before ties get more strained than they already are. The idea here is to diverge from the norm, to travel to destinations where people wouldn’t normally go. The more exotic and obscure, the better.

Not one to follow a fixed itinerary put together by a tour operator, millennials value the ability to pick and choose their own experiences according to individual interests. They’re big on online research and gathering information from forums, but they also want to hear voices on the ground, so having a local go-to person is key – a fixer or a local student guide of the same generation who might be able to show them a good time around town, without the touristy gimmicks.

A hue that defines a generation.

Millennial Pink, also known as Tumblr Pink or Scandi Pink, is a shade that wouldn’t look out of place in a ’60s French New Wave movie.

The muted hue of pink features an understated beige tint with a slightly faded apricot colour. Part of its appeal lies in the fact that it’s unabashedly androgynous.

According to a survey conducted in 2015, almost 50 per cent of millennials believe that gender runs on a fluid spectrum, paving the way for the acceptance of individuals who fall outside of conventional categories. Millennial pink has become the de facto colour to represent the changing of times and the general acceptance of non-binary identity – melding both masculine and feminine attributes into a single, unified shade.

Arrestingly retro yet modern, it’s no surprise then that it was Pantone’s colour of the year for 2016.

Its origins are a perennial debate, with some citing Wes Anderson’s The Grand Budapest Hotel as the catalyst that launched the tone to fame, while others say it was the Apple iPhone 6S rose gold edition that did the trick.

(RELATED: 3 millennial business leaders in Singapore share what the term means to them.)

“You are what you wear” takes on a new meaning in this day and age, with millennials making it a point to ensure that what they wear is ethically produced and cause-centric.

In an article about millennials’ spending habits published by Quartz magazine earlier this year, sociologist Elizabeth Currid-Halkett termed the demographic as the “aspirational class” – individuals who are constantly seeking out brands that align with their beliefs, morals and way of life.

It is no longer enough to just plaster the words “trade-free” in fine print on the back of T-shirts. Millennials want to know about the craftsmen who helped to weave the shirt, how much they earned from the sale of it and how this has impacted their lives. Conscious consumerism is the name of the game here, as more and more millennials demand greater transparency for their purchases.

With the atrophy of the age-old demarcation of feminine and masculine styles in fashion, androgyny is making a full-on comeback. Nostalgia has a key role to play here, with recurring pop-culture references to androgyny icons – including specific attention paid to the swagger of Prince, phantasmic persona of David Bowie and the power suit-wearing Annie Lennox.

Millennials’ attitude towards sexual identity also has a key role to play here. Time magazine ran a cover story about gender fluidity among millennials in March this year titled Beyond He or She, which revealed that 20 per cent of millennials feel that they are something other than strictly straight and cisgender. This is a 13 percentage point jump, compared to 7 per cent of post-war baby boomers.

They are often referred to as the “gender-fluid generation”, as more and more individuals are challenging gender stereotypes by identifying with newly coined terms such as non-binary (individuals who class themselves as neither exclusively male nor female) and gender fluid (a person whose gender identity is not fixed and remains in flux).

With a greater acceptance of sexual identities and preferences that fall outside of the mainstream, gender-fluid fashion is well and truly making headway in the local and global fashion scene, with brands such as Prada, Gucci and Vetements dishing out gender-fluid wear.

With greater attention directed at the cultivation and origins of food, millennials are taking full control of what goes into their bodies.

Having witnessed the well-documented hazards of fast food, millennials have developed a more social and civic-minded awareness when it comes to buying and consuming food. They’re more concerned about the provenance of their food and what goes on behind the scenes. Buzzwords such as “responsibly-raised meat”, “grain-fed”, “free-range” and “cage-free eggs” make all the difference. Ethically farmed and raised produce stand a higher chance of getting picked off the shelves. The #EatClean diet, focused on nature’s superfoods such as avocados, goji berries and kale, has also risen in popularity, in response to the highly processed food culture of today. Its visual and aesthetic appeal – manifesting itself in colourful vegetable and poke bowls – helps to perpetuate its allure, especially on social media.

From emojis to memes that convey just about every spectrum of human emotion, we demystify some of the most commonly used millennial lingo.

DEFINITION Used to describe either extreme intoxication or something exciting. Also used as a byword for excellence.

HOW TO USE IT “The concert last night was so lit.”

DEFINITION A goal or end result you aspire to achieve together with close friends, loved ones or colleagues.

HOW TO USE IT “Growing old together and having our kids be friends are actual squad goals.”

DEFINITION Typically used to describe an unrivalled sense of fashion, style or persona. It means you’re doing a really great job at something.

HOW TO USE IT “I thought I messed up my job interview but they’ve called me back for the second round. I totally slayed it!”

DEFINITION Abbreviation for family. Usually a term of endearment for close friends or people you consider so dear that they’ve become family.

HOW TO USE IT “Been ages since we had a good dinner. How about dinner tonight, fam?”

DEFINITION When something is so hilarious that simply laughing, or saying “haha”, doesn’t do the situation justice. You’re laughing so uncontrollably hard that you’re figuratively dying from the hilarity of it all.

DEFINITION Keeping something “low-key” means being absolutely discreet about it.

HOW TO USE IT “I’m lowkey sad that tomorrow is the last day of our internship.”

Pronounced “meem”, it’s an image, animation, video or text, typically comedic in nature, that is replicated and spread rapidly via the Internet, usually with slight variations to depict different situations.

WHEN TO USE IT To express a sense of exasperation, frustration and annoyance at something that comes across as obvious to you but not someone else.

WHEN TO USE IT To signify preparation for something difficult or unpleasant. Gained traction in popular culture thanks to television series Game of Thrones.

WHEN TO USE IT A quirky dinosaur image to indicate a sense of enlightenment over an issue.