The Peak Expert: How to stay on top form while giving your body a brutal running workout

Effective running can be a gruelling affair. 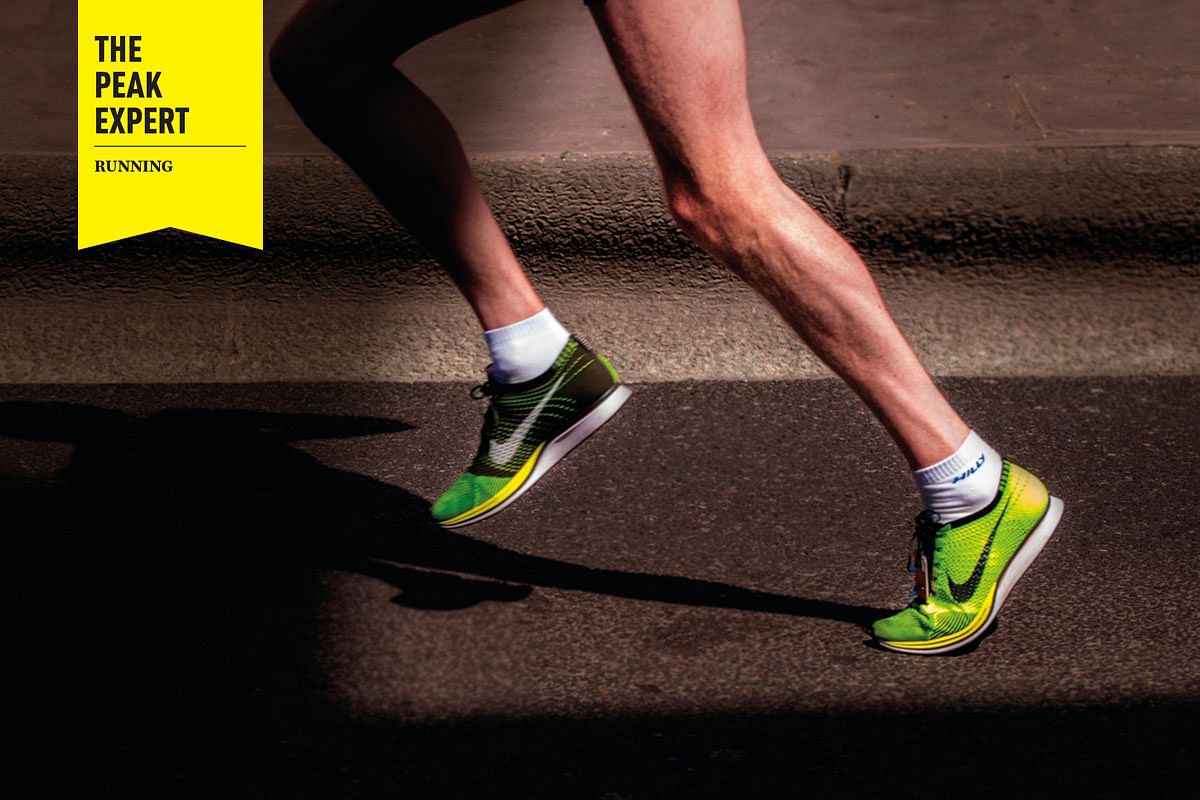 [dropcap size=small]I[/dropcap]t’s all about speed, stamina and endurance. Some say that reaching their goals gives them a sense of euphoria. These aspects of running make it a sport that appeals to the sensibilities of go-getters and, these days, it isn’t just a casual jog around the park. While participating in marathons used to draw a gasp from others, such 42.195km runs have become seemingly “pedestrian”. In the hundred-over running events that were held last year, there were four ultra-marathons – gruelling affairs that sometimes stretch to 50 hours, over rough terrain.

Taking running to such extremes puts extreme stress on the body, and many an “ultra” runner have described their legs as being “beaten to a pulp” after a training session. Getting gear that optimises performance and getting appropriate rest and recuperation thus becomes critical. Yet this is important even for the casual jogger who pounds the cement a few times a week. We highlight the key areas of concern for all runners so that everybody can put their best foot forward.

WHERE IS YOUR PAIN?

A competitive runner since the age of 17 and Singapore’s representative to Ironman 70.3 World Championships 2015, Dr Lim Baoying – senior staff registrar at Changi Sports Medicine Centre and visiting physician at Singapore Sports Institute – identifies four common afflictions experienced by runners, and the causes and the potential remedies.

“The common injuries experienced by runners as listed below are caused by inappropriate training load (too fast, too much), inadequate rest, poor physical conditioning or structural problems like flat feet and short Achilles tendon,” says Dr Lim. “Proper physical conditioning and race planning across the calendar year will allow adequate recovery in between events. This will also build the person up to be a better and more resilient runner.” 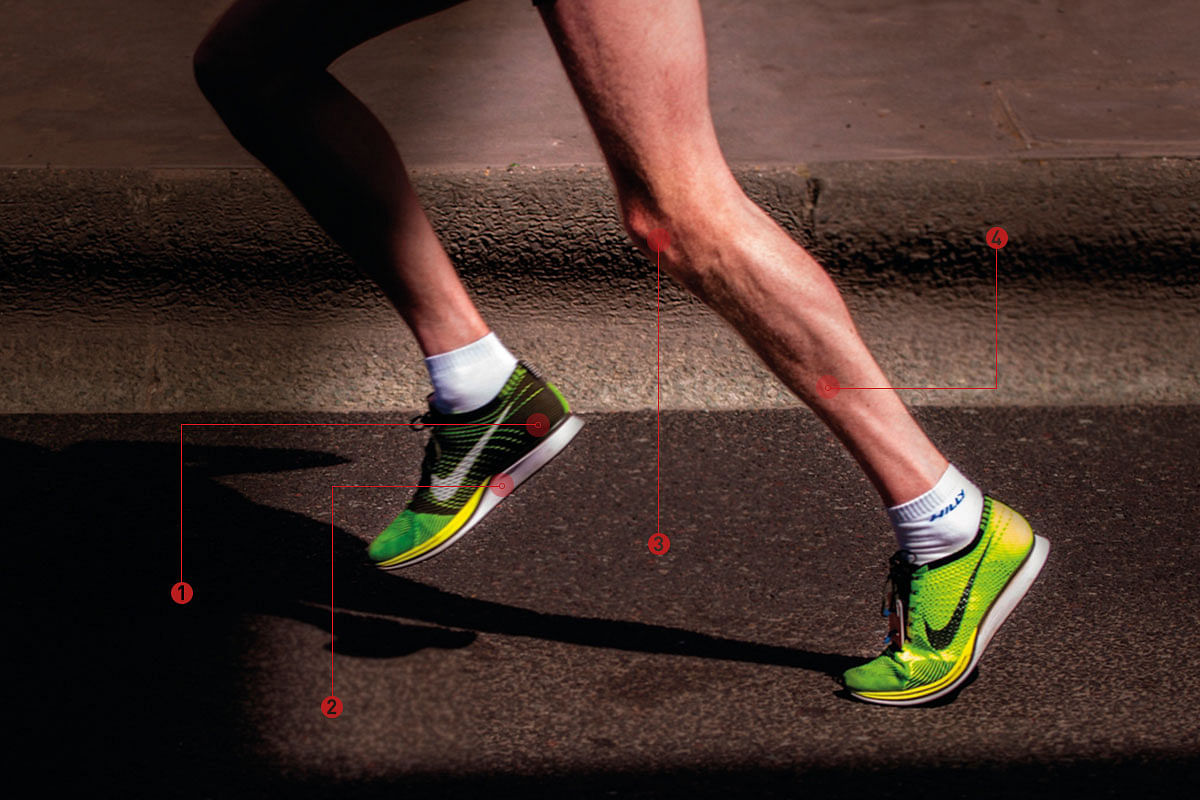 Pain, swelling and palpable crepitations (creaking feeling) in the tendon during muscle contraction and stretch, usually at the start of the exercise and after it. Causes include excessive hill running and ageing.

A sharp pain over the plantar aspect of the heel bone, usually on taking the first step in the morning or at the start of exercise. Causes include inappropriate footwear.

A dull ache felt over the front of the knee, which worsens with constant stair-climbing, squatting or running.

Ranges from a dull ache to a sharp pain over the mid to lower third of the posterio-medial side of the shin. A much more localised pain might indicate a stress fracture of the shin bone.

Optimise your performance with experts who can correct your running posture.

A private practice focusing on physiotherapy, the company also offers various programmes for runners, such as Runner’s Fascial Stretch Therapy, which helps to loosen tight muscles and enhance recovery. Customised clinical exercises aimed at improving different aspects, such as strength, speed, endurance and agility, can also be designed for individuals. www.physioclinic.sg

Runners of all skill levels will benefit from its biomechanical video assessment, which combines specific musculoskeletal screening tests to assess areas such as gait pattern, training load and shoe wear pattern and foot type. The evaluation will be followed by advice on proper running technique, correct footwear and even the right type of exercise programme to optimise your physical condition for running. www.physioactive.sg

American veteran marathoner Danny Dreyer came up with a running technique that incorporates the basic principles of taiji to deliver “effortless, injury-free running”. A three-hour workshop with Chi Running will cover areas such as adopting the right posture to reduce injuries, achieving an effective lean, arm swing, and even breathing technique. www.chirunning.sg

THE SCIENCE OF SHOES

Kelvin Tay, the principal podiatrist of The Sole Clinic and an active sportsman himself, weighs the pros and cons of barefoot/minimalist shoes and cushioned kicks.

The running community has always been divided: proponents of back-to-basics barefoot running who see it as a better and more natural way of exercising; and those in favour of cushioned shoes, based on the belief that the human feet isn’t designed to take the impact and stress of running. 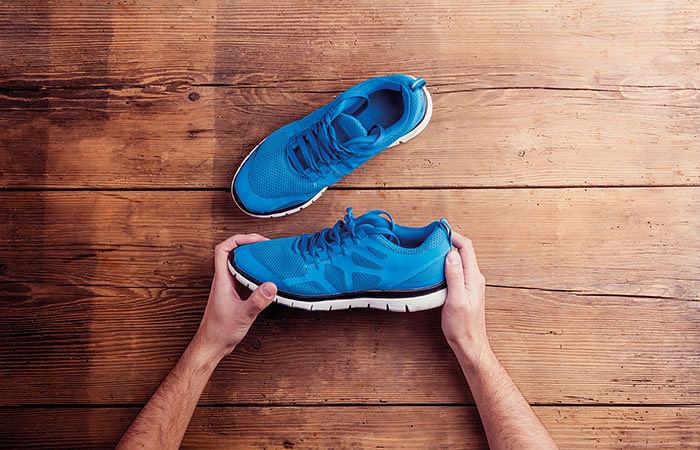 Indeed, each camp has no lack of celebrity and athlete endorsements, and it might be diffi cult to differentiate between science and marketing hype. Says The Sole Clinic’s Kelvin Tay: “Our feet naturally have fatty padding in the heels and forefoot area for cushioning and shock absorption in daily walking. However, during running, the forces and pressures impacting the feet increase by threefold, thus the need for protective footwear.”

He advises runners to take the terrains they regularly run on into consideration when choosing shoes. For example, a cross-country runner who trains at Macritchie Reservoir would require shoes with greater traction, while one who runs on cement pavements might opt for a pair of shoes with a durable outsole.

On minimalist shoes, Tay notes that while there have been many published articles reporting the benefits of barefoot running or using minimalist shoes, there have also been lawsuits successfully filed against footwear companies for making false and unsubstantiated claims about the health benefi ts of using such gear.

“Certain elite runners may find running with minimalist shoes comfortable as they are seasoned athletes with exceptional muscle tone and efficient running posture. For the majority of runners, however, wearing minimalist shoes may not be as beneficial. In my years of clinical practice at The Sole Clinic and formerly at Changi Sports Medicine Centre, I have encountered runners who acquired severe injuries when converting from traditional running shoes to minimalist shoes,” he observes.

When trying out a new style of shoes, be it minimalist or cushioning footwear, always break them in gradually and watch for any symptoms during running.

And, while cushioned footwear may benefit runners with structural or muscular issues, such as an elderly runner with reduced fatty padding in his feet, one must be cautious with wearing excessively cushiony shoes. These shoes tend to use materials that are softer and that may create greater instability for runners with hypermobile or unstable foot joints. The shoes may also wear out quicker than traditional running shoes.

Also, there is an increasing trend in shoe cushioning of using a rocker bottom sole. Such shoes are designed to reduce the effort required for propulsion (toeing off ). These may benefit patients with existing problems in their forefoot or big toe joints that prevent them from having active propulsion. But because of the uneven outsole, it can be difficult to balance when using these shoes and they may cause injuries such as ankle sprains.

When trying out a new style of shoes, be it minimalist or cushioning footwear, always break them in gradually and watch for any symptoms during running. There is no one-size-fits-all shoe design, hence it is important to stop using a shoe if it is causing pain or discomfort. When in doubt, speak to a podiatrist, especially if you have existing symptoms such as pains or aches in your feet.

Technology that helps you take that next step forward.