Have old-school Indian grandmas got it right all this while? 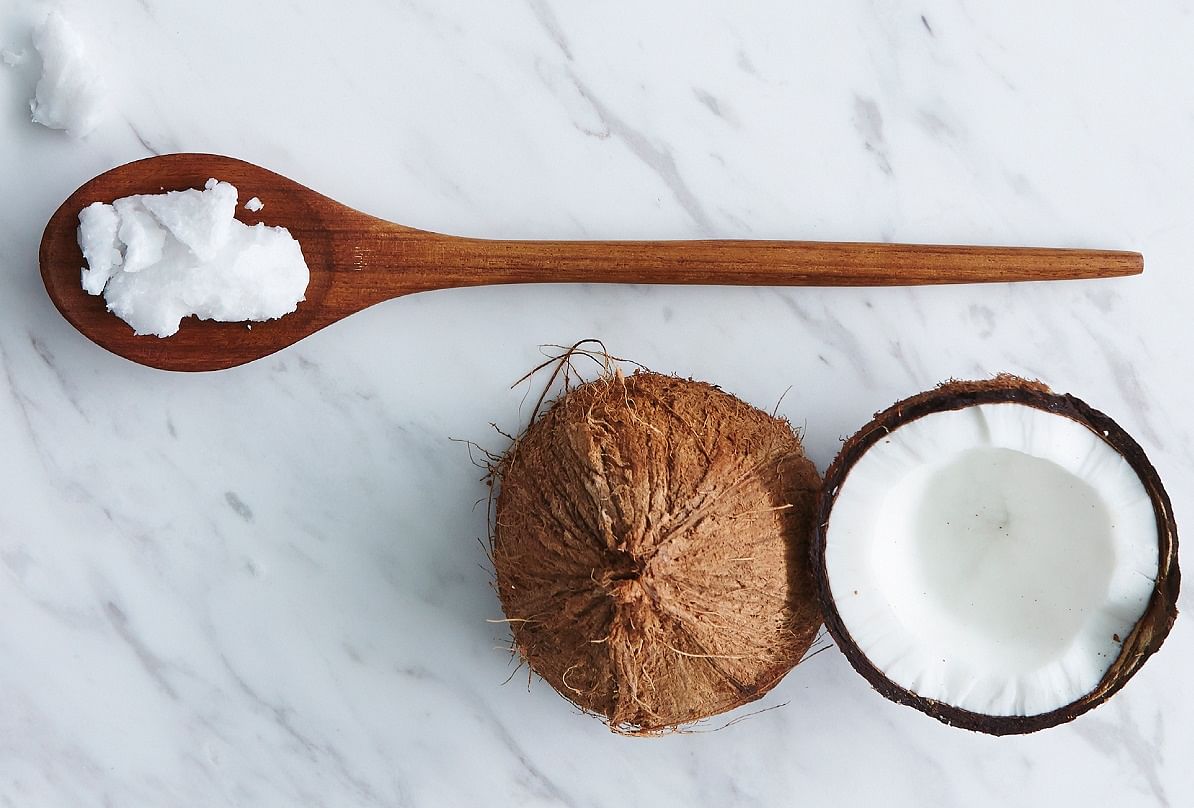 [dropcap size=small]O[/dropcap]nce upon a time – not too long ago, actually – consuming coconut oil, which is super high in saturated fat, was tantamount to passing a death sentence on yourself.

That was then, when an equal sign was drawn between saturated fat and heart diseases, obesity and a whole range of health threats.

Thankfully, we now know that not all fat is made equal, and this once-vilified substance is returning to the scene with the posture of a vindicated hero, complete with a mob of fans trumpeting it as the latest cure-all. It is not just a cooking oil; it has been predominantly used by cultures all around the world traditionally.

These days, a visit to most health websites will reveal that, from HIV and cancer to diaper rash and bad hair days, there seems to be nothing that cannot be fixed by a dose of coconut oil.

According to dietitian and director at Eat Right Nutrition Consultancy Derrick Ong, coconut oil is less likely to go rancid because it has more than 90 per cent saturated fat. That it contains long-chain saturated fatty acids and medium-chain triglycerides mean its effect on blood cholesterol is minimal, if not positive. This is why it is perceived as healthier than other fats.

But just as one would listen with scepticism to an eager job applicant who claims to be a multi-hyphenate, these claims should be taken with a pinch of salt. So, before anyone follows the ways of supermodel Miranda Kerr – who reportedly consumes an overwhelming four tablespoons of the oil every day to maintain her figure – here’s the skinny on coconut oil.

UNREFINED This refers to pure coconut oil that comes from the fresh flesh of the fruit.

RAW This is unrefined coconut oil that has not been put through high temperatures in its mechanical extraction. In terms of taste, it has much more delicate flavours, compared to oils derived through higher temperatures.

VIRGIN/EXTRA VIRGIN This refers to unrefined coconut oil that is derived through heat. Ong says: “Most oils – such as olive oil which is very volatile – are refined for stability. However, coconut oil (being made up of 90 per cent saturated fat) has a stable chemical structure and doesn’t get rancid quickly.” Cook, culinary educator and writer Christopher Tan says that there isn’t a big difference between the virgin and extra-virgin varieties, in terms of viscosity and fragrance. Instead, he points out that proper storage at cool temperatures is crucial to its quality and lifespan. “A few weeks too many on a warm kitchen, warehouse or supermarket shelf could potentially affect an oil’s character and aroma.”

REFINED/RBD Refined, Bleached and Deodorised (RBD) coconut oil goes through several treatments to give it a neutral taste and prolong its shelf life.These processes are largely natural. Bleaching refers to filtering through a naturally formed mineral rock called diatomaceous earth, while steam is used to deodorise the oil. Products labelled simply as “coconut oil” usually refer to RBD oil.

Its status as a superfood may not be sealed, but coconut oil certainly is versatile. Here are some nifty uses of the oil besides ingesting it.