Luxury Homes: What does a Singapore architect’s home look like? 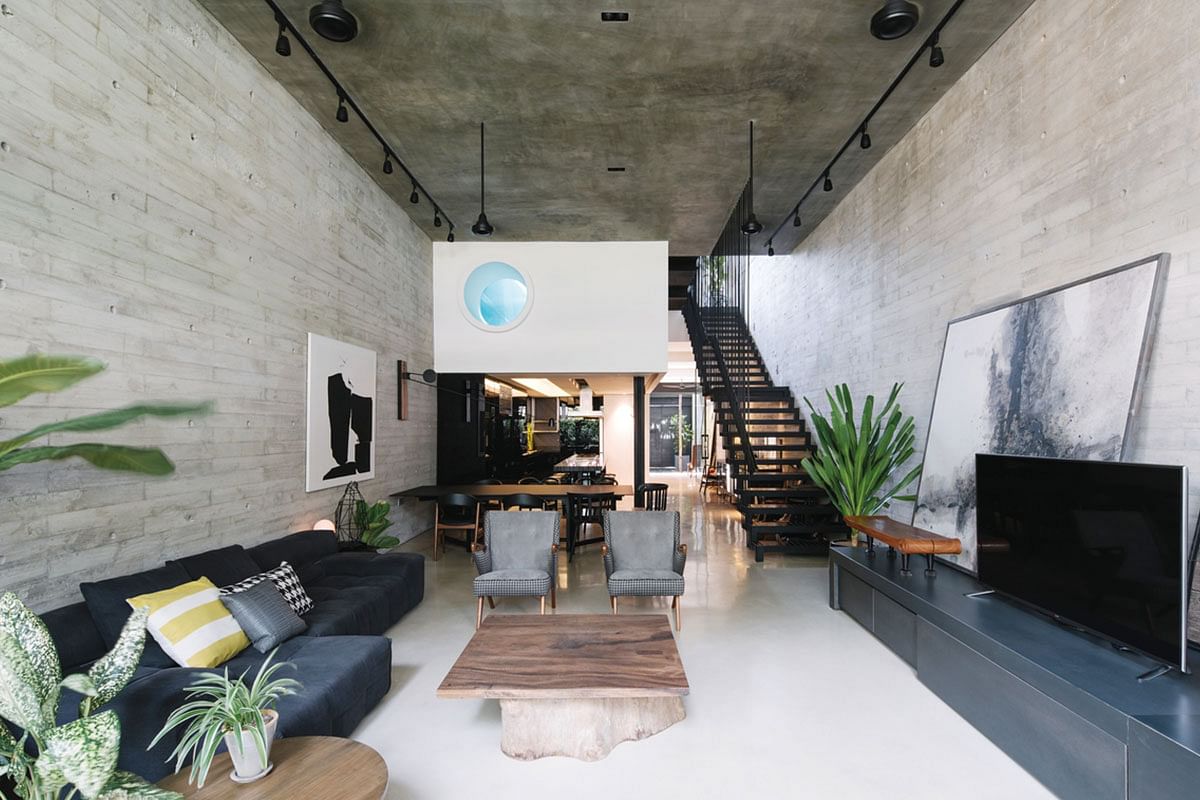 [dropcap size=small]L[/dropcap]ocated off the main road in suburban Siglap, this four-storey inter-terrace house doesn’t give away much at first glance. Through its perforated black ash wood and steel facade, you catch glimpses of foliage, hinting at the surprises within.

Named Open House, it is the home of architect Gwen Tan and her three-generation household. Singled out for its innovative use of space within a narrow site, the building scooped top accolades at the 2016 Singapore Institute of Architects (SIA) Architectural Design Awards, including Building Of The Year and a Design Award in the Residential Project category.

Such an honour took the 42-year-old Tan, the home’s architect, by surprise. “In 2015, Building of the Year went to the Victoria Theatre and Victoria Concert Hall, which was a monumental institutional project. With a built area of just 446 sqm, ours was just a humble house and a very personal project,” says Tan, who is also a partner at Formwerkz Architects.

“We chose not to maximise the floor area in order to create a void area for the pool.”

– Gwen Tan, on her family home

When asked to reflect on her win over projects of a much grander scale, Tan attributes it to Open House’s “surprise element”. “Most people think you need a lot of land to house a pool and greenery within a home. However, we were able to create so much within a very limited, narrow plot of land, so that it felt like we had more space than we really did.”

Despite the limited land size, there was good reason why Tan and her husband were attracted to the site. “What drew us was a beautiful green belt sitting behind the land. It made us feel like we were sitting on the fringe of the Bukit Timah Reserve.”

Once inside, you’ll understand why Open House lives up to its name. All bedrooms on the second to fourth floors open up to views of the lush foliage behind. Towards the front of the house, a 10m-tall Pink Mempat tree installed in the internal courtyard accents the space with more green touches. From the building’s entrance, the space segues into the kitchen, before opening into the living and dining areas, which boast generous 5m-high ceilings.

But the building’s most impressive feature is the second-level atrium, where a 13m-long indoor lap pool is matched by a lofty three-storey volume behind the building’s facade. “Nobody builds a three- storey volume next to an indoor pool,” says Tan. “But I wanted to create a space where, if you’re sitting by the pool, it’s easy to forget that you are indoors.”

Acting as a visual connector, the atrium pool facilitates communication between people in the house. “My family members can step out of their rooms to views of the pool. If someone is spending time there, anybody can talk to him or her from any level,” says Tan.

She admits that fulfilling her family’s desire to have a pool while creating sufficient living spaces has been a delicate balancing act. “We chose not to maximise the floor area in order to create a void area for the pool,” shares Tan. “We couldn’t scale too much on the room numbers and sizes.”

As with everything in Open House, there is a harmonious sense of flow between the myriad spaces. The trick to creating this seamless experience, says Tan, is design restraint.

Featuring a neutral, earth-toned colour palette, the house was built predominantly with four key materials: epoxy terrazzo, solid ash wood, large-format Italian tiles, and pinewood off-form concrete. “These days, there are many material choices, but we used the same materials throughout the house,” says Tan. “It makes the flow of space less distracting. You enjoy the environment because the materials merge seamlessly.”

(RELATED: Why eye-catching bungalow in Siglap is stopping passersby in their tracks.)