Proceeds from the sale of the Papal Lamborghini will go to four charities selected by the Pope. 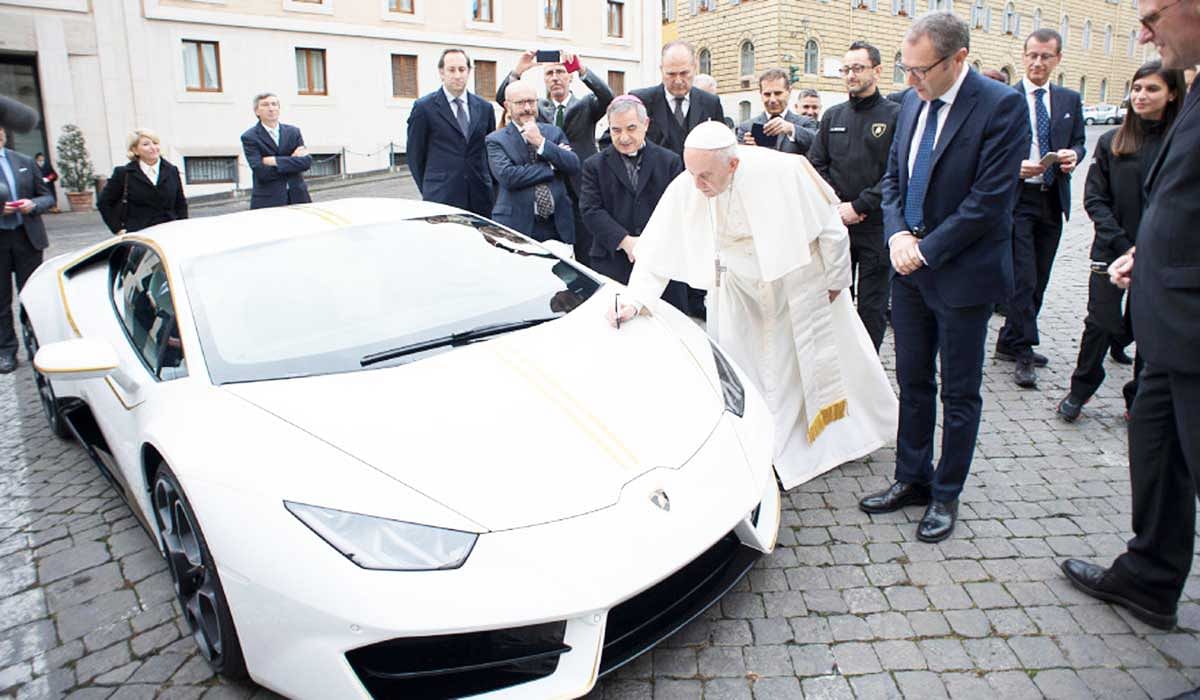 Only last week it was being reported a Mercedes-Benz S-Class Maybach previously owned by Formula One World Champion Lewis Hamilton was up for sale, but now a Lamborghini Huracan owned by someone even more famous has been auctioned off. The owner of the car was none other than his holiness Pope Francis, although, it has to be pointed out the proceeds are destined for charitable causes and not for bolstering the papal bank account.

The rear-wheel drive Huracan was given to the Pope by Lamborghini last November, and it was appropriately and tastefully customised in the familiar white and gold colours of Vatican City. The Lambo finally rolled across the RM Sotheby’s auction block in Monaco at the weekend, where after what the auction house described as a “frantic bidding war” between a “large number of bidders,” the hammer eventually came down at a price of €715,000 (S$1,293,000) at current exchange rates.

(Related: What type of classic cars are the best for investing in?)

Even by the standards of celebrity charity auctions that’s a lot of money, especially considering a brand new Huracan can currently be had for around a fifth of that amount. Even so, that sum didn’t even get the swanky ‘Pope Mobile’ into the top-ten most expensive sales of the weekend’s auction held at the Grimaldi Forum in Monte Carlo.

If anyone dared to doubt the provenance of the Huracan, the car was extensively photographed at a special presentation ceremony at the Vatican when the Pontiff took possession, and he even marked the event, literally, by signing the hood of the car.

Proceeds from the sale of the Papal Lamborghini will go to four charities selected by the Pope, all of which place a special focus on helping women and children. Somewhere around 70 percent of the proceeds from the sale are set to be used for rebuilding housing and public structures in Nineveh Plain, Iraq, where ISIS fighting has led to massive destruction.