A mere 500 will be available worldwide. 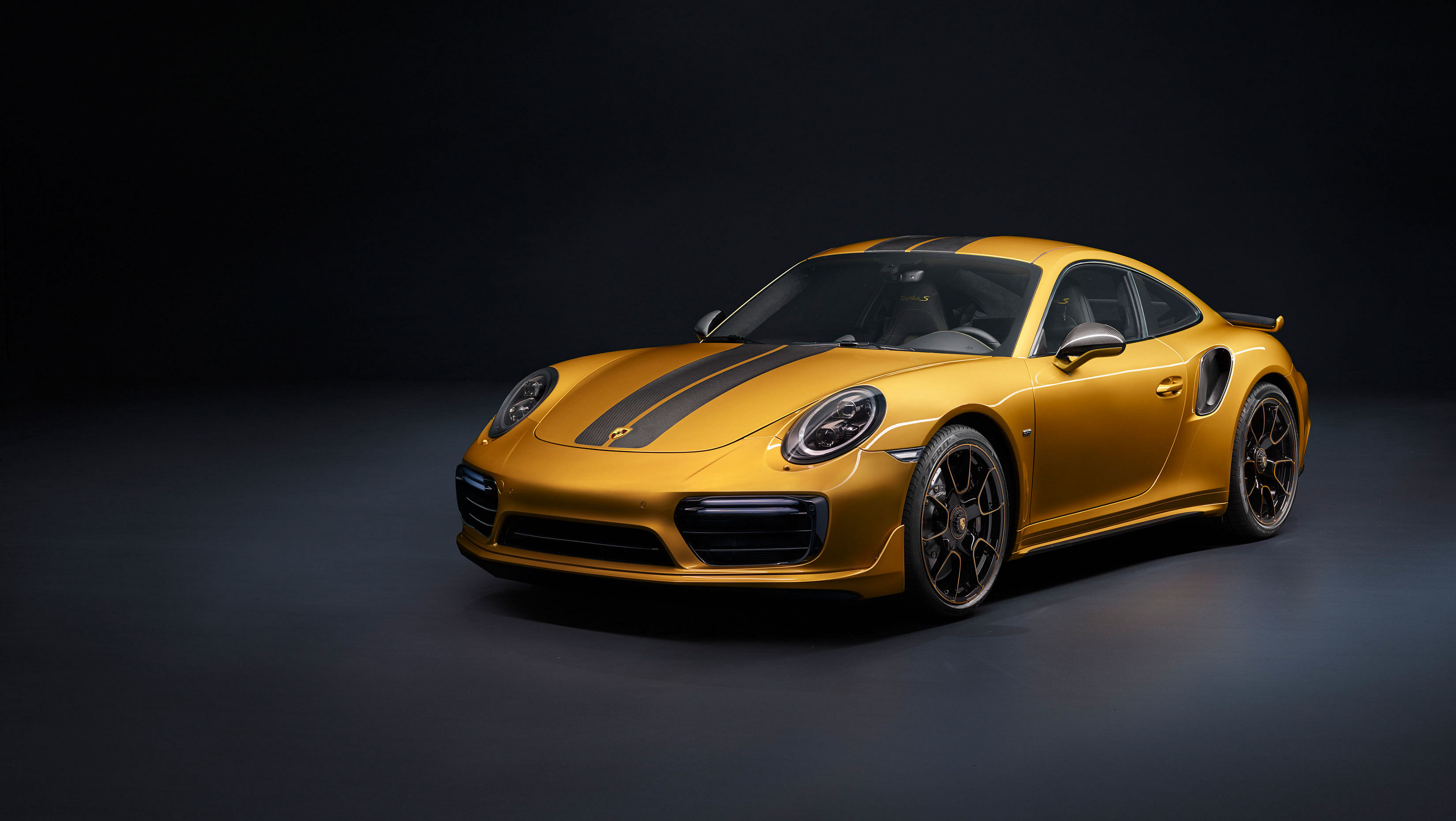 [dropcap size=small]I[/dropcap]f you thought the 911 Turbo S was the end of the line, you thought wrong. The German automakers have found a way to wring 27 horsepower from the already blistering Turbo S platform, and are presenting the distillate in the form of the 911 Turbo S Exclusive series. In keeping to that name, only 500 such units will be made worldwide.

The boost brings the horsepower count to 607, allowing it to hit the grand 100 in 2.9 seconds, and 200 in merely 9.6 seconds. The car tops out at a theoretical 330kmh, a speed similar to its predecessor.

The exterior is where liberties have been taken – the cars are by default finished in “golden yellow metallic” paint – gold for short – and sport racing stripes from the rear to the nose. Some gold trim limns the wheels for good measure. To add to the grandness of the ouevre, a matching wrist watch and luggage set have been commissioned just for owners.

If gold isn’t really your colour, fret not: other options are available. Just be sure to put your order down before enthusiasts across the globe snap up this one.