Rare Picasso painting in Hong Kong ahead of historic auction 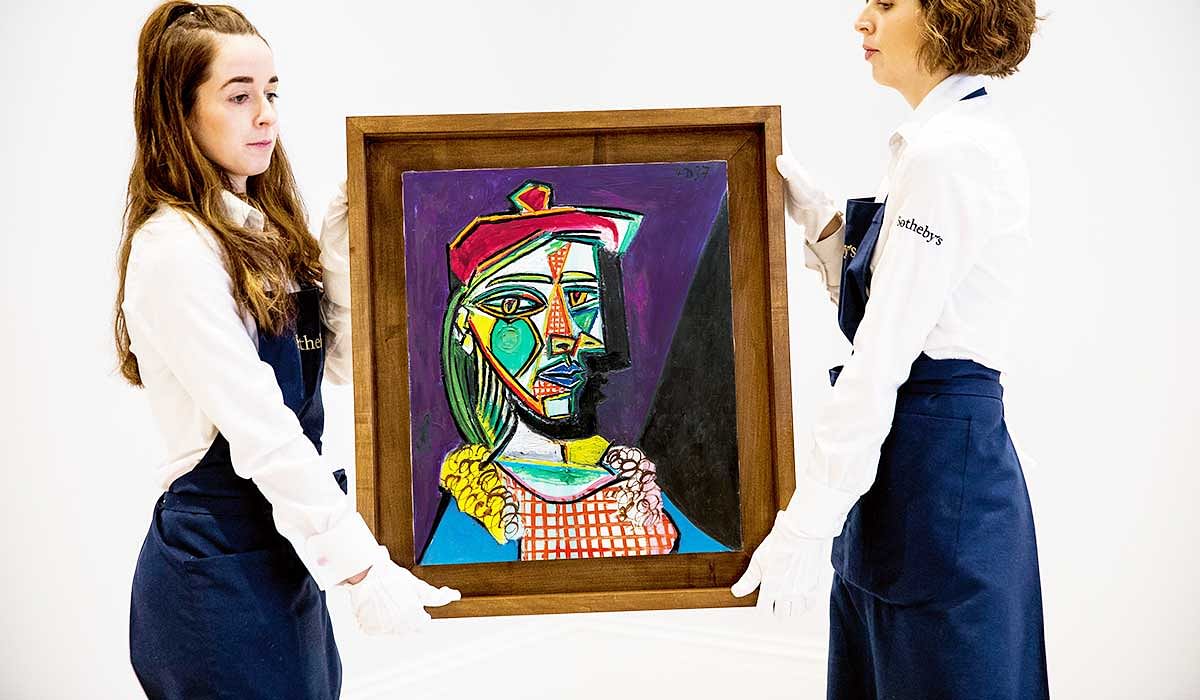 A rare Picasso painting on auction for the first time made its debut in Hong Kong at the start of a global tour last Tuesday. The painting – “Femme au beret et a la robe quadrillee (Marie-Therese Walter)” – is a colourful and angular depiction of Picasso’s French lover with a dark silhouette looming behind her face.

“Of all of the artist’s styles and decades, this is the one that most epitomises the legacy of Picasso as a portraitist of women,” said Thomas Bompard of the Impressionist and Modern Art department at Sotheby’s in London.

Walter began her relationship with Picasso as his mistress and muse when she was 17 and committed suicide in 1977, four years after his death.

Picasso painted the portrait a few months after his masterpiece “Guernica” was conceived in 1937 in the depths of Spain’s devastating civil war.

The portrait is said to explore Picasso’s evolving relationship with Walter as French artist Dora Maar emerged as his new lover, according to Sotheby’s.

The features of a distraught Maar were the subject of another celebrated Picasso painting in the same year – “The Weeping Woman” – created in the wake of the Guernica series.

The piece is making its first stop in Hong Kong and will be on public display in the city until Friday before travelling to Taipei, New York and London.

It will go under the hammer on February 28 as part of Sotheby’s Impressionist & Modern Art evening sale in London.

Picasso held the world record for the most expensive piece of art sold at auction with his “The Women of Algiers (Version 0)”, which fetched US$179.4 million (S$238.2 million) at Christie’s in New York in 2015. But last November, Leonardo da Vinci’s “Salvator Mundi” smashed that record by selling for US$450.3 million (S$597.9 million) in New York.