The 38-year-old partner of SGMC Capital is also is building a community of boxing gyms to lift the sport. 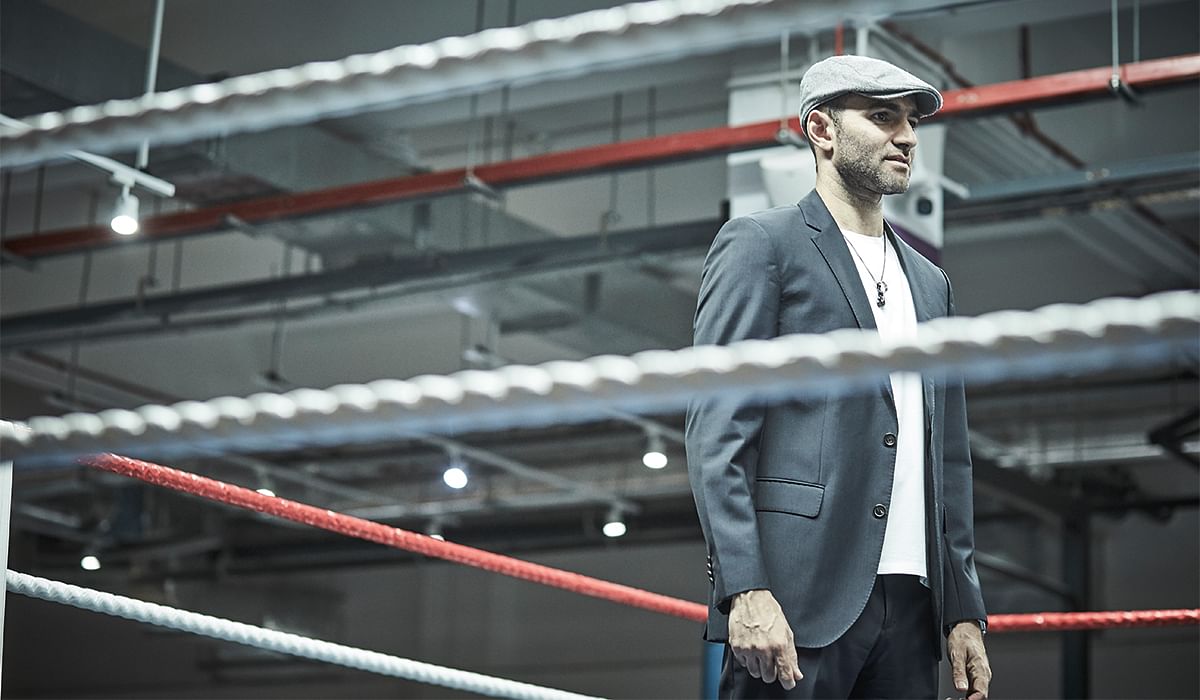 When Banca della Svizzera Italiana posted Ruchdi Hajjar to Singapore from Monaco in 2009, it was only meant to be a year-long stint. Instead, he stayed on and later met and married Mary Rose Tansey, a forensic accounting consultant with KPMG. They now have two boys, Ryan George, 3, and Jay Roger, 1.

With family and roots firmly planted here, the 38-year-old decided to strike out on his own four years ago, setting up an equity advisory consultancy. In 2017, he and a business partner got their licence from the Monetary Authority of Singapore to start SGMC Capital, a wealth and asset management company.

Formerly the president of the Monaco Boxing Association at age 27, Hajjar stayed fit by training at gyms such as Vanda after arriving in Singapore. Noting that most gyms focused on the popularity of mixed martial arts, he sniffed an opportunity. Three years ago, he founded Red Glove Management to promote boxing.

“Shortly after my first kid was born, I was walking down Kim Yam Road and saw this place, which used to sell sporting goods,” recalls Hajjar. “I opened the door, and then closed it. Immediately, I knew what my life was going to be like from then on.”

Hajjar turned the premises into a gym with a boxing ring in the middle, and aptly called it The Ring Boxing Community (The Ring, for short) in 2016. That October, he held the first boxing tournament at The Ring, which can hold up to 500 standing fans.

(RELATED: These 5 people in Singapore prove you can make your hobby into a business)

“Our first event may have had only 50 spectators, but it grew very fast from then on,” adds Hajjar, who has invested, together with his partners, over $1 million in the venture. “We are now considering hosting boxing events at bigger venues.”

The Ring stages nine competitions a year, including two professional fighting championships. Of course, it has been helping to rejuvenate the zeal for boxing in Singapore, but Hajjar is keenly aware that to be successful, the fraternity has got to come together.

“From the moment we started operations, we began building a community of boxing gyms, and have hosted eight Friendly Fight Fridays so far. We now have about 15 operators staging up to 35 fights per night at The Ring.”

While still very much a banker, Hajjar says he spends a fair bit of his time on his boxing enterprise. “We are expanding and have bought stakes in two gyms in Bangkok and Hua Hin, Thailand, respectively. We are also looking to open one in the Philippines soon. Yes, we are in this for the long haul.”

I do cardio training and run by the river from Robertson Quay to Marina Bay Sands and back two to three times a week. For strength conditioning, I use the facilities at my boxing gym. Sometimes I even step into the ring with my fighters.

I am quite careful with my diet and regularly maintain a balanced nutrient intake. However, I do allow myself treat days. I am French, after all, so when there is a good meal in front of me, I’ll enjoy it. But while I don’t avoid any food, I do try to eat everything in moderation.