Gan Siow Huang joins track and field stars, celebrated writers and educators as trailblazing women who set an example for others. 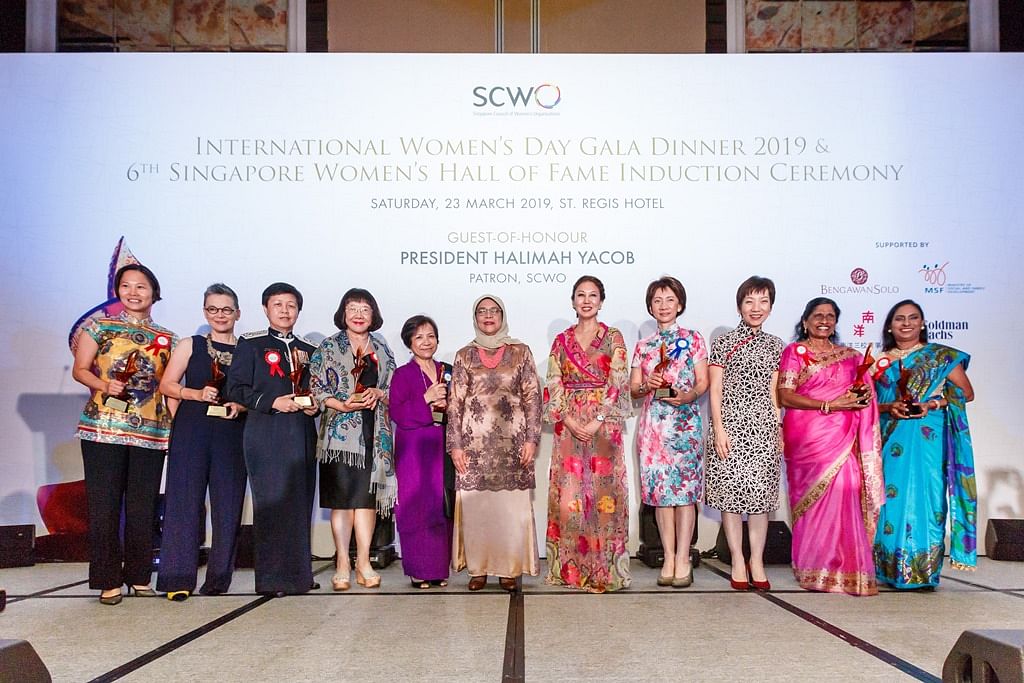 For the past five years, the Singapore Women’s Hall of Fame, an extension of the Singapore Council for Women’s Organisations (SCWO) Wall of Fame launched in 2005, has recognised extraordinary women who forged their own paths to achievement, who bust gender confines to lead, and who have made impactful changes with their determination, creativity and heart. Among the 152 luminaries are headlining names such as former Singapore ambassador to the US Chan Heng Chee, Banyan Tree group co-founder Claire Chiang, dancer Goh Soo Khim, scientist Jackie Yi-Ru Ying, and activist Noeleen Heyzer.

Eight more were honoured in a packed ballroom at The St. Regis Singapore on March 23, representing fields as diverse as education and the military, radio journalism and track and field. Said guest of honour Singapore President Halimah Yacob: “I am encouraged by the strides that women in Singapore are taking in many areas over the years, and breaking boundaries, including male-dominated industries. Indeed, women are now broadening their horizons, with more joining science and technology-based employment and the uniformed services.”

To further support women’s endeavours, she officially launched the Seeds of Change Fund to help women’s organisations develop and expand programmes. Said Dr June Goh, president of SCWO which will be administering the fund, the focus this year will be on projects that look into women’s employment and health.

Below, the eight inspiring personalities who, according to President Halimah, “inspire our young women that there are no boundaries, and you can excel in any field that you choose so long as you’re prepared to put your heart and soul into it.”