Forbidden City: Portrait of an Empress is a sumptuous showcase of young talents

Cheryl Tan and Benjamin Chow are a delight to watch as royal nemesis Cixi and Prince Tun. 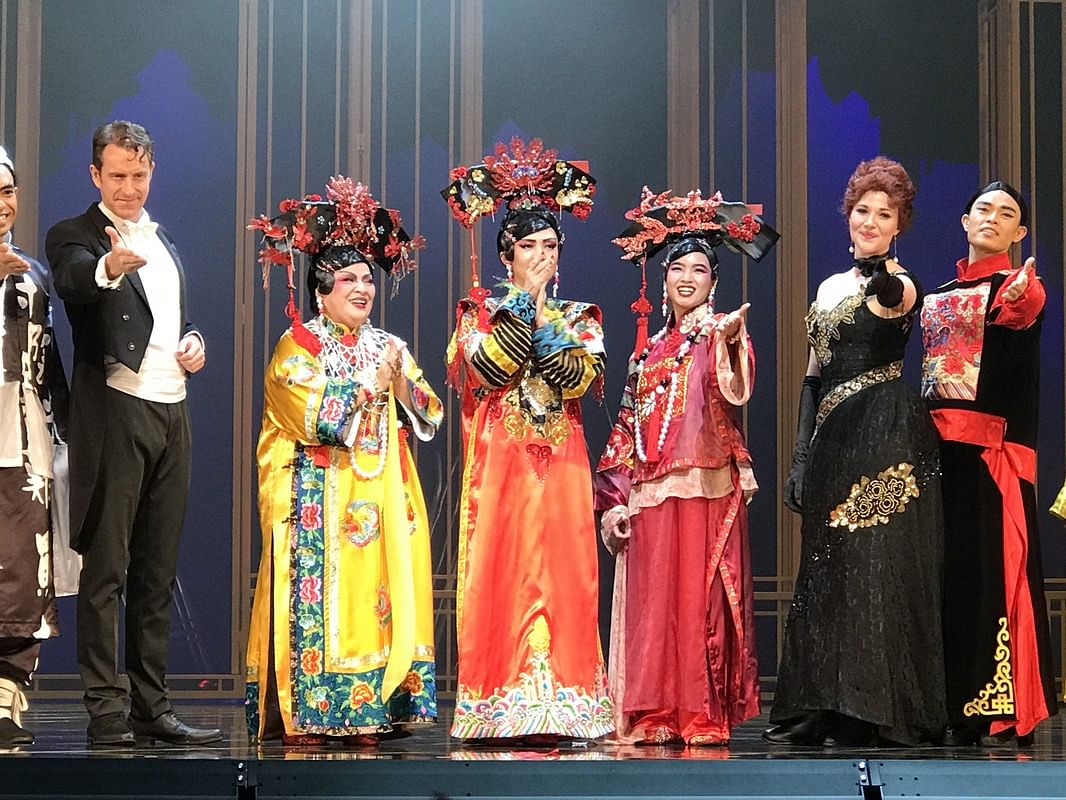 [dropcap size=small]W[/dropcap]atching Forbidden City in 2017, I could not but see similarities between the Empress Dowager and Hillary Clinton. Distanced by time and geography, the two are nevertheless united in their tale of women who strive for power. In the same way that Cixi was popularly demonised for her cruelty and corruption, Clinton was condemned for her ambition, ruthlessness, and cold heart.

Produced by Singapore Repertory Theatre with music written by Dick Lee, Portrait of an Empress shows us the human side of the controversial Chinese ruler through the frame of an American artist, a woman, invited to the Forbidden City to paint her majesty’s image. During their time together, sympathetic Kate Carl gradually extracts Cixi’s story, from her catching the Emperor’s eye, to her young, naive love for a man who cannot be possessed, court machinations, triumph and eventual downfall. And throughout – the fight for physical and political survival.

That’s a lot of complex emotions to be conveyed. And this production has Cixi played by three women – headliner Kit Chan takes the role of the embattled Empress in the second act, Sheila Francisco as the ageing, ever present Dowager looking back onto her past – her deep voice effectively emotive in conveying tragedy and despair – and Cheryl Tan in a star turn as the young concubine Yehenara, her talent lending heart-tugging poignancy to the first act. Equally stirring was Benjamin Chow as the Emperor’s ambitious brother, Prince Tun. Chow notably portrayed Lim Chin Siong in The LKY Musical two years ago and, like the multi-faceted Tan, is a theatre force to look out for.

See who attended the premiere gala.

The rest of the cast delivers the historical epic admirably. Dwayne Lau and Sebastian Tan as scribes provide much needed humour amid the pathos and seriousness of court plotting and personal tragedies, destruction and defeat. The production is beautifully rendered, as befits the opulence of an imperial court, and though a historical drama, still resonates with the power struggles of today.

Forbidden City, Portrait of an Empress is on until Aug 27, Esplanade Theatre.