Take a look inside the stunning, newly reopened Hôtel de Crillon in Paris

One of the world’s oldest luxury hotels has reopened after a four-year, multi-million-euro makeover. 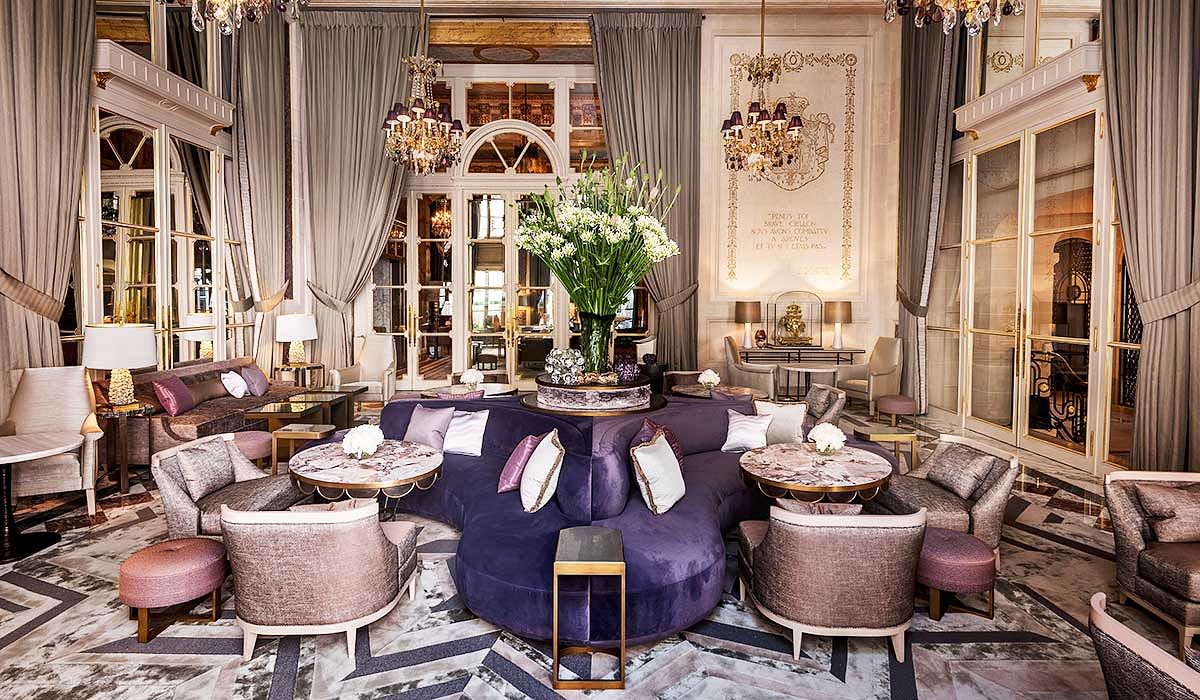 [dropcap size=small]T[/dropcap]he Hôtel de Crillon, one of the world’s oldest luxury hotels which looks onto the square where Louis XVI lost his head, has opened its doors after a multi-million-euro makeover lasting four years. The Crillon’s restoration lasted two years longer than planned, partly because of the creation of a second underground floor with a spa and swimming pool.The venerable Paris institution at the foot of the Champs Elysees, which is owned by a Saudi prince, has boasted among its regulars the likes of Ernest Hemingway and Charlie Chaplin.

A team of 147 artisans attended to the finest details of the neo-Classical building, restoring period frescoes, gold leaf trim and marble accoutrements in one of the world’s most prestigious hotels. It was the first facelift since the former residence of the Counts of Crillon opened to paying guests in 1909, and comes after the legendary Ritz reopened last year after a four-year renovation.

The hotel’s Michelin-starred chef Christopher Hache returns after embarking on a global mission scouting for techniques and ingredients used by other top chefs. In addition to running the hotel’s flagship restaurant Les Ambassadeurs, Hache is in charge of a brasserie and bar as well as a winter garden.

The hotel, which has attracted celebrity guests over the decades including Winston Churchill, Bill Clinton, Michael Jackson and Madonna, was originally built in 1758. A twin building also overlooks the emblematic Place de la Concorde.